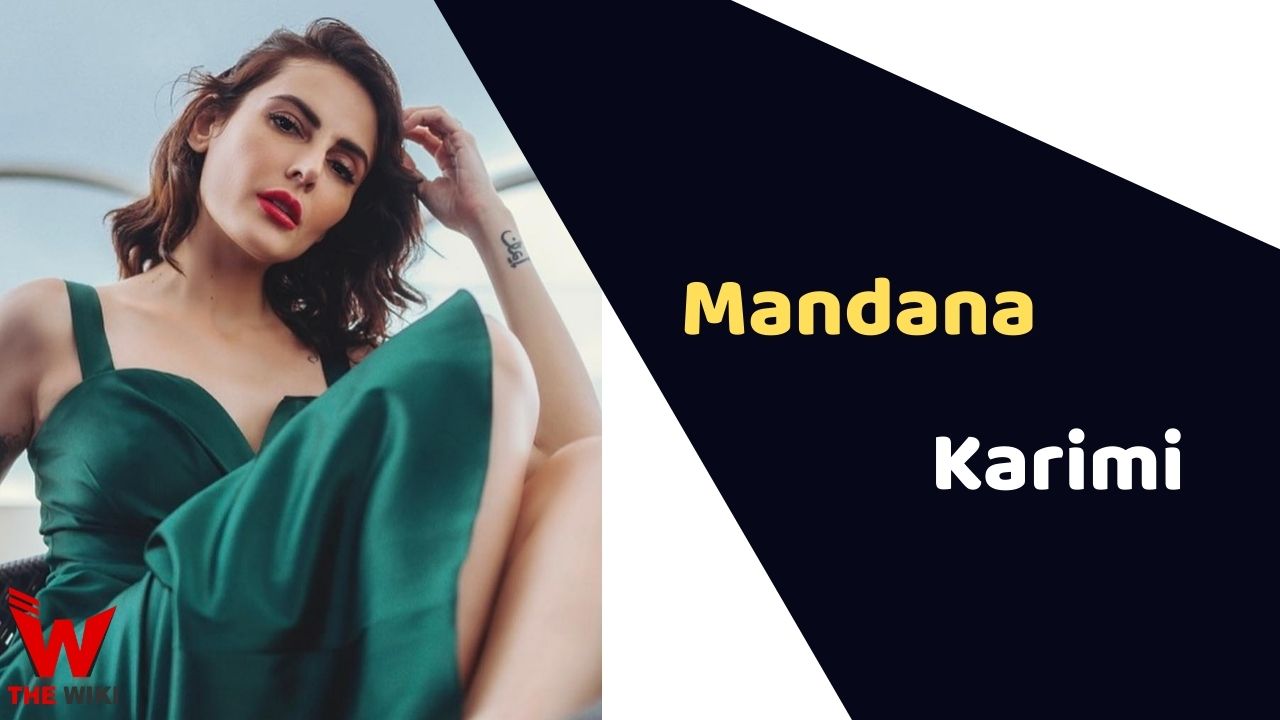 Mandana Karimi is an Iranian actress and model who predominantly works in the Indian entertainment industry. She took part in the popular reality television show Bigg Boss 9 and became the 2nd finalist in 2015. After working on several modeling projects all over the world, she showed up in the Bollywood movie Bhaag Johnny as a female lead.

Mandana Karimi was born on 19 May 1988 in Tehran, Iran. Her father’s name is Reza Karimi, and her mother’s name is Saba Karimi. Karimi started her career as an air hostess, and later quit that job to pursue a career in acting and modelling. Initially, she has done television commercials with leading Bollywood actors like Shahrukh Khan, Saif Ali Khan, Kareena Kapoor and Shahid Kapoor.

Mandana Karimi rosed her career with the Indian romantic-drama film Roy as Anita in 2015. She featured in the thriller movie Bhaag Johnny as Rachel D’costa in 2015. The same year, she appeared in the crime film Main Aur Charles as Liz in 2015. The story is told through the eyes of Indian police officer Amod Kanth. The Next year, she acted in the adult comedy film Kyaa Kool Hain Hum 3 as Shalu in 2016. She did a Chinese-Indian historical adventure movie Xuanzang as Rajyashri in 2016.

Mandana made her debut with the television reality series Bigg Boss season 9 and was the 2nd runner-up aired on Colors TV from 2015 to 2016. She guest-starred in the reality show Bigg Boss in 2016. In 2018, she played the role of Nancy Malhotra in the Star Plus romantic-drama serial Ishqbaaz. She acted in the thriller web series The Casino as Rehana Chaudhari on Zee5 in 2020. She participated in the reality show Lock Upp aired on MX Player and ALT Balaji in 2022.

Mandana Karimi tied the knot with Indian businessman Gaurav Gupta in 2017 and got separated in 2021.

Some Facts About Mandana Karimi

If you have more details about Mandana Karimi. Please comment below we will updated within a hour.