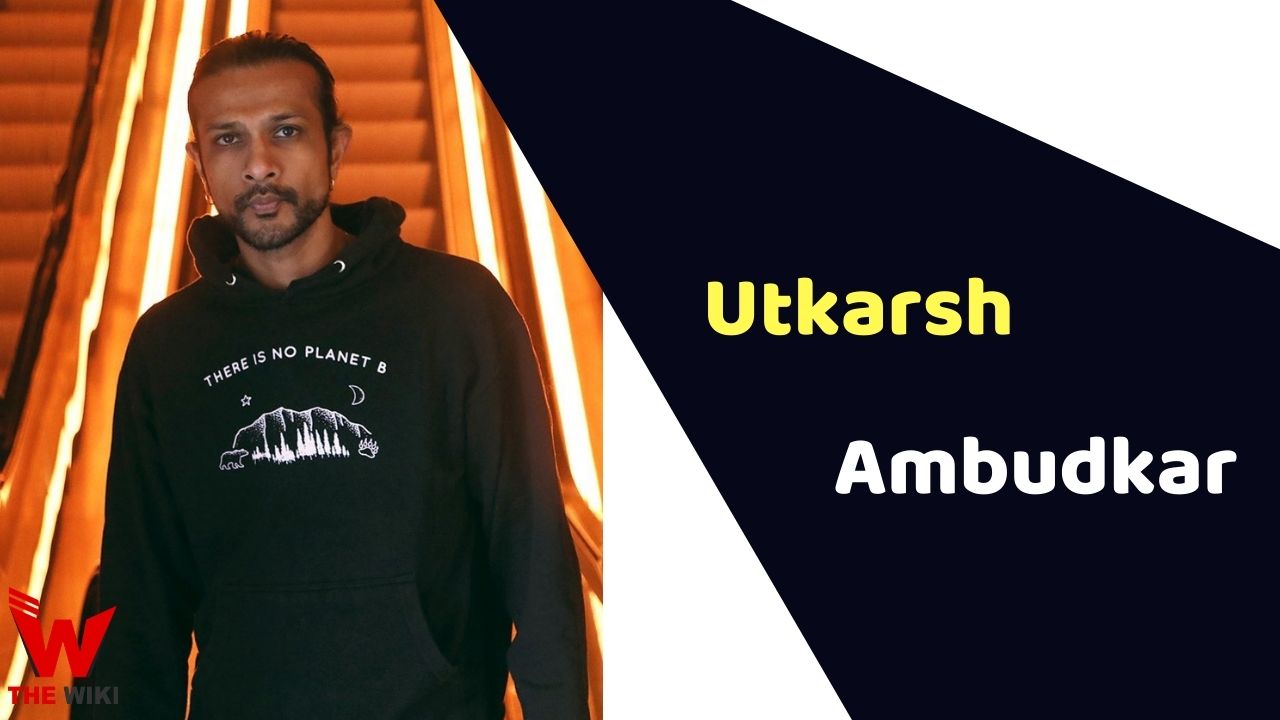 Utkarsh Ambudkar is an American television and film actor, rapper, and singer. He is a former VJ of MTV Desi. He is famously recognized for his work in Pitch Perfect, The Simpsons, Basmati Blues, Game Over, Man, Tick, Tick… Boom, Ghosts, and Special.

Utkarsh Ambudkar was born on December 8, 1983 in Baltimore, Maryland. His father’s name is Suresh V. Ambudkar, and his mother’s name is Indu Ambudkar. He graduated from Tisch School of the Arts at New York University.

Utkarsh started his career with the American comedy-drama film Rocket Science as Ram in 2007. He got featured in the teen musical-comedy movie Pitch Perfect as Donald in 2012. The film draws inspiration from Mickey Rapkin’s non-fiction book titled Pitch Perfect: The Quest for Collegiate a Cappella Glory. In 2015, he appeared in the comedy-horror movie Freaks of Nature as Parminder. Utkarsh starred in the romantic musical movie Basmati Blues as Rajit opposite Brie Larson in 2017. The Next year, he acted in the Carlos López Estrada directed film Bindspotting as Rin in 2018. He performed in the 2018 action-comedy movie Game Over, Man as Bae Awadi aired on Netflix.

In 2019, Utkarsh acted as Jern Dahn in the comedy film Brittany Runs a Marathon. This film is about an obese woman in New York who embarks on weight loss and practices for the city’s annual marathon. He played the role of Max Vora in the 2020 rom-com film The Broken Hearts Gallery. In 2021, he cast in the action-comedy movie Free Guy as Mouser, Keys’ co-worker. He lent his voice in the animated adventure-comedy film The Ice Age Adventures of Buck Wild as Orson, a villainous dwarf, in 2022.

Utkarsh debuted with the television children’s series The Electric Company as Harry from 2006 to 2010. From 2013 to 2017, he got featured in the romantic-comedy series The Mindy Project as Rishi Lahiri. He lent his voice in the adult-animated series The Simpsons as Jay in Much Apu About Something episode in 2016. The show is set in the fictional town of Springfield. In the same year, he performed in the series The Muppets as Pizza in 2016. The Next year, he starred in the TV series White Famous as Malcolm in 2017, its story is based on the life of Jamie Foxx.

In 2021, he did many tv shows like Never Have I Ever as Mr. Kulkarni, Blindspotting as Niles Turner, Ghosts as Jay, and Special as Ravi.

Utkarsh Ambudkar tied the knot with Naomi Campbell in the year 2019. The couple also bless with two children.

Some Facts About Utkarsh Ambudkar

If you have more details about Utkarsh Ambudkar. Please comment below we will updated within a hour.