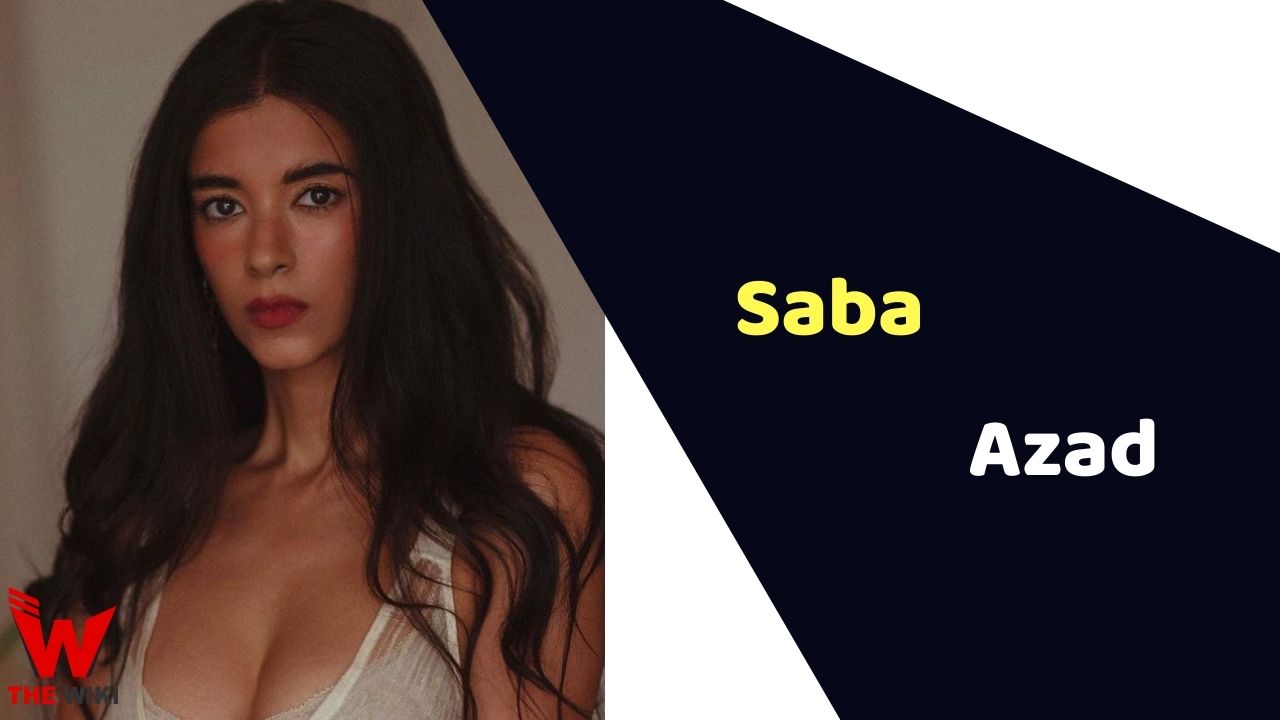 Saba Azad (also known as Saba Sultana Azad and Saba Singh Grewal) is an Indian actress, theatre director and a musician. She is best known for playing lead roles in film Mujhse Fraaandship Karoge and Dil Kabaddi. Apart from this, Azad has also sung in many Bollywood films, including films like Nautanki Saala, Mard Ko Dard Nahi Hota, Karwaan, Shaandaar.

Saba Azad was born in 1990 to Azad Singh and Sultana Azad in Delhi, India. She has a sister named Karuna Azad. Saba completed her schooling from Alexandra School, Amritsar. She graduated from Sidana Institute of Management and Technology, Amritsar. She currently lives in Mumbai

Saba has worked in many Bollywood movies and various albums. In 2008, she made her Hindi debut in the film Dil Kabaddi starring alongside Irrfan Khan, Rahul Bose and Konkona Sen Sharma. She has also done a short film Guroor. The film was featured at several international film festivals in New York and Florence.

In 2011, Saba starred in the romantic comedy film Mujhse Fraaandship Karoge. She did various commercials for brands like Cadbury, Pond’s, Kit kat, Vodafone, Sunsilk and Airtel. In 2010, she opened her own theatre company The Skins and directed her first play Lovepuke.

Her interest in music and singing motivated her to start an electronic band. Apart from being an actress in Bollywood, she has recorded songs for movies like Dhak Dhak Karne Laga for Nautanki Saala (2013), Calcutta Kiss for Detective Byomkesh Bakshy (2015) and Nakhrewali for Mard Ko Dard Nahi Hota (2018).

Saba Azad was in a relationship with Imaad Shah, an actor and musician but they broke up. In 2022, she was spotted walking hand-in-hand with actor Hritik Roshan. The duo was clicked outside a cafe in Bandra by the paparazzi.

Some Facts About Saba Azad

If you have more details about Saba Azad. Please comment below we will updated within a hour.