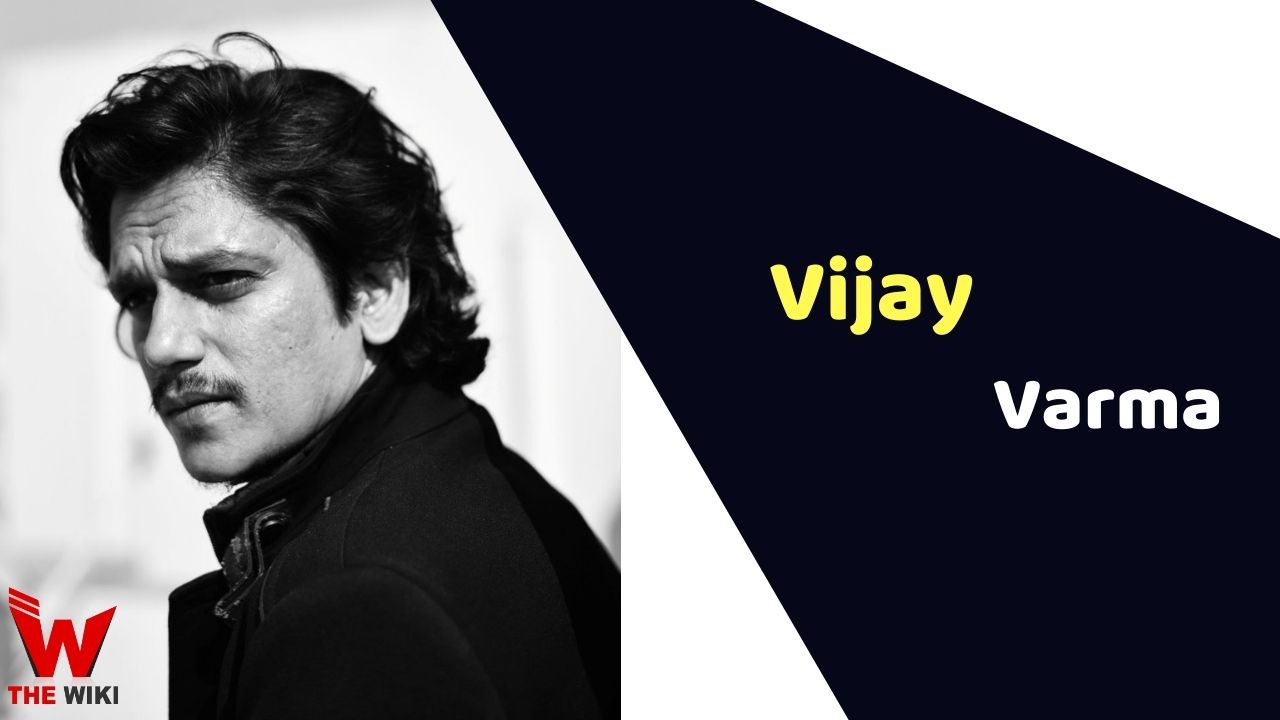 Vijay Varma is an Indian film actor who predominantly works in Hindi and Telugu films. He is known for playing the role in the film Pink as Ankit Malhotra in 2016. He made his Bollywood debut with the film Chittagong in 2012. Recently, he has acted in films like Bamfaad, Yaara and Baaghi 3.

Vijay Varma was born on 29 March 1984 in Hyderabad, Telangana. He belongs to a Marwari family. He had developed an interest in acting when he was a kid. Varma started his acting career with a basic theatre in his hometown. He has acted in many plays and skits. Later, he went to FTII, Pune, Maharashtra to pursue his acting career. One of his friend paid his acting diploma fee because his parents were against him at that time.

Varma has completed his primary and secondary schooling from Hyderabad, Telangana. During his school days, he used to act in small skits and plays. He completed his graduation in Performing Arts from Film and Television Institute of India. He likes to playing video games and enjoys watching films.

Vijay shifted to Mumbai, Maharashtra after completing his post-graduation course in search of acting job. He got his first acting work Raj Nidimoru and Krishna DK’s short film Shor, which was a big bang hit and won the Best Short Film at the MIAAC Festival, New York. He has worked in many films like Gully Boy (2019), Super 30 (2019), Rangrezz (2013), Monsoon Shootout (2017) etc.

He has also appeared in web series like A Suitable Boy, She, Mirzapur 2 etc. He was nominated for Best Supporting Actor at 65th Filmfare Awards for his portrayal as Moeen in Gully Boy.

Some Facts About Vijay Varma

If you have more details about Vijay Varma. Please comment below we will updated within a hour.