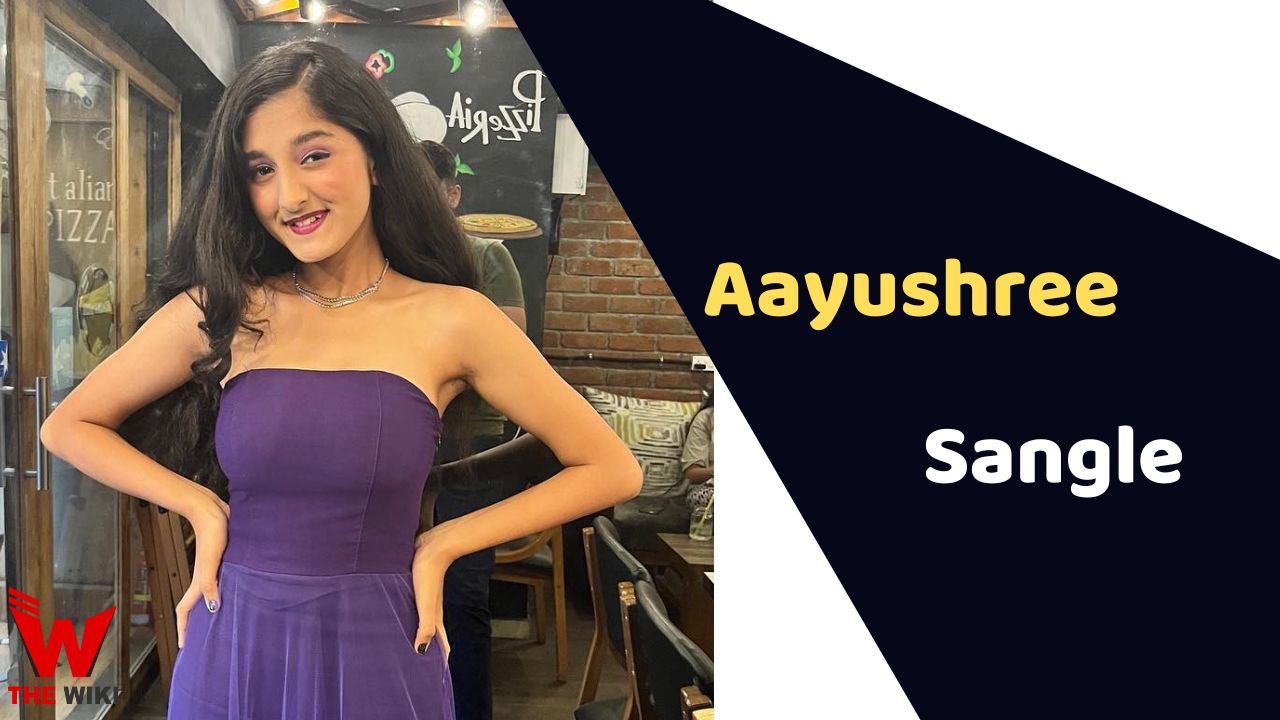 Aayushree Sangle is an Indian television actress. She is known for playing supporting roles in TV shows like Deva Shree Ganesha, Mere Sai and Saavi Ki Savaari. She started her career through television commercials. Aayushree has been active in film industry since 2019.

Aayushree Sangle was born in Mumbai, Maharashtra to a Hindu family. She is daughter of Santosh Sangle and Madhuri Sangle. She is currently pursuing her schooling. Aayushree started her career as a background artist in television commercial. In 2019, she got chance to feature with Bollywood actress Kajol, from there, she aimed to become an actress. She later worked in many TVC for brand and Marathi television shows. She got her first breakthrough role of Siddhi Devi in Sony Entertainment show Deva Shree Ganesha in 2020. Later, she also played important roles in Mere Sai and Saavi Ki Savaari.

some Facts About Aayushree Sangle

If you have more details about Aayushree Sangle. Please comment below we will update within an hour.