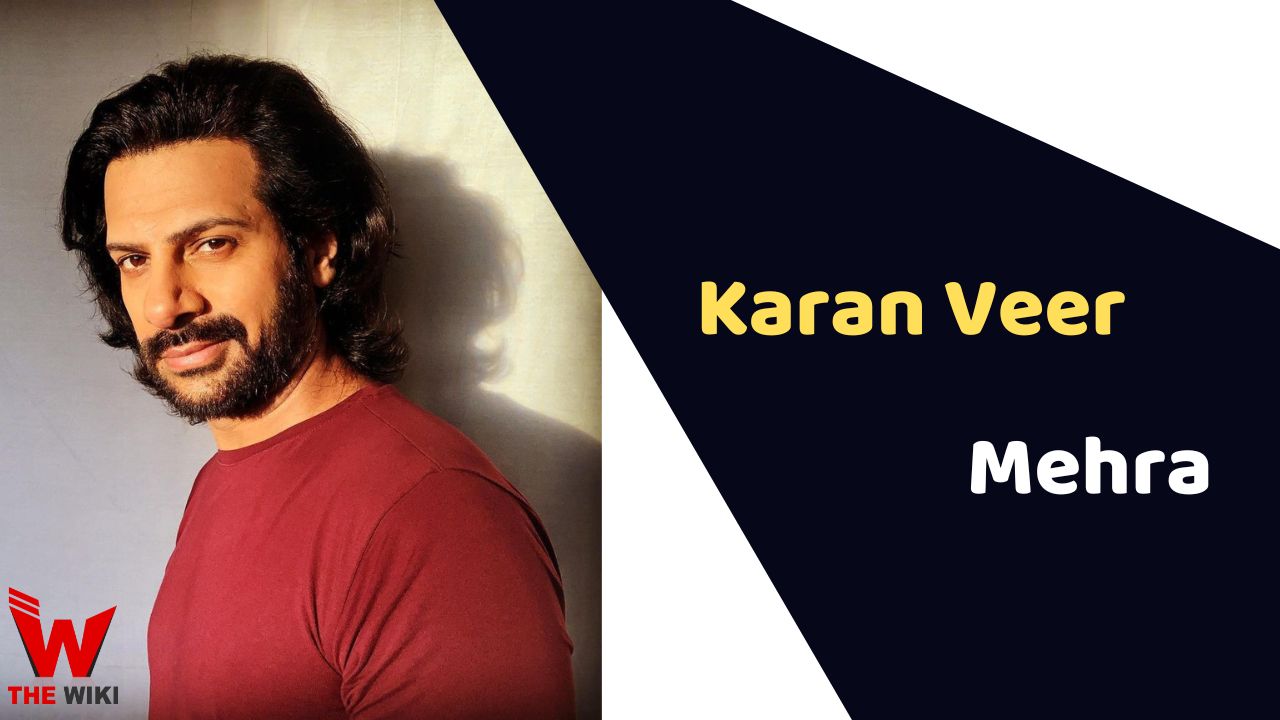 Karan Veer Mehra is an Indian television actor. He is popularly known for playing the role of Naren Karmarkar in the TV show Pavitra Rishta, which aired on Zee TV. He began his career with the show, Remix in 2005. In 2022, he appeared in Hott studio’s web series Couple of Mistakes opposite Barkha Sengupta. Mehra was also featured in the lead role in a series Biwi Aur Main, on Sony SAB TV. He has also been featured in many Bollywood movies such as Ragini MMS 2, Mere Dad Ki Maruti, Blood Money, Badmashiyaan, Amen, etc.

Karan Veer Mehra was born on 28 December in New Delhi. The actor hails from a middle-class family, where he has been taught to minimize his needs, so the struggle he faced in Mumbai was nothing new. But once he started gaining projects his career soared.

Mehra studied at the Wynberg Allen School in Mussoorie. After that, he continued his higher secondary education in Delhi at Delhi Public School (DPS). He graduated from Delhi College of Arts & Commerce with a degree in advertising and sales promotion. He also acquired his acting training from John Berry’s acting school.

Mehra started his career in 2005 with the television show Remix, which was featured on Star One. But, he gained popularity in Indian households with his character of Naren Karmarkar in Pavitra Rishta, which use to be broadcast on Zee TV. In the following year, he worked on the popular Hindi television show, Saath Rahega Always, where he played the character of Soham, the show was based on a college friendship of 4 people with different personalities and goals, which got premiered on Sahara One.

In 2006, Mehra worked on two shows namely Sati…Satya Ki Shakti and Twinkle beauty Parlour where played the role of rocky, and through that he made his debut on SAB TV.

Unlike most actors, Mehra didn’t niche down only to TV shows, he explored it all and worked on numerous projects, experimented with different characters which can be seen in his work Amen (2010), the short film which got into controversy, and after about 6 months the Central Board of Film Certification granted permission for Amen to be released with an adult certificate.

Mehra also appeared on the web series It’s Not That Simple as Jayesh along with Swara Bhaskar,  Purab Kohli, Sumeet Vyas, Vivan Bhatena, Neha Chauhan etc. where he made an appearance in Voot’s online series. Poison 2 was the last series he worked on which got broadcasted on ZEE5.

Additionally, he appeared in other Bollywood films, including Ragini MMS 2, Mere Dad Ki Maruti, Blood Money, Badmashiyaan, and Amen. With 17 years in the entertainment industry, his work has been greatly appreciated by his fans, be it web series, daily soaps, or blockbuster movies.

In 2021, Mehra tied the knot with the actor Nidhi Seth in an intimate ceremony. They arranged the wedding according to COVID-19 norms, with just 30 guests invited to the ceremony and dinner following. For special family and friends, the couple planned a grand reception in Mumbai.

“It was for an ad campaign that we first met in 2007-08, and then we didn’t speak again. During the course of another project in 2018, we met and started getting to know each other.

We would meet for coffee, then have dinner or ice cream afterward. During those meetings, we didn’t commit anything but took good care of each other. As a result of our sweet gestures and caring nature, the bond between us grew stronger and we gradually grew to love each other.

But this journey of finding the love of his life wasn’t this rosy. The actor met with a bike accident in December 2016 and was bed-ridden for over five months. Battled alcoholism and went through a separation from his wife Devika, who was his childhood sweetheart for 10 years and was married to each other for 8 years, but unfortunately, they could not withstand the blitz of the glamour world they started to drift apart which later ended in divorce.”

Some Facts About Karan Veer Mehra

If you have more details about Karan Veer Mehra. Please comment below we will update within an hour.