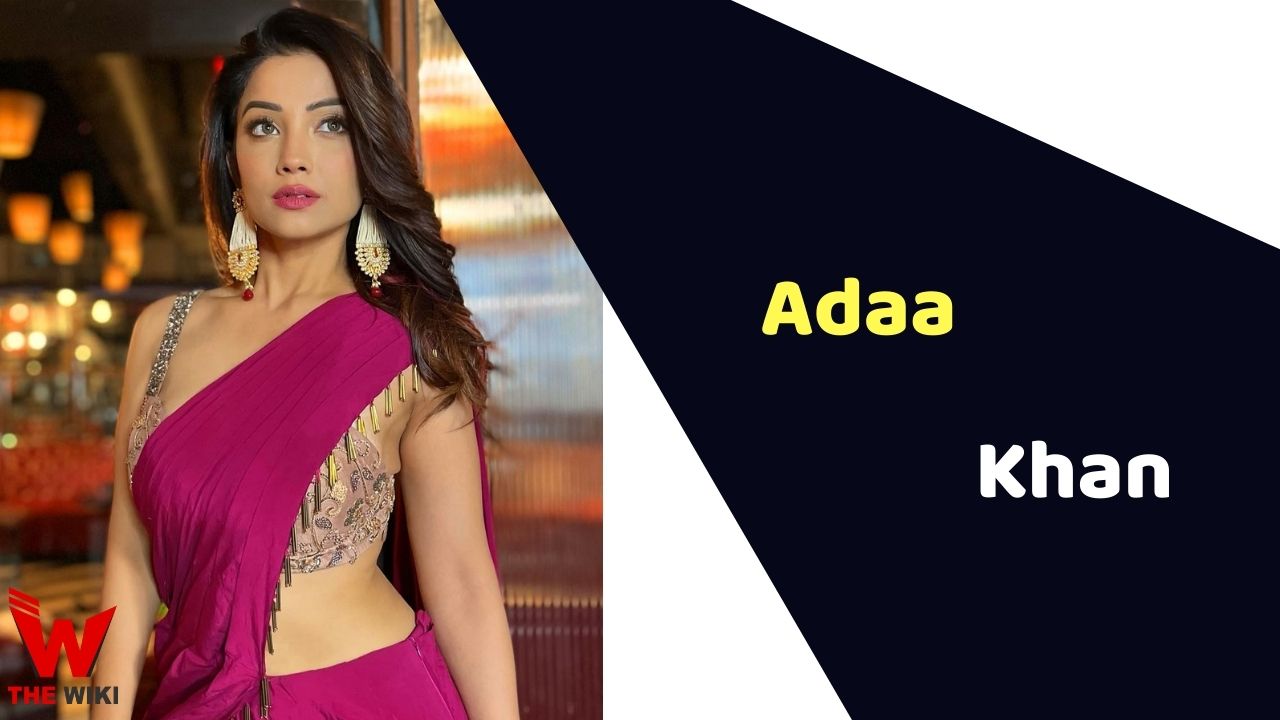 Adaa Khan is an Indian actress and model. She predominantly works in Hindi television and film industry. She is renowned for depicting Akashi in Behenein, Amrit in Amrit Manthan, Shesha in Naagin, and Sitara in Vish Ya Amrit: Sitara. Adaa participated in the reality show Fear Factor: Khatron Ke Khiladi Season 10 in 2020.

Adaa Khan was born on 12 May 1989 in Mumbai, Maharashtra, India. Her mother’s name is Parvin Khan. She has a sibling named Imran Khan.

Adaa started her career with the television series Palampur Express as Vigya, best friend of Pavni, in 2009. From 2010 to 2011, she got featured in the serial Behenein as Aakashi Shastri, Revati and Sevanti’s third daughter. She starred as lead actress in the serial Amrit Manhan aired on Life OK from 2012 to 2013. It’s about two sisters who become enemies of one another. She took part in the reality show Welcome 2 – Baazi Mehmaan Nawazi Ki in 2014. The same year, she appeared in the serial Piya Basanti Re as Piya Kabir Shah on Sony Pal in 2014.

In 2015, Adaa hosted the stand-up comedy show The Great Indian Family Drama broadcasted on SAB TV, based on the Nawaab’s daily life adventures. She starred in the long-run supernatural-fiction serial Naagin as Shesha, Kaali Naagin, a maternal cousin of Shivanya, from 2015 to 2017.

In 2018, she performed as Mrs. Pramod Kumar in the TV comedy series Kanpur Wale Khuranas. From 2018 to 2019, she played the role of Sitara Shekhawat, Kuldeep, and Vrinda’s daughter in the supernatural series Vish Ya Amrit: Sitara. She did a television reality show Fear Factor: Khatron Ke Khiladi 10, aired on Colors TV in 2020.

Khan was in a relationship with an actor Ankit Gera. However, he was allegedly cheating on her with his then co-star Roopal Tyagi from Sapne Suhane Ladakpan Ke.

Some Facts About Adaa Khan

If you have more details about Adaa Khan. Please comment below we will updated within a hour.