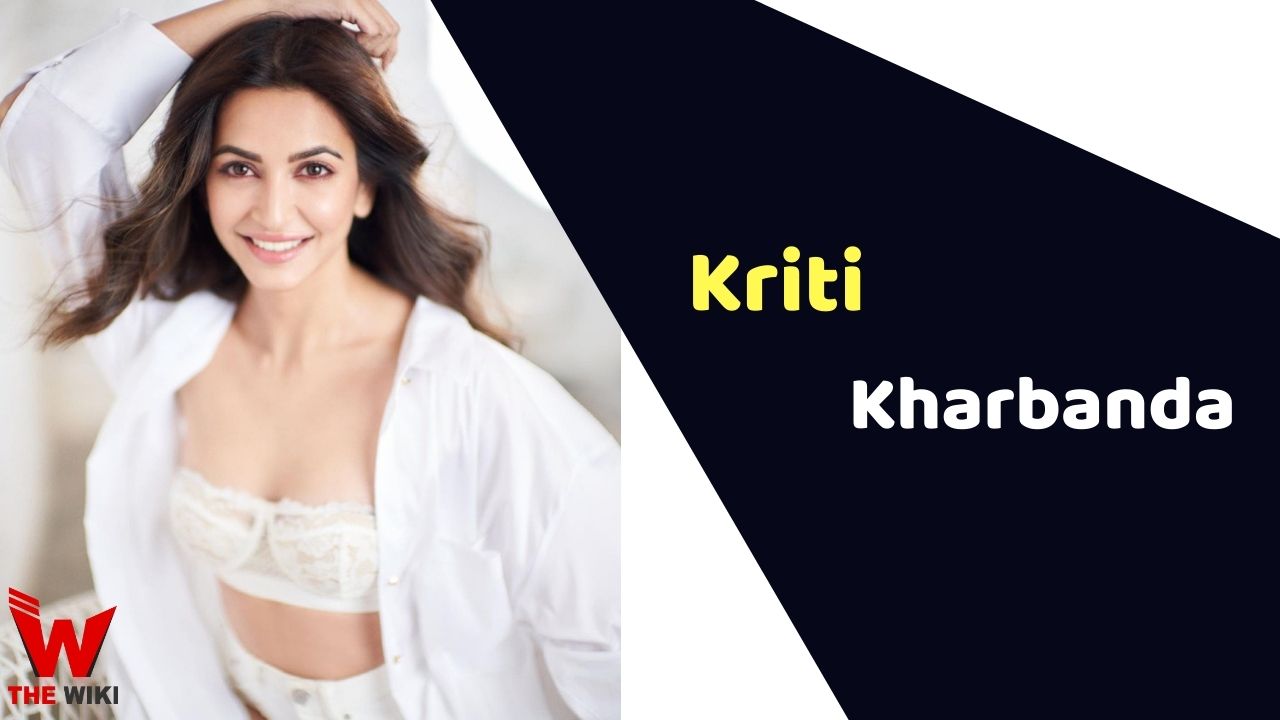 Kriti Kharbanda is an Indian actor who has appeared in Telugu, Kannada, and Hindi movies. She has actively worked in the film industry since 2009. Kriti has also done some modeling and continues to pursue it along with acting. Kharbanda is known for playing lead role in films Raaz: Reboot, Shaadi Mein Zaroor Aana, Housefull 4 and Pagalpanti.

Kriti Kharbanda was born on 29th October 1990 in Delhi, India. Kriti was born in a Punjabi household and her parent’s names are Ashwani Kharbanda and Rajni Kharbanda. She has two siblings named Ishita Kharbanda and Jaiwardhan Kharbanda (Co-founder of Paper Plane Production). She actively took part in cultural activities in college and school.

Kriti has acted in several advertainments in her childhood and in her school and college times. She also modeled during school and college. She acted in fair & lovely, Bhima Jewellers and Spar. With her mother’s support, she took her acting career forward as she initially did not plan to become an actor.

Kharbanda made her acting debut with the Telugu movie named Boni (2009). Some of her Telugu movies are Ala Modalanindi, Teen Maar, Ongole Githa, and many more. Later she was featured a Kannada film Chiru(2010) directed by Mahesh Babu and written by Swamiji. After that she actively worked in several projects in Kannada, Tamil and Telugu cinema.

In 2016, Kriti got opportunity to work and made debut in Bollywood as lead actress with Raaz: Reboot, directed by Vikram Bhatt alongside Emraan Hashmi and Gaurav Arora. After that she has appeared in Guest in London, Shaadi Mein Zaroor Aana, Housefull 4, Pagalpanti etc.

Since 2019, she is dating the actor Pulkit Samrat and they regularly post each other’s pictures online.

Some Facts About Kriti Kharbanda

If you have more details about Kriti Kharbanda. Please comment below we will updated within a hour.