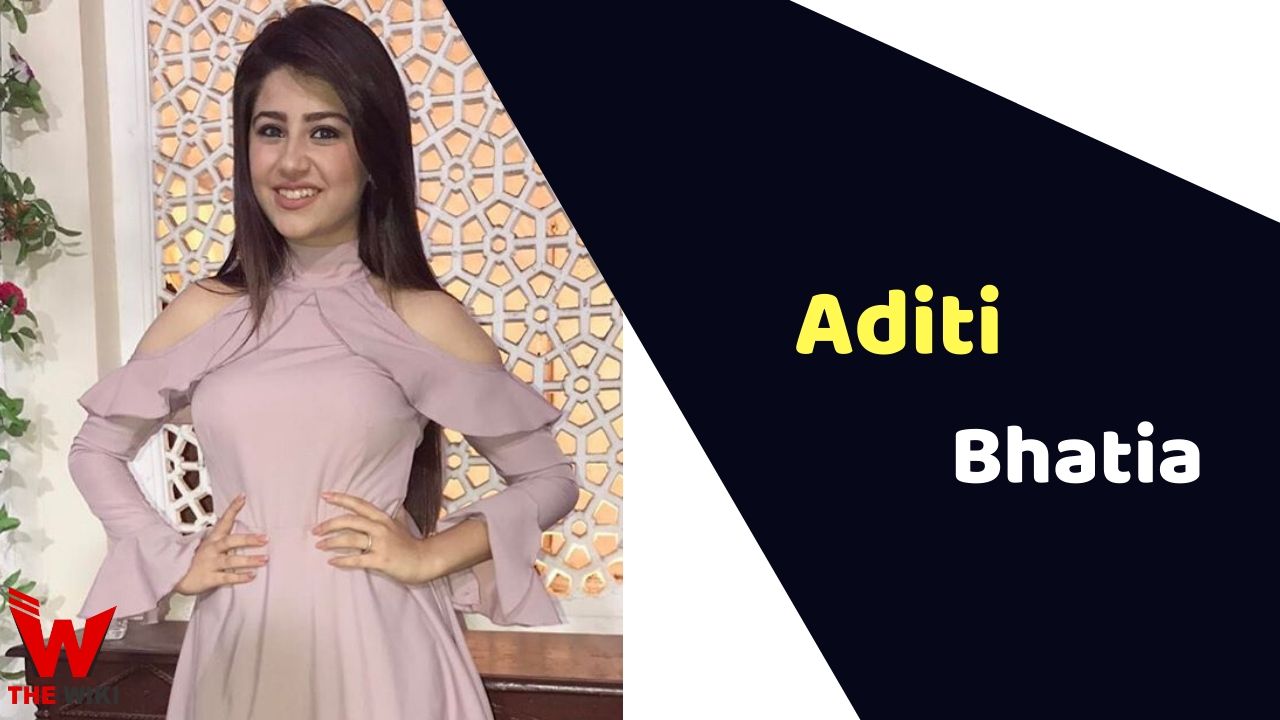 Aditi Bhatia is an Indian television actress. She is known for her character Ruhi Bhalla in the television show Ye Hai Mohabbatein. She started her career as a child artist. Today she is one of the successful actresses of the Hindi television industry.

Aditi Bhatia was born on 29 October 1999 in Mumbai, Maharashtra to a middle class Punjabi family. She is one of the favorite actress in the television industry who started her career as a child artist. Aditi made her career debut at the age of 5 with the TV show Home Sweet Home. After which she also appeared in the films Shootout at Lokhandwala, The Train and Chance Pe Dance.

Aditi acted as a mature actress in the serial Tashan-e-Ishq. In this show, she played the role of Bubbly Taneja. She got recognition in the television industry in 2016 by the serial Ye Hai Mohabbatein, in which she appeared in the important role of Ruhi Bhalla.

Some Facts About Aditi Bhatia

If you have more details about Aditi Bhatia. Please comment below we will updated within a hour.