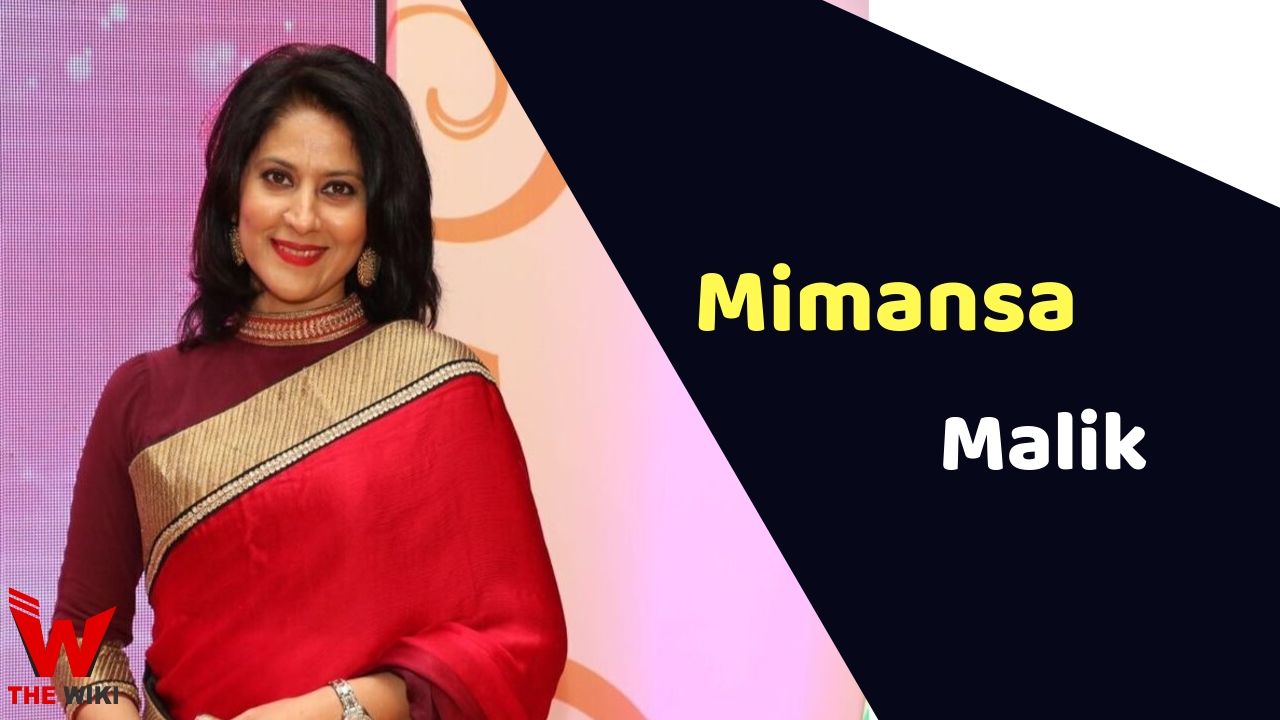 Mimansa Malik is an Indian journalist and news anchor, she is working as a senior anchor and producer on Zee News Channel. She has been associated with this media institute since 1998. Currently she is seen anchoring prime time news bulletins, including ‘Nonstop at Nine’, ‘Prime Time Special’, ‘Metro Time’ and Special News Show’ Zee Helpline – Haq Ka Sawaal.

Mimamsa Malik was born in Sonipat, Haryana. She belongs to a Jat family. Her father Raghuveer Singh and mother Kamlesh were school teachers. She got an educated family environment in childhood. In the year 1999, Mimamsa married with Deepak Tehran, they also have a child named Abhyuday Singh.

Malik got her early education from Sonipat. She completed her schooling from Holy High School afterwards she graduated in journalism from Guru Jambheshwar University, Hisar. Malik was very good in studies and was also honored many times.

Malik started her career in the year 1998. After studied graduation, she started working for Zee News Media. Since that she has been constantly associated with the group, she works as a senior producer and news anchor on this channel. When other anchors of Zee News Media are facing allegations of bias, Malik has kept his identity separate from others.

She has been awarded various awards in the past for her outstanding contribution in the field of journalism, including Rajdhani Ratna Award (2004), Indian Tally Award (2004), Haryana Gaurav Award (2006), Sashakt Mahila Samman (2017) and Mahadev Jyoti Analkaran Award (2006). She has also been awarded with Dr. S. Radhakrishnan Memorial National Media Network Award. Mimamsa is a well-known face in the world of broadcast journalism.

Some Facts About Mimansa Malik

If you have more Details about Mimansa Malik. Please comment below we will updated within a hour.