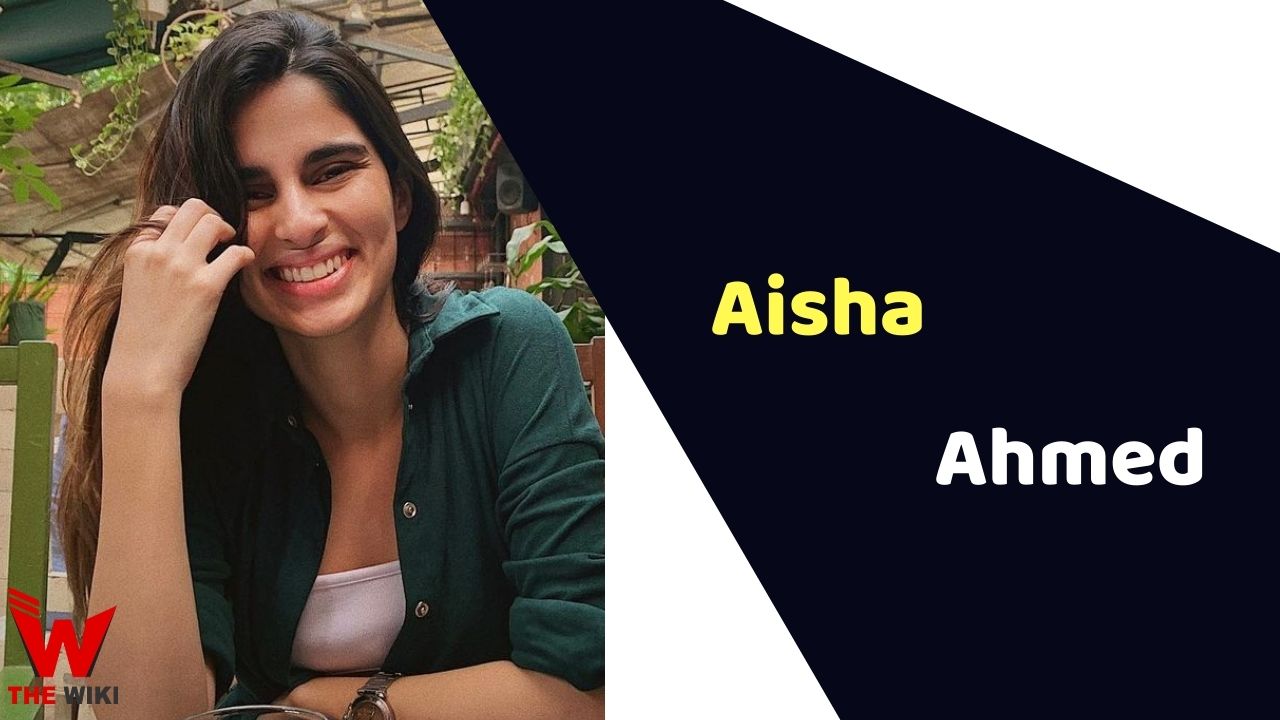 Aisha Ahmed is an Indian actress and model. She is best known for 3 Storeys (2018), Zindagi in Short (2020) and Tum Bin 2 (2016). Aisha also worked as a model for fashion products. She has also appeared in television commercials for brands such as Coca-Cola, OLX, Revlon, Philips and Ultra Tech Cement.

Aisha Ahmed was born on 8 May 1996 to Asad Ahmad and Rukhsar Rehman in Mumbai, Maharashtra. She belongs to a film background family, her step-father Faruk Kabir is a well-known filmmaker who directed films like Khuda Haafiz, Allah Ke Banday and The Awakening. Her mother Rukhsar Rehman is also an popular actress.

Aisha completed her schooling from Barnes School and Junior College, Deolali. She graduated from Mithibai College, Mumbai. She played some theatre shows in her college days.

Aisha started her career as an actress with the Bollywood movie Tum Bin 2 in 2016 followed by Rubaroo. In 2018, she appeared as Malini Mathur in the thriller drama film 3 Storeys. She subsequently part of many web series and YouTube sketch videos including Adulting, Minus One, Zindagi inShort and Balcony Buddies.

Some Facts About Aisha Ahmed

If you have more details about Aisha Ahmed. Please comment below we will updated within a hour.