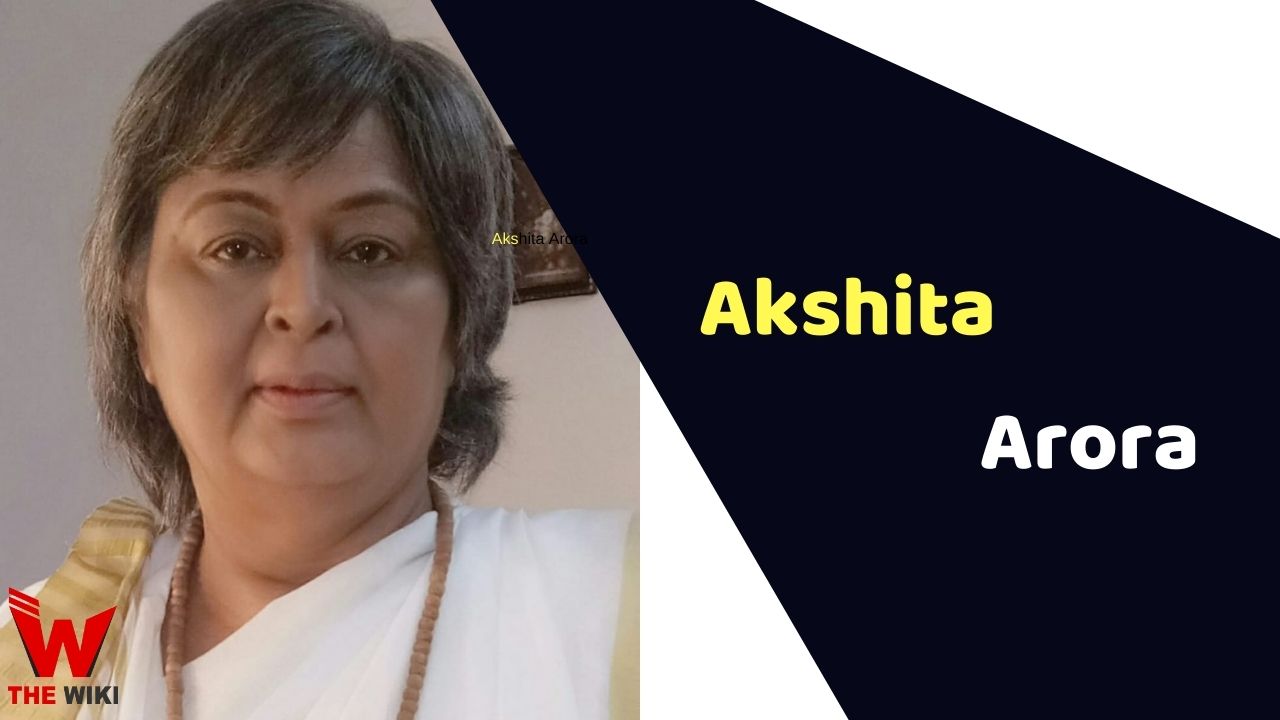 Akshita Arora is an Indian television and film actress. She has appeared in many popular television series like Barrister Babu, Kamaal Hai Dhamaal Hai, Pyaar Ke Papad, Ikyaavan etc. She has been part of this acting industry for many years. Arora lives in Mumbai, Maharashtra.

Akshita Arora was born in the year 1967. to a middle class Hindu family. She has spent more than 20 years in this acting industry. She is generally known for her role as grandmother (dadi). Arora started her acting career as a television actress. Thereafter, she played a minor role in a Hindi film as a mother. Arora is known for playing grandmother role of female protagonist Gauri in Big Magic’s popular TV show Jai Maa Vindhyavasini in year 2013. Although she mostly played supporting roles but made strong presence through her acting.

Arora made her Bollywood debut with the film Na Ghar Ke Na Ghat Ke (2010). It was a comedy film directed by Rahul Agrawal.

Some Facts About Akshita Arora

If you have more details about Akshita Arora. Please comment below we will updated within a hour.