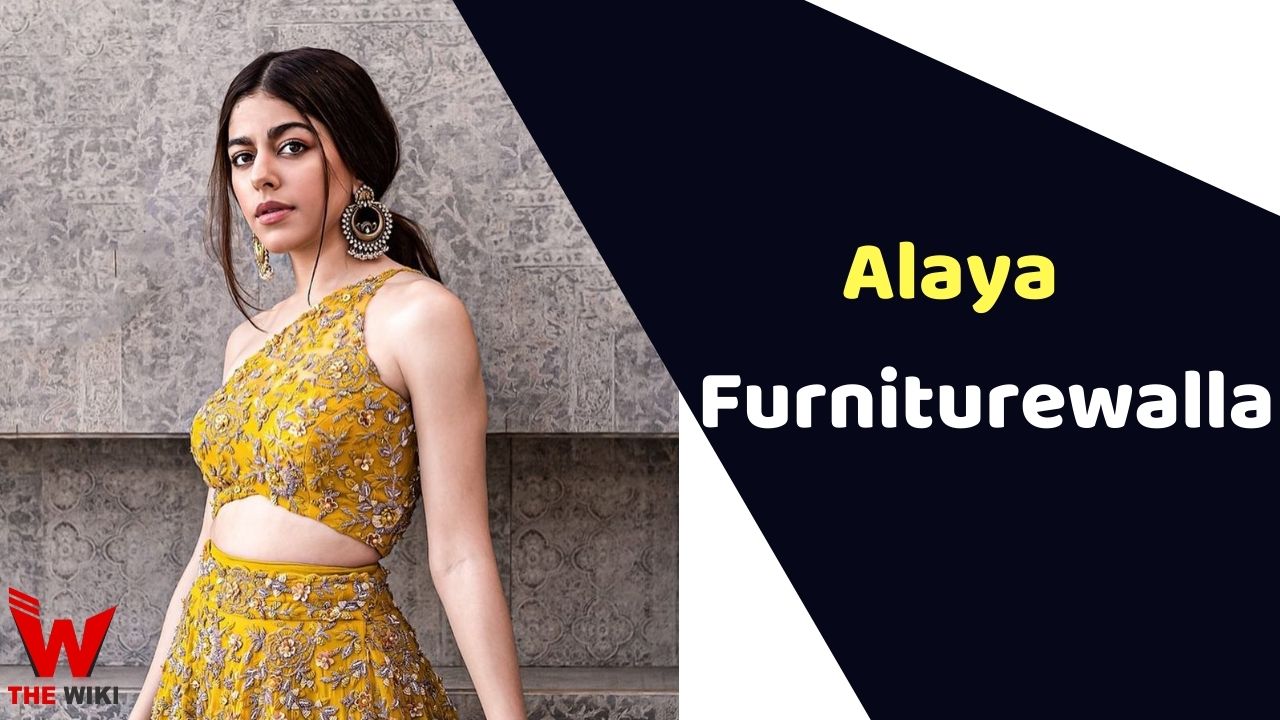 Alaya Furniturewalla is an Indian actress who primarily works in the Bollywood film industry. She made her debut in 2020 in the prominent role of the comedy film Jawaani Jaaneman, which earned her a Filmfare Award for Best Female Debut. She is maternal granddaughter of veteran actor Kabir Bedi and Protima Bedi.

Alaya Furniturewalla was born on 28 November 1997 in Mumbai, Maharashtra. She is daughter of Farhan Furniturewalla and Pooja Bedi. Her mother’s is famous actress and has been worked in films like Jo Jeeta Wohi Sikandar, Vishkanya, Lootere etc. Alaya has a sibling named Omar Furniturewalla and one half-sibling Zaan Furniturewala. She did her schooling at Jamnabai Narsee School, Mumbai, and completed her diploma in acting at the New York Film Academy.

Alaya began her career with the family comedy-drama movie Jawaani Jaaneman as Tia Singh, a 21-year-old girl pretending that a 40-year-old person who hates weddings is her father, produced by Pooja Entertainment. The film has received mixed criticisms and has received praise for its beginnings. Her upcoming project includes U Turn and Freddy.

Some Facts About Alaya Furniturewalla

If you have more details about Alaya Furniturewalla. Please comment below we will updated within a hour.