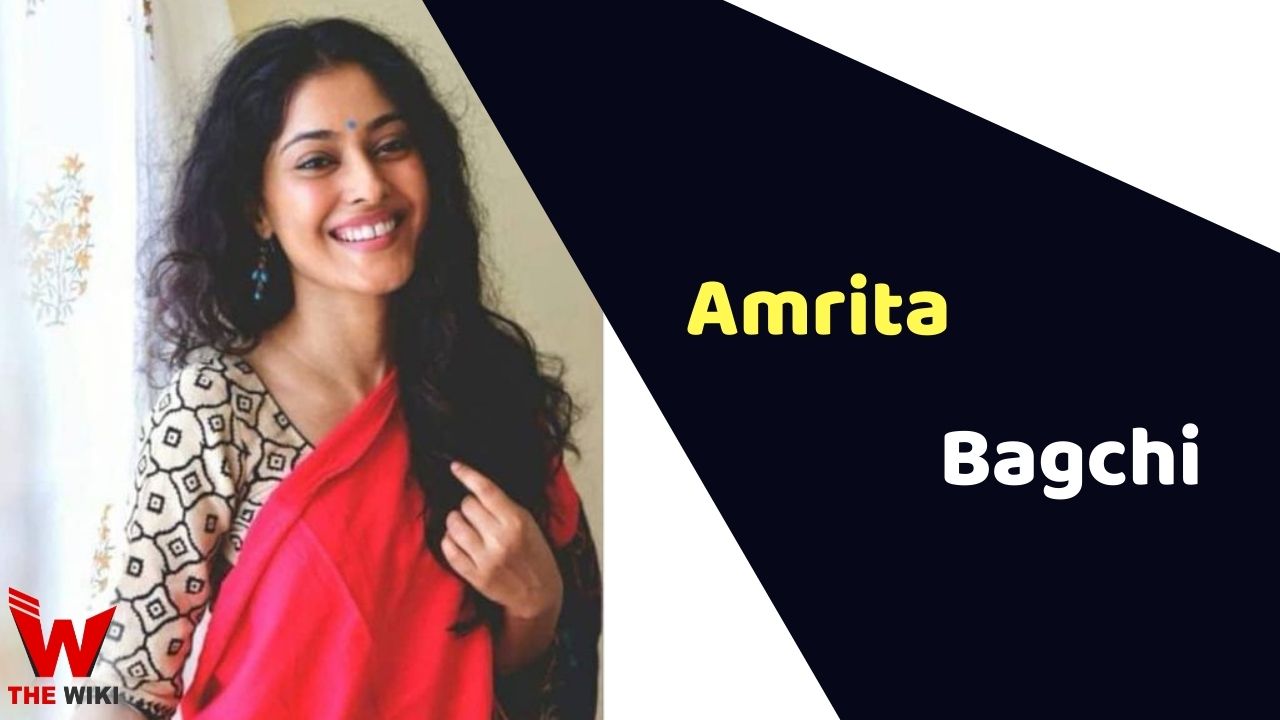 Amrita Bagchi is an Indian actress, model, and director. She is renowned for her work in television series like City of Dreams (2019), Hasmukh (2020) Stories by Rabindranath Tagore (2015). She has also worked in films like Meri Pyaari Bindu, Teen Paheliyan, Dhobi Ghat and Phobia.

Amrita Bagchi was born in Mumbai, Maharashtra. She began her career with the film Dhobi Ghat in the year 2010. She appeared in the short video titled Hero Motocorp: Hero Duet as Bride in the year 2016. Bagchi got featured as Jiah in the movie Phobia alongside Radhika Apte in 2016, followed by Meri Pyaari Bindu as Maulshree and Dust as Mumtaz.

Bagchi made her debut with the television series Stories by Rabindranath Tagore as Mrinaal in 2015. In 2019, she played lead role of Katrina in Disney+ Hotstar web series City of Dreams. Amrita acted in nine episodes of the Netflix’s television mini-series Hasmukh starring Vir Das, Ranvir Shorey, Inaamulhaq and Manoj Pahwa.

Some Facts About Amrita Bagchi

If you have more details about Amrita Bagchi. Please comment below we will updated within a hour.