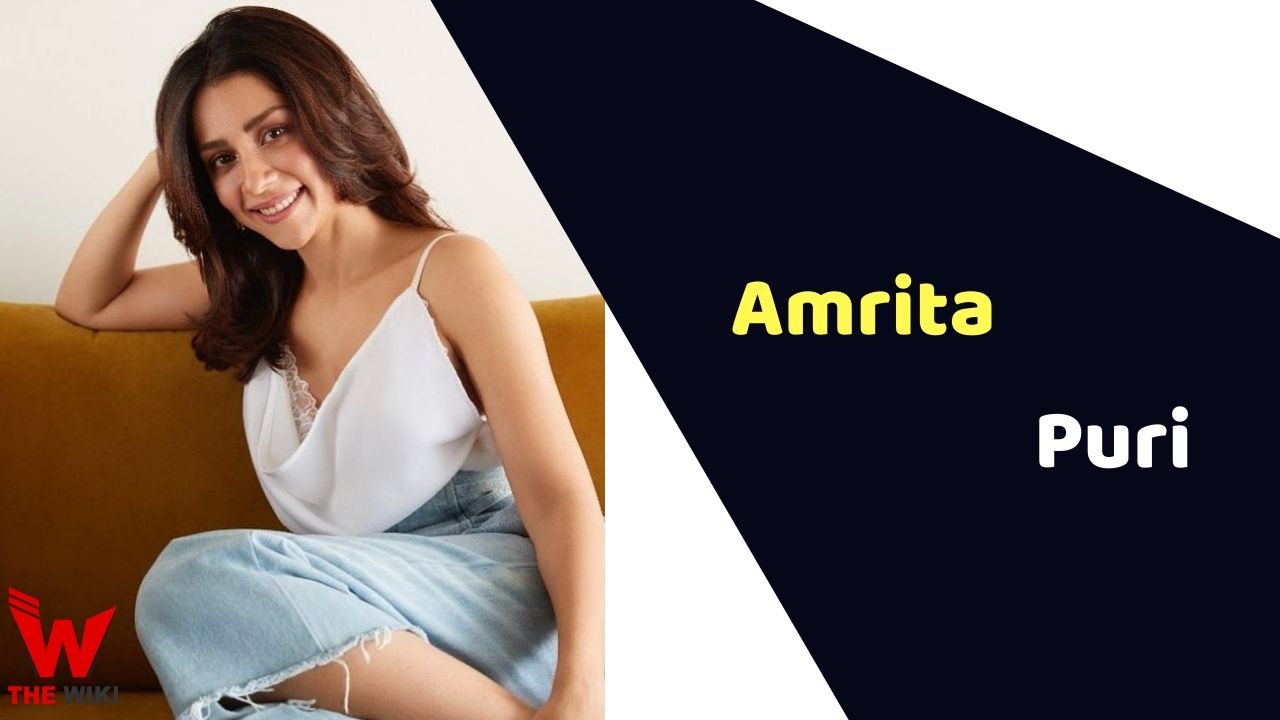 Amrita Puri is an Indian actress and model. She is known for playing pivotal role in films like Aisha, Kai Po Che and Blood Money. She started her career as a theatre artist and has been active in acting industry since 2012.

Amrita Puri was born on 20 August 1983 in Mumbai, Maharashtra to a Punjabi family, who lived in Gurdaspur district of Punjab. She is the daughter of Aditya Puri, managing director of HDFC Bank (India’s largest private sector bank).

Amrita started career with theater and performed in several plays. She tried to finding out their career in Bollywood and she gave several auditions. After giving too many auditions, she was selected for the television commercial of Kotex and later featured in TV commercials for several brands, including People First, Garnier and L’Oreal.

In 2010, she made her entry into the Bollywood with Sonam Kapoor starrer film Aisha as Shefali Thakur. She also worked in film Blood Money in 2012, which was followed by the most critically acclaimed film Kai Po Che!. Amrita tastes success and established herself as a female lead actress in Bollywood film industry.

Apart from the films, She is quite active in digital space Amrita has been worked in web series Four More Shots Please, Made In Heaven and Jeet Ki Zid.

Amrita married to Imrun Sethi, a restaurant owner, in a private ceremony held in Bangkok.

Some Facts About Amrita Puri

If you have more details about Amrita Puri. Please comment below we will updated within a hour.