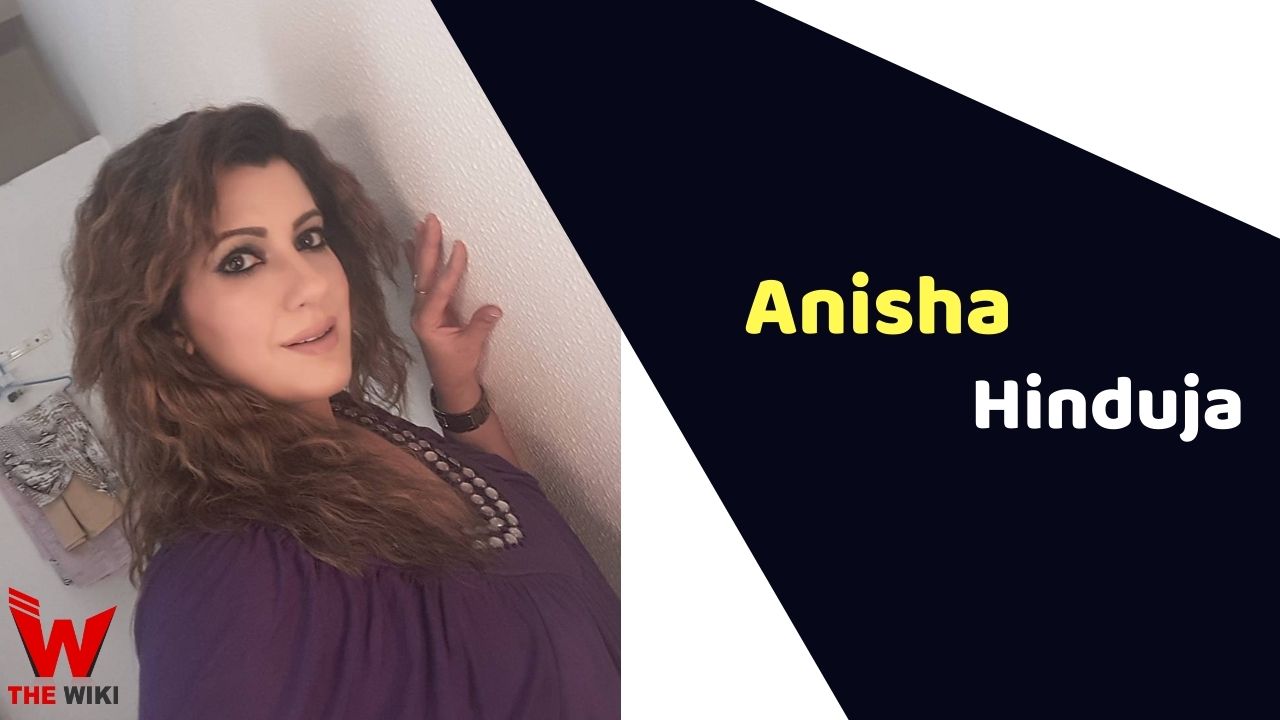 Anisha Hinduja is an Indian television and film actress. She has worked in several television shows like Mohi, Kundali Bhagya and Ishqbaaaz etc. She came into the spotlight for playing the role of Mrs. Kapoor in the popular television show Ishqbaaaz in 2016.

Anisha Hinduja originated from Mumbai, Maharashtra. She made Bollywood debut with the film Jai Santoshi Maa in 2006. Anisha has worked in many films as a supporting actress like Fruit & Nut (2009), Aisa Kyun Hota Hai (2006), Ghayal Once Again (2016) etc. She has also acted in many shows also.

She got married with Mr. Khanduja and blessed with a son Manish Khanduja.

Some Facts About Anisha Hinduja

If you have more details about Anisha Hinduja. Please comment below we will updated within a hour.