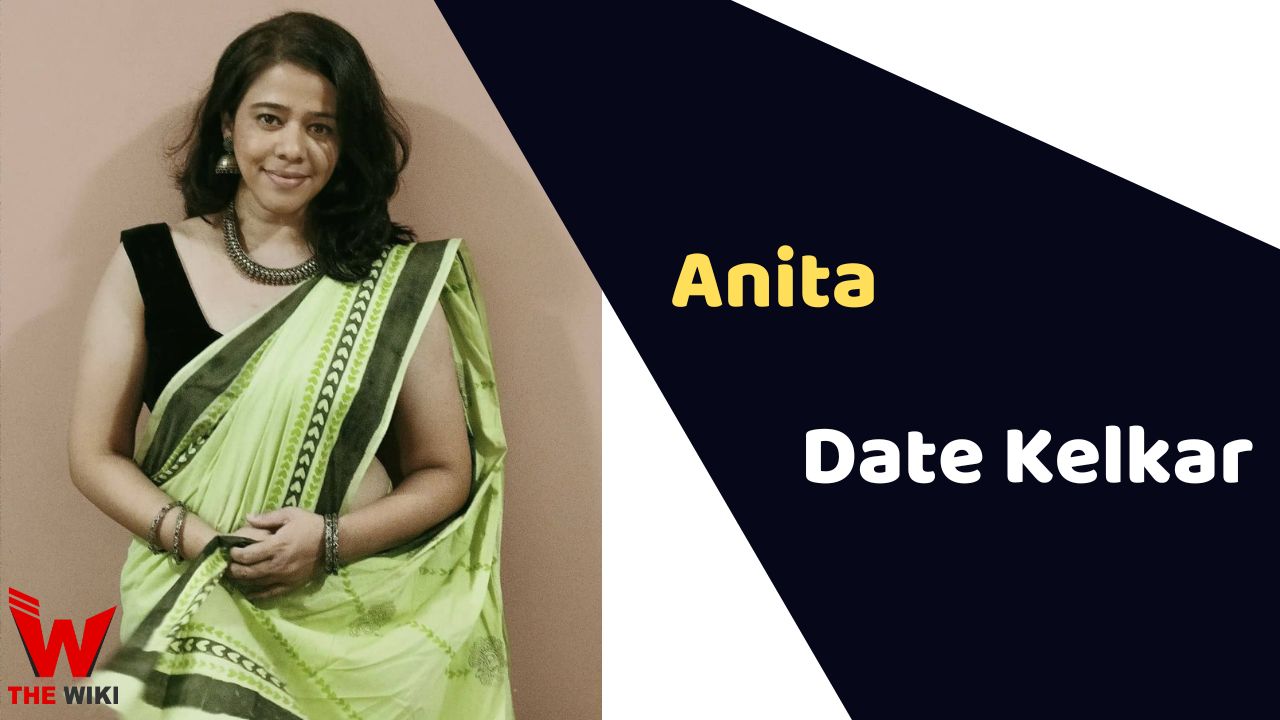 Anita Date Kelkar is an Indian film and television actress. She is known for playing female protagonist role in Radhika in TV show Mazhya Navryachi Bayko from 2016-2021. Anita has also worked in popular Bollywood films like Tumbbad, Aiyyaa and Zor Lagaa Ke…Haiya!. She is originally from Nashik, Maharashtra

Anita Date was born on 31 October 1980 in Nashik, Maharashtra to a Hindu family. Her father’s name is Narendra Date and mother’s name is Kiran Date. She completed her schooling from M. R. Sharda Kanya Vidya Mandir and later pursued Master of Arts from Lalit Kala Kendra, Pune University.

Anita started her career with Marathi film Sanai Choughade produced by Deepti Shreyas Talpade and directed by Rajeev Patil opposite to actors like Shreyas Talpade, Sai Tamhankar and Subodh Bhave in 2008. The same year, she played cameo role in Marathi television show Dar Ughada Na Gade. In 2009, she played supporting roles in films Zor Lagaa Ke…Haiya!, Jogwa and Gandha as well as TV shows like Agnihotra, Manthan and Anamika.

In 2016, Anita rose to prominence through Zee Marathi television serial Mazhya Navryachi Bayko starring opposite to Abhijeet Khandkekar in character of Radhika Gurunath Subhedar. The show earned in many awards of Zee Marathi in various category like Best Mother, Best Character Female, Best Actress, Most Strong Character of the Year etc.

Anita Date is married to actor and writer Chinmay Kelkar ​in 2005.

Some Facts About Anita Date Kelkar

If you have more details about Anita Date Kelkar. Please comment below we will update within an hour.