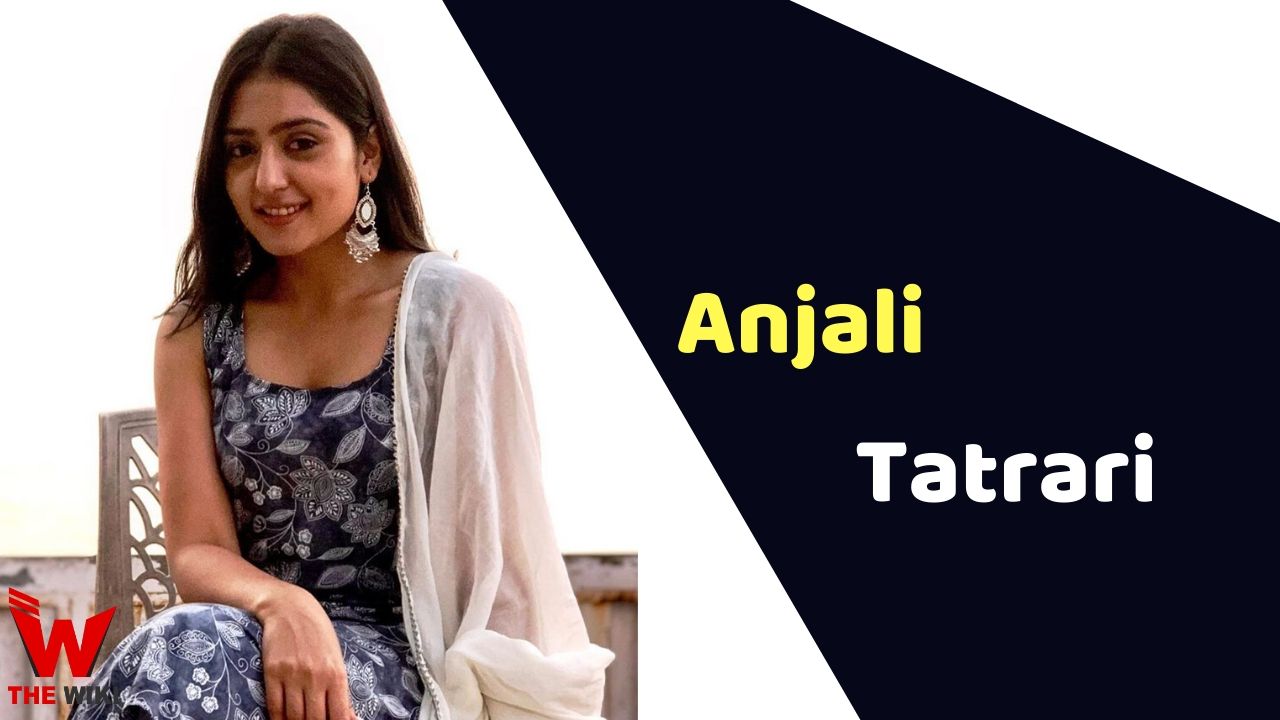 Anjali Tatrari is an Indian television actress. She is known for playing role of Krisha Chaturvedi in Zee TV’s show Tere Bina Jiya Jaye Na. She made her television debut by playing Niya Sharma in the television show Mere Dad Ki Dulhan.

Anjali Tatrari was born on 22 July 1996 in Pithoragarh, Uttarakhand. She lost her father at the age of 4. After which her mother Mona Tattari raised her. Anjali received her early education from Don Bosco Public School, Uttarakhand. After which Anjali’s mother brought her to Mumbai. Anjali obtained her further studies from Gyan Kendra Higher Secondary School in Mumbai.

Anjali started working at a very young age. She has also been a fashion blogger. Early in her career, Anjali worked in television commercials. After which she also played a small role in the film Simmba. In 2019, Anjali was cast in Kalki Koechlin’s web series Bhram but gained fame from the television show Mere Dad Ki Dulhan. In her debut show, Anjali got the opportunity to play the lead role with Varun Badola and Shweta Tiwari. she played the role of Varun Badola’s daughter Niya in the show.

Some Facts About Anjali Tatrari

Ticked off one thing off my bucket list – Rode a bike for the first time in my life 👅 Thanks to Dada @badolavarun . . #mdkd #sony #meredadkidulhan #actor #actorslife