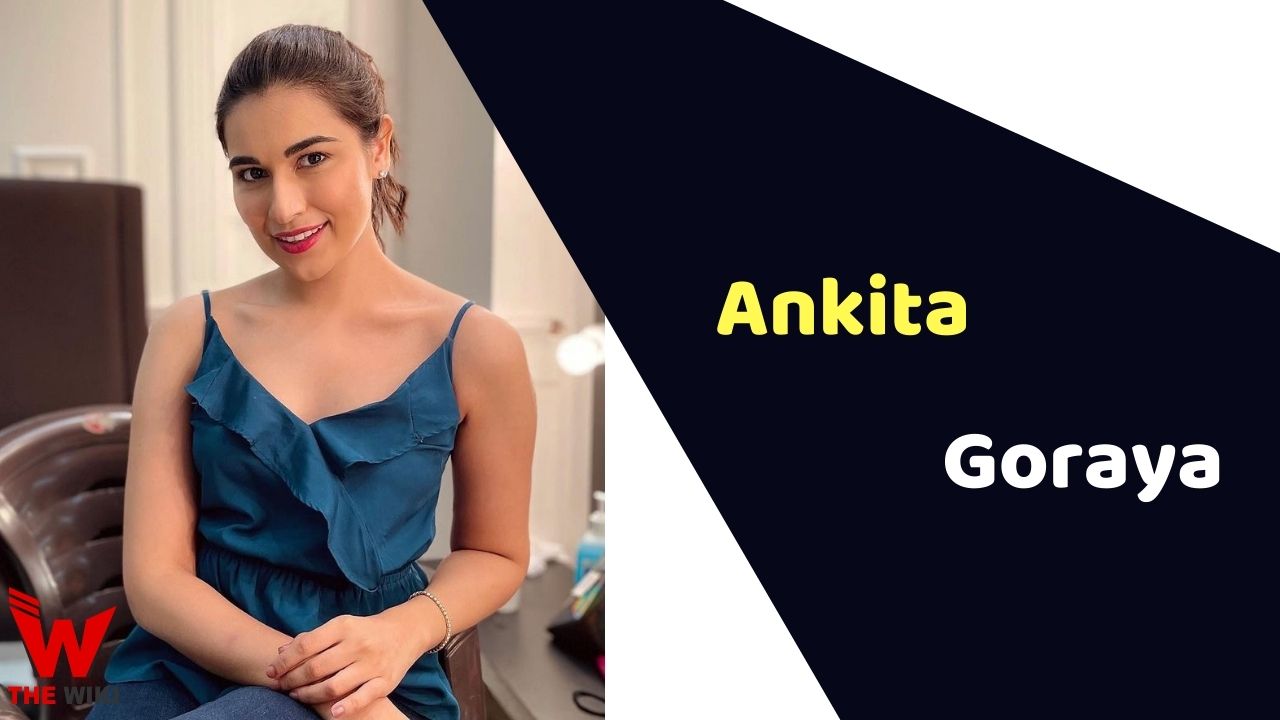 Ankita Goraya is an Indian film actress and model. She is known for playing role of Nutan Batra (elder sister of Sidharth Malhotra) in Amazon Prime film Shershaah in the year 2021. She has also worked in several Bollywood films like Section 375 (2019), Zindabaad (2018) and Going Viral Pvt Ltd (2017).

Ankita Goraya was born on 9 December 1994 in Chandigarh, India. She completed her schooling from St. Stephen’s School, Chandigarh. She is graduated from Dr. HSJ Institute of Dental Sciences. She did a diploma in Acting from Jeff Goldberg Studio. She currently lives in Mumbai.

Goraya started her acting career with a short film Kaash directed by Rajinder Singh Puller. She later worked in a television serial Mitegi Laxman Rekha as Sheetal. In 2017, she appeared in a web series Going Viral Pvt Ltd. Goraya made her Bollywood debut with Akshaye Khanna and Richa Chadda starrer film Section 375. In the same year she appeared in the romantic comedy film Pati Patni Aur Woh with Bhumi Pednekar and Kartik Aaryan.

Some Facts About Ankita Goraya

If you have more details about Ankita Goraya. Please comment below we will updated within a hour.