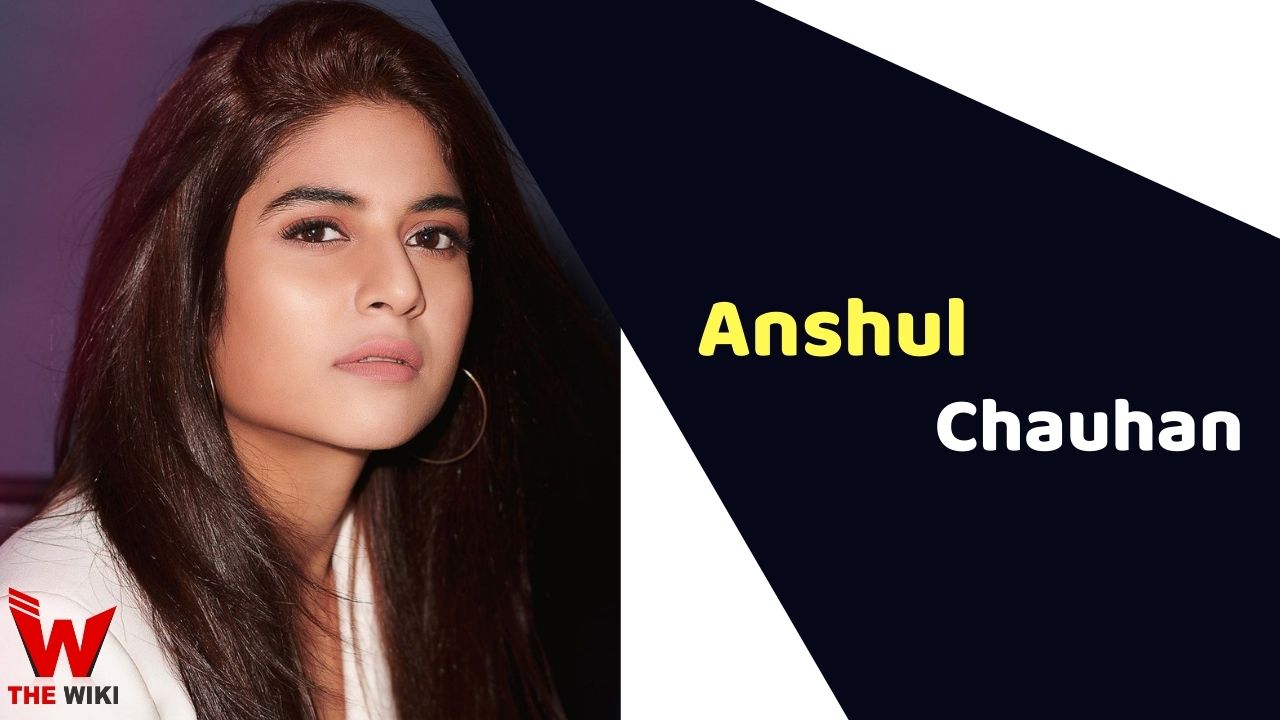 Anshul Chauhan is an Indian actress and model. She is known for playing lead roles in Subh Mangal Savdhan and Bicchoo ka Khel. She started her career through television commercials and has been active in acting industry since 2016.

Anshul Chauhan was born on 14 September 1993 in Noida, Uttar Pradesh to a Hindu family. Her father Virender Chauhan is a businessman, while her mother is a housewife. Anshul has one brother, Shivank Chauhan in the family.

Anshul has a deep interest in acting and working in Bollywood industry. She started her career as a model for various brands commercials and print shoots. She made her first film debut with film Subh Mangal Savdhaan in 2017, followed by Zero in 2018. Anshul got opportunity to play lead role in a web series Soulmates aired on Zoom TV.

In 2020, she has played a lead role in web series, Taj Mahal 1989, aired on Netflix. She is also featured in Operation MBBS, Aafat and Biccho Ka Khel.

Anshul Chauhan tied the knot with cinematographer Ateet Singh on 20 November 2021 in Delhi. The ceremony was attended by the couple’s friends from the industry, including Rithvik Dhanjani, Sehban Azim and Shireen Mirza.

Some Facts About Anshul Chauhan

If you have more details about Anshul Chauhan. Please comment below we will updated within a hour.