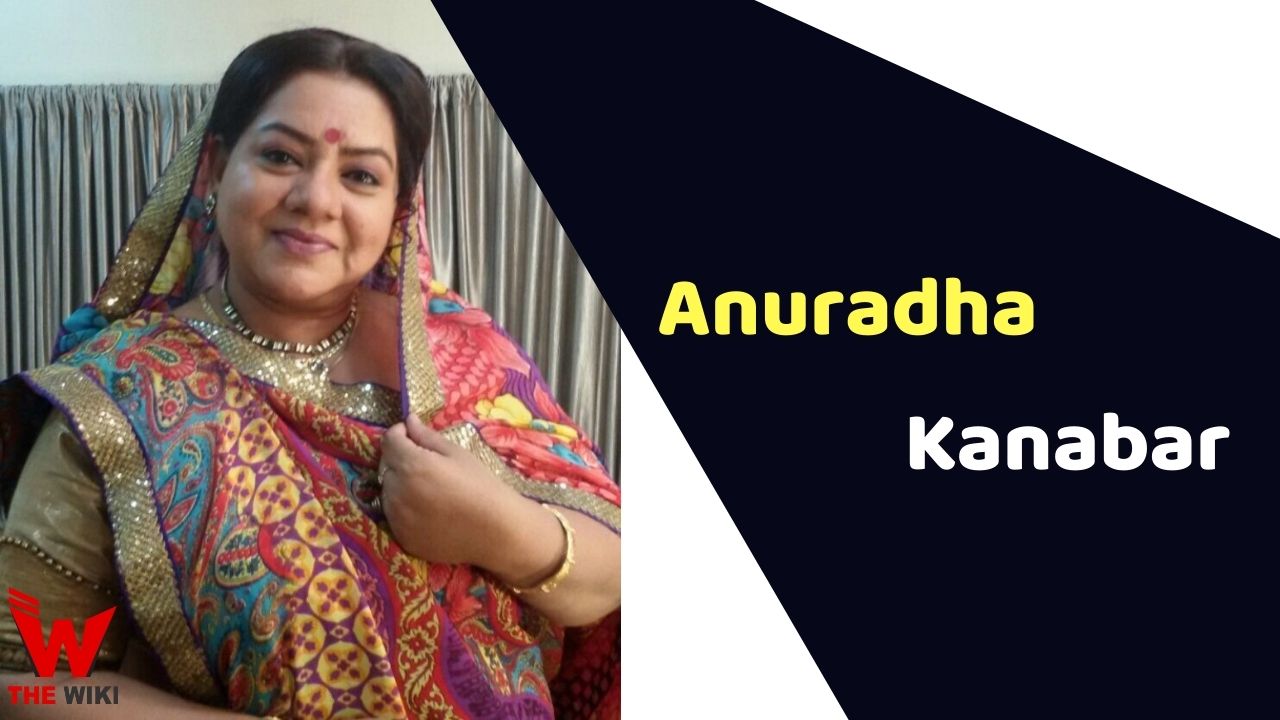 Anuradha Kanabar is an Indian television actress, She is well known for her comedy roles in Gujarati cinema. she has also appeared in various Gujarati shows and plays. recently she was seen in Star Plus popular TV serial Saathiya Saath Nibhaana 2.

Anuradha started her career with a Gujarati play named Ek Bhool Wonderful opposite to her real-life husband Ali Raza Namdar and also acted in Pati Thayo Pati Gayo, Be Lal Na Raaja and Mota Ghar Ni Vahu. She has also appeared in Gujarati drama named Kevda Na Dankh (2005) and Sangath (2007). Anuradha acted in a comedy film Be Lal Na Raja and been a part of the comedy show Kunvar Vehla Re Padharjo.

Anuradha has actively worked in Hindi television serials including Pavitra Rishta and Saath Nibhana Sathiya 2. She is always active with her acting talent and continued working in plays such as Baa Ane Bairi Satave, Bhagwan Pan Na Bachave (2015).

Anuradha Kanabar married to Ali Raza Namdar and has a daughter named, Arsheen Namdar. Her husband and daughter both are actors as well.

Some Facts About Anuradha Kanabar

If you have more details about Anuradha Kanabar. Please comment below we will updated within a hour.