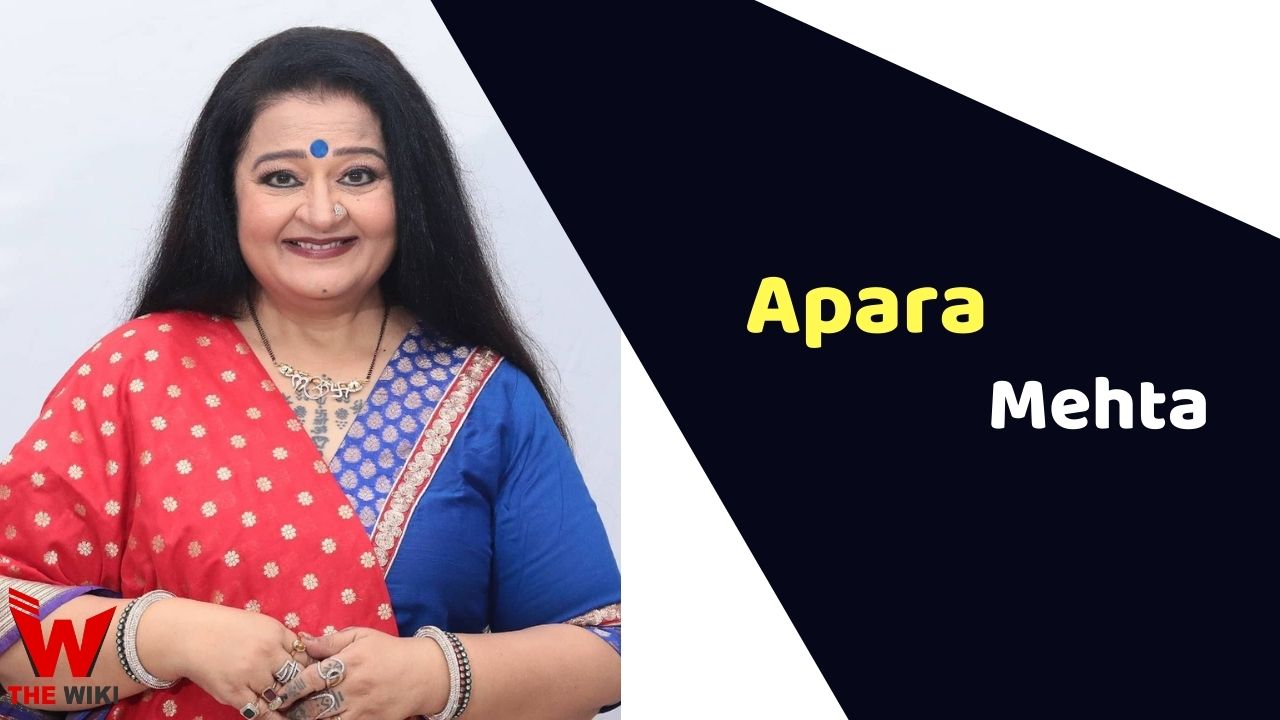 Apara Mehta is a veteran Indian actress who has appeared in various television serials and Bollywood movies. She is known for her iconic role in Kyuki Saas Bhi Kabhi Bahu Thi. Before entering the commercial acting industry, she has been a constant pillar in the theatrical plays. She is a multi-talented woman who has been known for her excellent acting skills.

Apara Mehta was born on 13th August 1960 in Bhavnagar, Gujarat. Her father’s name is Ushakant Mehta, and her mother’s name is Mandakini Mehta. She is the only child of her parents.  Mehta started her career in the year 1975 and is presently working. She has worked in more than 150 plays since 1981. Apara has appeared in various films, and some of them include Yeh Terra Ghar Yeh Mera Ghar (2001), Chori Chori Chupke Chupke (2001), Devdas (2002), Just Married (2007) and Tees Maar Khan(2015).

Apara Mehta married twice to Darshan Jariwala. They first got married in the year 1980, but their parents wanted a grand scale wedding so they got married again, a year later in 1981. The couple has a child named Khushali Jariwala. Apara is separated from her husband now but not legally divorced.

Some Facts About Apara Mehta

If you have more details about Apara Mehta. Please comment below we will updated within a hour.