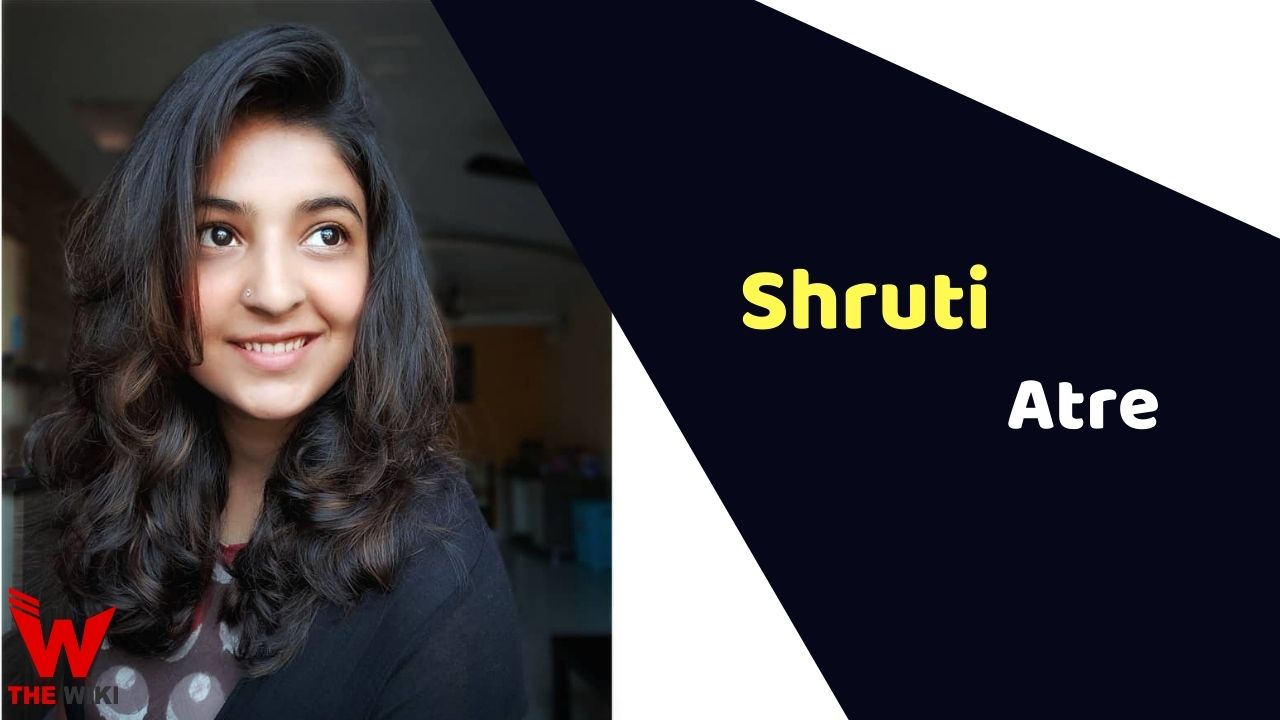 Shruti Atre is an Indian television actress. She is playing pivotal role in Marathi show Raja Rani Chi Ka Jodi. Shruti is an new emerging sensationalized actress in Marathi television industry. She started with her career by show Bun Muska on Zee Yuva.

Shruti Atre was born on 12 May 1994 in Satara, Maharashtra. Her father’s name is Shriniwas Hemant Atre and her mother’s name is Jyoti Atre. She has sibling Shweta Atre. Shruti did her schooling from New English School, Satara. After that she completed her graduation from Garware College of Commerce, Pune. Shruti was inclined towards acting after she came to Pune, wherein she participated in many competitions during her college time.

Her first serial was Bun Muska on Zee Yuva, staring Shivraj Vaichal and Shivani Rangole. But she got popularity by playing lead role in the Bapmanus on Zee Yuva, in which she played the role of Geeta Shabeer Sheikh alongside Suyash Tilak. Shruti also worked in the serial Raja Rani Chi Gam Jodi on Colour Marathi. She is playing the role of Rajshree Dhale Patil.

Shruti Atre is married to Pune based Ashwin Darekar. Her husband is a software engineer and works in the Amdoc company.

Some Facts About Shruti Atre

If you have more details about Shruti Atret. Please comment below we will updated within a hour.