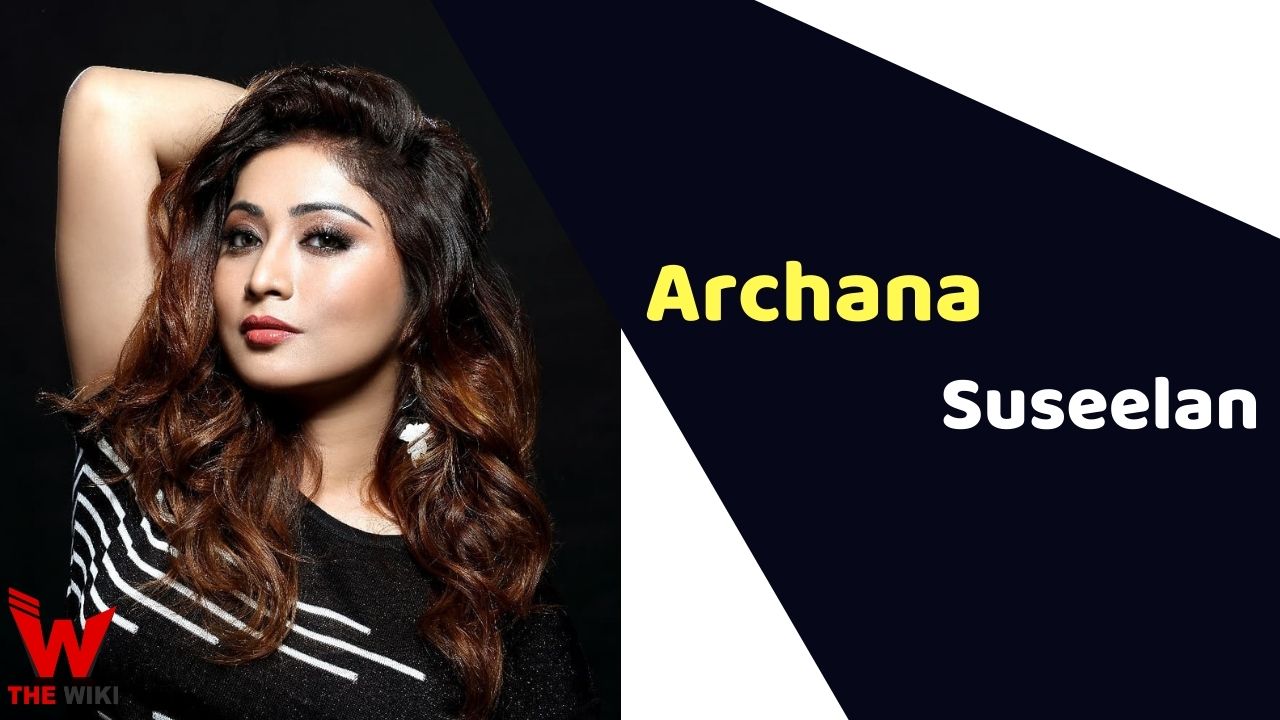 Archana Suseelan is an Indian film and television actress and video jockey. She is known for working in Malayalam and Tamil entertainment industry. She recognised for shows like Bigg Boss Malyalam season 1 and Ente Manasaputhri.

Archana Suseelan was born on 6 October 1989 in Pune, Maharashtra to a Malayali father and Nepalese mother. Her father Susheelam is a businessman. She has a brother Rohit Suseelan and a sister Kalpana Suseelan. Archana completed her schooling and graduation from Pune itself.

Archana made her acting debut in 2004 as an actress with Rain Rain Come Again, portrayed character of college student. In 2006, she got her first breakthrough movie Lanka, and played Kokila in it. Simultaneously she debuted in Tamil film with Tholaipesi (2007) and Malayalam with Sultan (2008). She did a cameo role in Hindi film De Dana Dan as Hotel Receptionist in 2009.

Archana is a prominent career in Malayalam and Tamil television industry. She made her debut with Mandrake in 2005. She gained massive popularity and fame after appearing as Glory in serial Ente Manasaputhri (2007) and in Maharani (2009) as Rani. Her notable works are Karuthamuthu as Dr. Meena in 2014, Ponnambili (2015), Stayam Sivam Sundaram (2017) and Seetha Kalyanam in 2019.

Apart from acting, she is an excellent television presenter and host, as she hosted Post Box on Kiran TV. She participated in reality show Dare The Fear & became second runner-up and in Bigg Boss Malyalam 1. In 2020, she participated in Surya Jodi No.1 aired on Surya TV.

Some Facts About Archana Suseelan

If you have more details about Archana Suseelan. Please comment below we will updated within a hour.