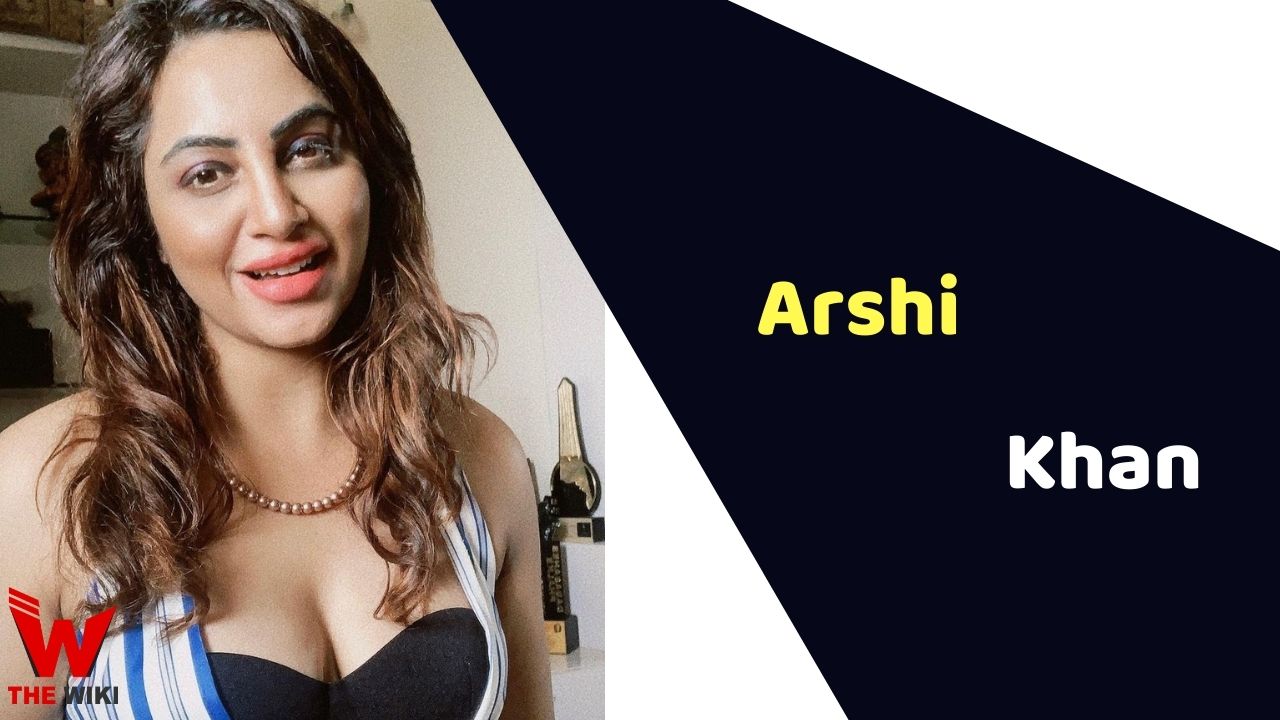 Arshi Khan is an Indian model and actress who is well known for her work in Tamil and Hindi films. She came into limelight after participating in TV reality show Bigg Boss 11. She has also worked in television serial Vish as Kalankini.

Arshi Khan was born on 28 November 1989 in Afghanistan to Mohammad Arman Khan and Nadira Khan. When she was four years old, her parents moved to India. The family was lived in Bhopal. She finished her education in Bhopal. Arshi has always been interested in theatre since he was a child. Therefore, she relocated to Mumbai to pursue a career in the film industry.

Arshi began her career in the acting through a local theatre in Bhopal. Then she met a director who assisted her in finding her first movie project as well as an opportunity to work on a Tamil film. Arshi made her film debut in the year 2014 with the Tamil film Malli Mishtu. She went on to star in a slew of films in the south after that. In 2014, she was also a finalist in the Ms. Bikini Online competition. Arshi appeared in the first 4D Bollywood action film, The Last Empire. She was a part of most popular reality show Bigg Boss season 11.

Arshi Khan revealed that she was in secret relationship with Shahid Afridi. She also said that she spent a secret holiday in Dubai with the cricketer, and travelled to Dubai every 2 to 3 months.

Some Facts About Arshi Khan

If you have more details about Arshi Khan. Please comment below we will updated within a hour.