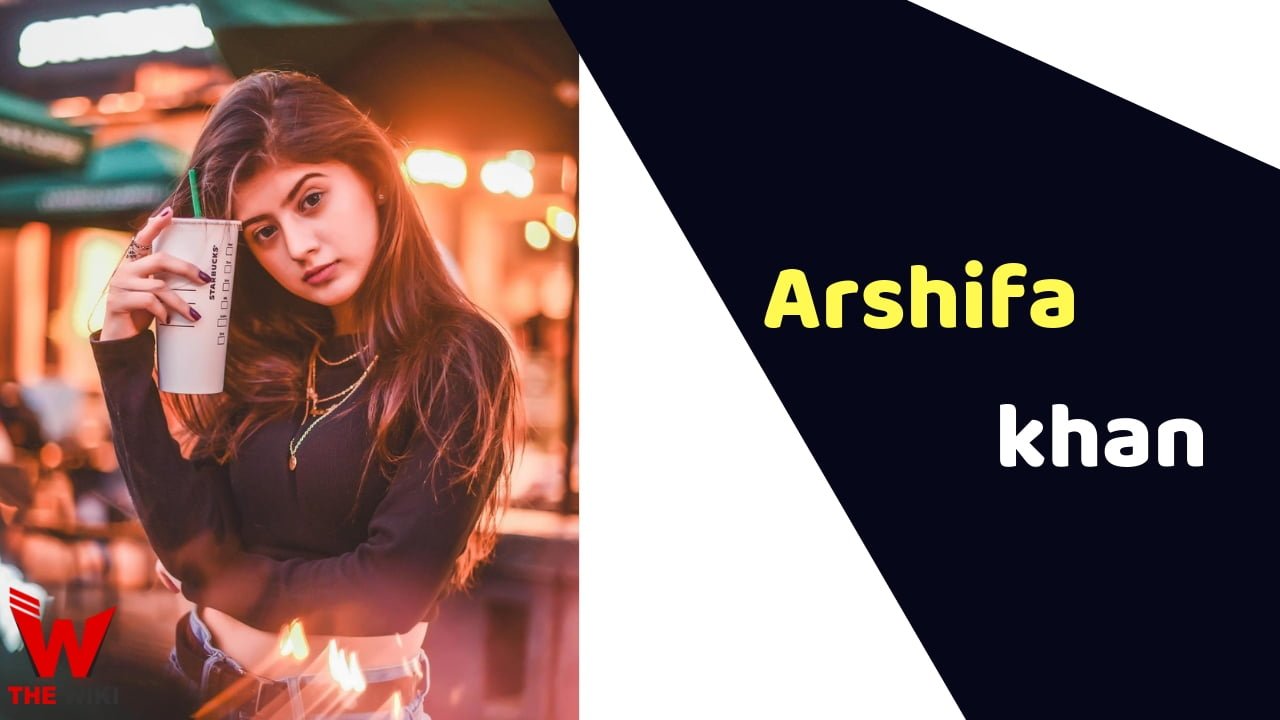 Arishfa khan is an Indian television actress and model. She started her career with Colors TV Channel’s show ” Chhal- Sheh Aur Maat “. After which she got the popularity star plus serial “Ek Veer Ki Ardas Veera”. In this show, she played Gunjan as a child artist. Besides, she has also worked in films and commercials.

Arishfa khan is extremely popular in the social media. Their popularity can be estimated from the follower of their Instagram where she has more than 1 million fans.

Arishfa khan was born on April 2, 2003 in Shahjahanpur, Uttar Pradesh. She’s nick name is Arshu. No information about her family is available. When Arshifa was very young, she came to Mumbai with her parents. There is also a younger sister Arisha in her family. At this time she is living with her family in Mumbai and is paying attention to her studies, dancing and acting.

Arishfa khan is currently completing her schooling, she is 16 years old and she is studying at Ryan International School. Arishfa khan wants to make career in films and television, For which she is taking dance and acting class. Arishfa shares her dance videos on YouTube with her fan.

Arishfa khan has started competing big television actresses at a very young age. Arishfa khan is the most beautiful actress in the world of television. She started her acting career in the year 2012 with the show “Chhal-Sheh and Maat” from the Colors TV channel. That time her age was only 9 years. After which she got the name and fame from the Star Plus Channel show “Ek Veer Ka Aradas Veera”. In this show, she played the character of a girl named Gunjan. After that, she has worked on the show of all TV shows ” Jeannie Aur Juju” Colors TV’s “Utaran” and Star Plus’s “Ye Hai Mohabbatein” and “Papa By Chance” shows.

In addition to the world of television, Arishfa khan also starred alongside Sanjay Dutt in the film Saheb Bibi and Gangster 3. This film gave a lot of headlines to Arishfa.

Apart from acting in her life, Arishfa khan gives great attention to modeling. Apart from this, She also done successful live concerts, which is why She has very good fan-fallowing. She has over 1 million fans on the Instagram (till 2019). Everyday, she keeps sharing her beautiful and bold photos in social media. In addition to the Instagram, she is also active on other platforms such as Facebook, Like, Dubmash, YouTube.

After the untimely death of MTV Splitsvilla Sensation Danish Zhan, Arishfa khan had expressed her grief with making a video. She also seen crying in the video. After which, Danish’s brother threatened her and her mother and say that she wants to collect publicity by doing all this. After that Arishfa khan complained that the Danish’s brother has troubled him greatly. Because of which her mother had also been forced to commit suicide.

If you have more Details about Arishfa khan. Please comment below we will updated within a hour.