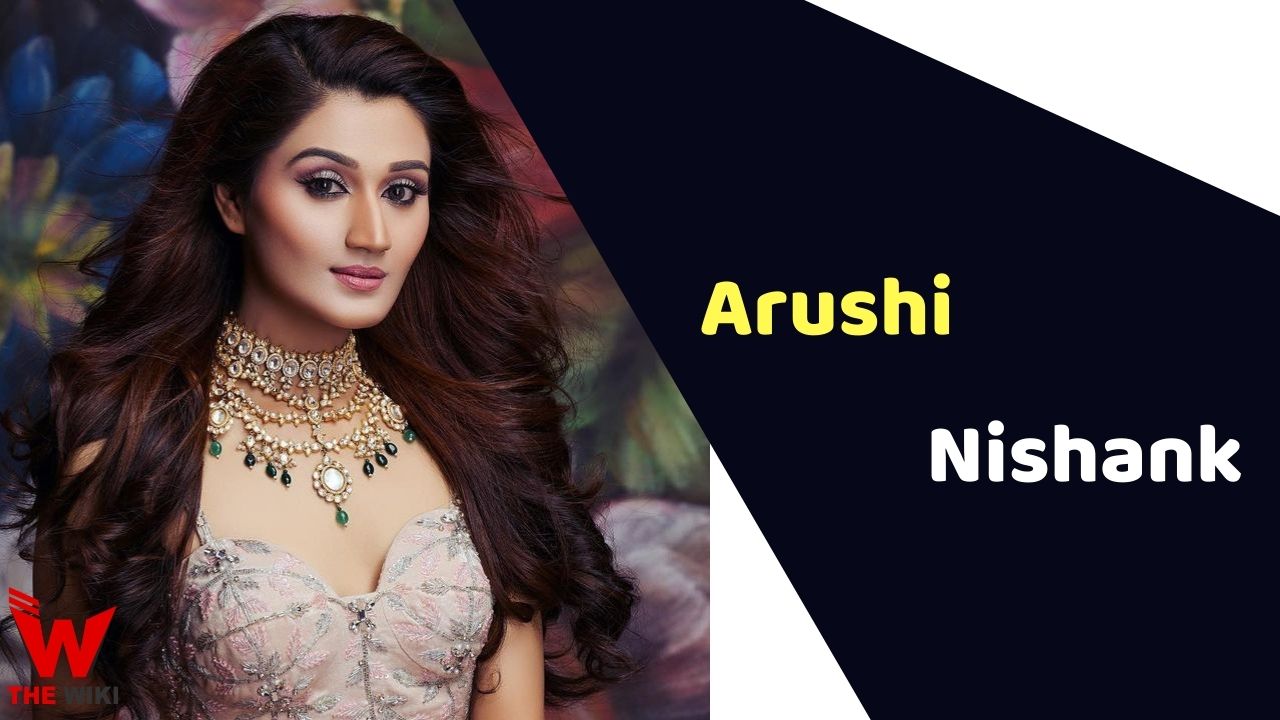 Arushi Nishank is an Indian film actress, film producer, socialist militant and environmentalist. She presided over the International Women Empowerment Program in Dubai in 2018 and New Delhi in 2019. In 2020, Arushi became one of the 20 women of excellence in the world 2019. She was honored at a congressional ceremony in Chicago. Arushi now serves as Chairman of the Himalayan Ayurvedic Medical College and Hospital in Dehradun.

Arushi Nishank was born on 17 September 1986 in Kotdwar, Uttarakhand. Her father’s name is Dr. Ramesh Pokhriyal Nishank who is India’s Union Cabinet Minister, and her mother’s name is Kusum Kanta Pokhriyal. She has two siblings named Captain Dr. Shreyashi Nishank and Vidushi Nishank. She completed her graduation from the University of Cambridge.

Arushi made debut as a producer of the regional movie Major Nirala in 2018. The film based on a novel written by her father Ramesh Pokhriyal. She began her acting career with the movie Tarini in 2021. The film focuses on the voyage of six Indian naval officers who have crossed the world in 254 days.

Arushi is a world-renowned classical Indian Kathak dancer. She has performed extensively in international venues like London, Germany, Canada, and Dubai. She created and choreographed the composition Ganga Avataran, as a performer in Dubai, a tale about the goddess Ganga arriving on Earth.

Arushi has a long-standing commitment to environmental well-being with his father. Both Ramesh Pokhriyal and Arushi Nishank launched the campaign to make the public aware of the growing problem of pollution in the Ganga river and encourage people to rescue and clean up the Ganga. The campaign got advertised in five different countries.

Arushi Nishank tied the knots with Abhinav Pant in 2015. He is an Entrepreneur.

Some Facts About Arushi Nishank

If you have more details about Arushi Nishank. Please comment below we will updated within a hour.