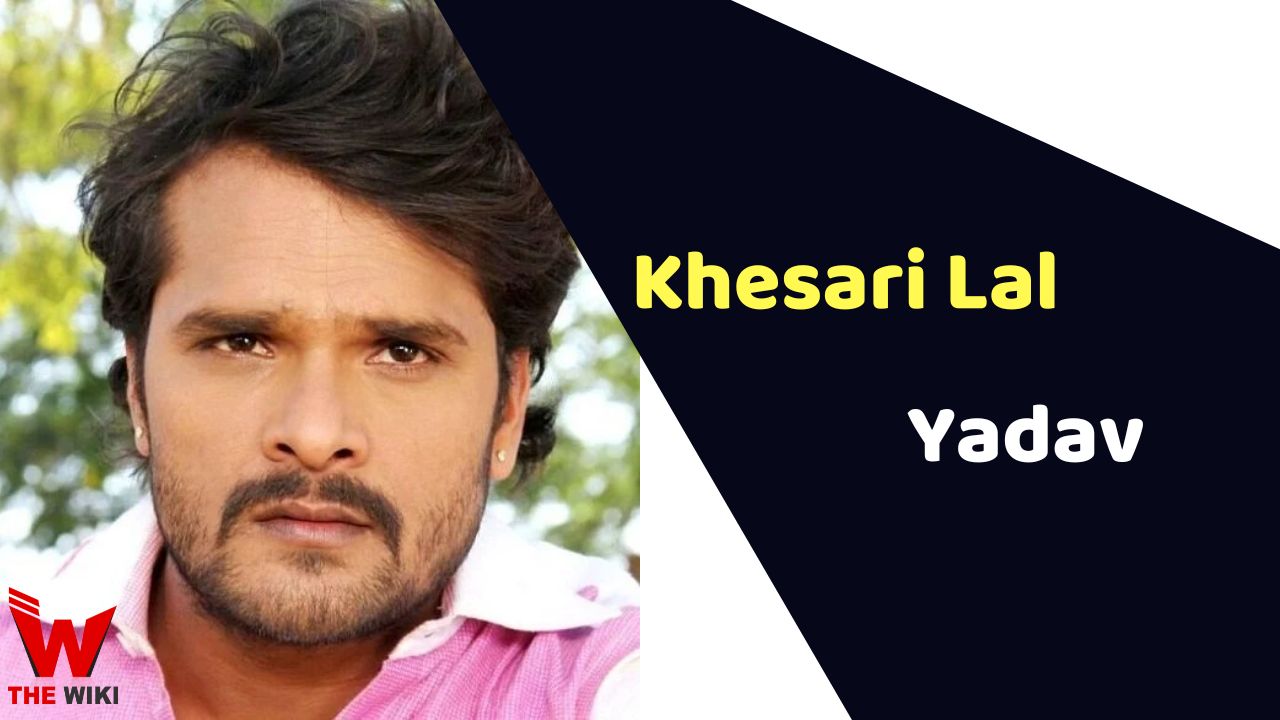 Khesari Lal Yadav was born on 15 March 1986 into a low-income household of Dhana Dih village, Saran district of Bihar. His father Mangaru Lal Yadav used to work as a security guard at night and sell Chana as a street seller in the morning. Khesari is one of seven children; three are his biological brothers and four are the offspring of his uncle. He had resided in Chhapra with his mother and uncle. In his youth, Khesari used to graze cattle and sell their milk.

Khesari studied till 10th standard, only very little information is known about his educational background, but the reason for his incomplete education is a lack of money at that point in time.

Khesari started his career as a theatre artist in Ramayana and Mahabharata productions in Bhojpuri theatres in the year 1998-99, where he used to sing. He made his acting debut as a country lad in the Bhojpuri film Sajan Chale Sasural in 2012. From 2012 to 2016, he worked in 42 Bhojpuri films.

In 2016, he also made his Bollywood debut in the film Global Baba, where he performed alongside Sandeepa Dhar and Pankaj Tripathi in the song Holi Me Ude. Following that, he worked on popular movies like Mai Sehra Bandh Ke Aaunga (2017), Muqaddar(2017), Damru (2018), and Dulhan Ganga Paar Ke(2018). In 2019, he also appeared as a contestant in the popular reality show Big Boss Season 13.

In the year 2022, Khesari was seen in the movie Rowdy Inspector, which is a Thriller Crime Action Bhojpuri movie that revolves around the life of a police officer. His other popular movies are Doli Saja Ke Rakhna, Raja Ki Ayegi Baraat, Vaastav and Bol Radha Bol.

Khesari Lal Yadav previously dated the actress, Kajal Raghwani. Then later he married Chanda Devi in the year 2006. The couple is blessed with two beautiful children, his son Surya Pratap Yadav and a daughter named Kriti.

Some Facts About Khesari Lal Yadav

If you have more details about Khesari Lal Yadav. Please comment below we will update within an hour.