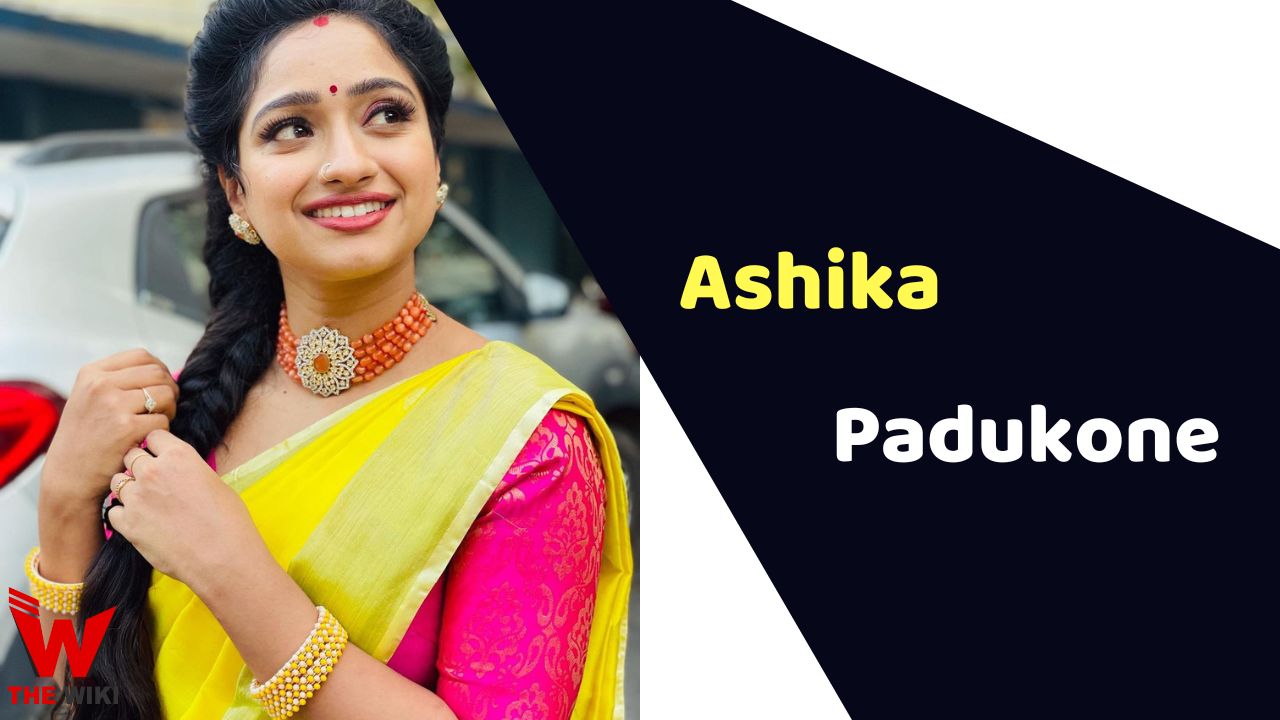 Ashika Padukone is an Indian actress who mainly works in the Tamil, Telugu, and Kannada television industry. She is best known for her portrayal as TamilSelvi Amudhan in a serial Tamil Selvi (2019). She made her debut on television in a show Niharika (2016).

Ashika was born on 29 June 1995 in Udupi, Karnataka. Her father’s name is Gopak Padukone. She has a sibling named Amogh Padukone. She did her schooling at St. Mary’s English School, Bangalore. After that, she completed her graduation B.E. in Computer Science at Dayanand Sagar College of Engineering, Bangalore.

Ashika started her acting career with the TV serial Niharika in the year 2016 which was directed by Vinu Balanja. After that, she worked in a show named Triveni Sangama (2017) where she replaced the actress Rachana. In the year 2018, she made her debut in the Telugu television industry and did a serial Kathalo Rajakumari for which she received lots of love and fame from the audience.

In 2022, she worked on a Tamil show Tamil Selvi opposite to Ashwin Kumar, which is broadcasted on Sun TV. Later she also featured in a Telugu serial named Trinayani.

Ashika tied the knot with Chetan Shetty on 20 October 2021. Chetan is from IT field far from the glam world. The wedding was an intimate affair, it was an arrange marriage set up by their families. The duo met at the time of lockdown and starting talking to each other.

Some Facts About Ashika Padukone

If you have more details about Ashika Padukone. Please comment below we will update within an hour.