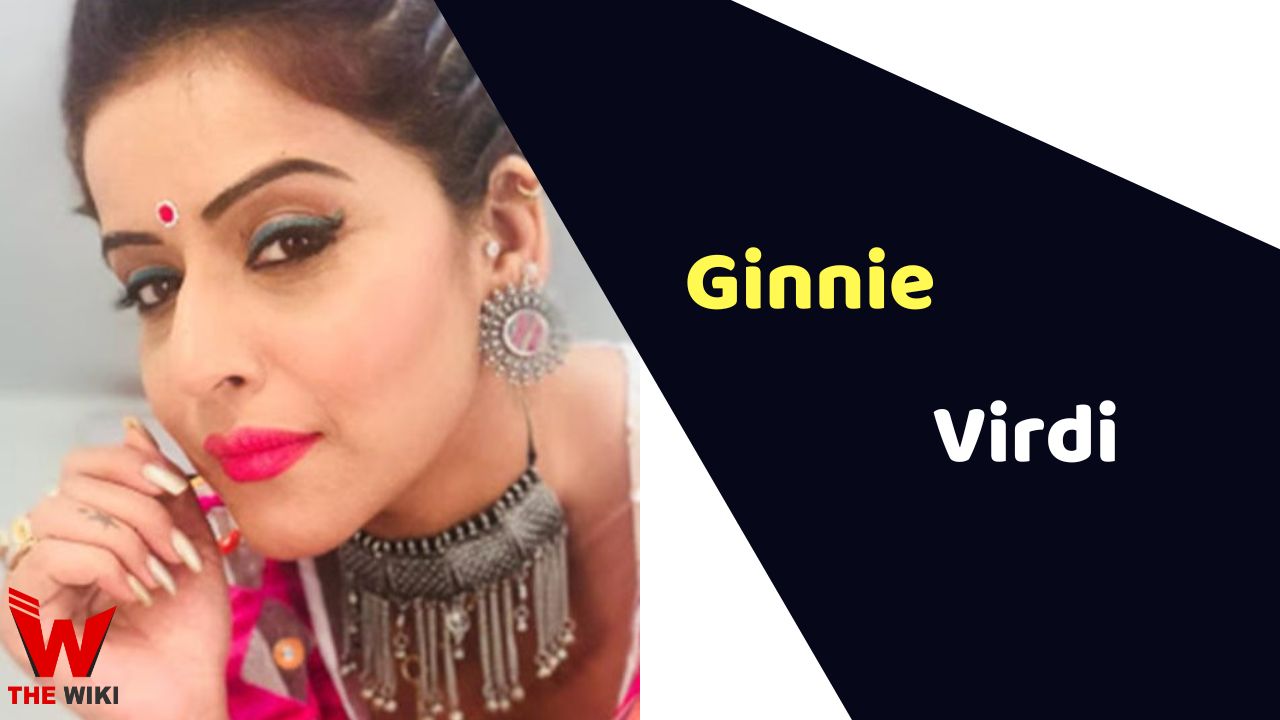 Ginnie Virdi is an Indian actress who works in Hindi television series. She is best known for her role in a famous show named Udaan (2014).  She has also appeared in many Hindi television shows such as Rab Se Shona Ishq (2012), Rishton Ke Bhawar Me Uljhi Niyati (2011), Hazir Jawab Birbal (2015) etc.

Ginnie was born on 29 December in New Delhi, India. She did her schooling at a local school. After that, she completed her graduation from Meerut University, Meerut.

Ginnie started her acting career by debuting in the television show named Rishton Ke Bhavar Me Uljhi Niyati which was telecasted in 2011-12 and was aired on Sahara One Channel. After that, she worked in many shows such as CID, Ganesh Leela, Akhir Bhau Bhi To Beti Hai (2013), Rab Se Sona Ishq (2012), Papa By Chance (2018), and Haazir Jawab Birbal (2015).

She is popularly known for her role as Rajana Kamal Rajvanshi in the TV serial Udaan (2014), which aired on Colors TV and is produced by Mahesh Bhatt. Udaan is longest running Colors TV show.

Ginnie had an arranged marriage with an advocate named Paramindar Singh Malhi on 1 January 2017. She embraced motherhood and was blessed with a baby girl in February 2020. However, the actress is now living separately from her husband with her daughter.

Some Facts About Ginnie Virdi

“I even lodged a police complaint against him in June 2021 at Charkop Police Station. This was after he assaulted me and threw my child on the floor. Previously, too, he had been violent on a couple of occasions, including an episode when he hit me just seven days after my delivery in Canada. The police registered an FIR on October 5, 2021.”

If you have more details about Ginnie Virdi. Please comment below we will update within an hour.