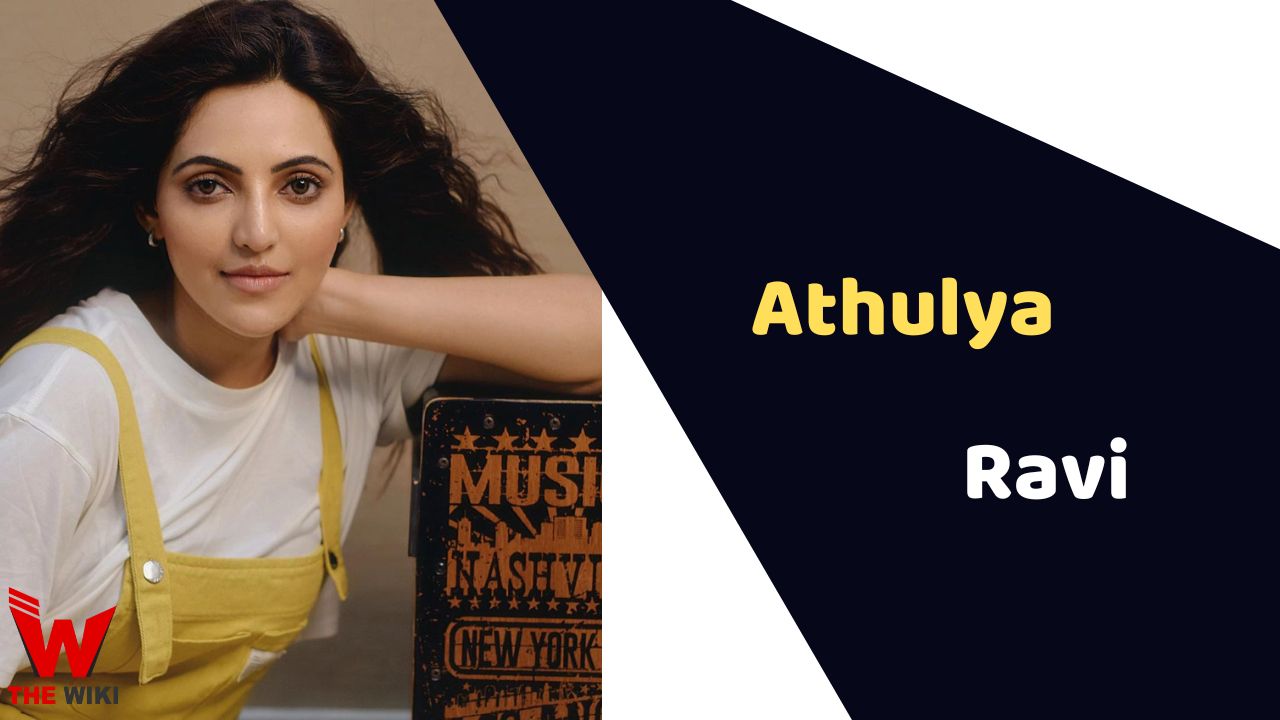 Athulya Ravi is an Indian actress who works in the Tamil film industry. She made her debut in 2017 in a film named Kadhal Kan Kattudhe. After that, she worked in several films such as Yemaali, Yenni Thuniga, Adutha Saattai, Suttu Pidikka Utharavu, Naadodigal 2 etc. In 2022, Athulya acted in the television series Cadaver starring Amala Paul and Harish Uthaman.

Athulya was born on 21 December 1994 in Coimbatore, Tamil Nadu to the couple Ravi and Vijya Laxmi Ravi. Her real name is Divya Ravi. She has a sibling named Divakar. After completing her schooling, she did B. Tech (IT) from Shri Krishna College, Coimbatore, and later pursued a Master of Technology in Computer Science and Engineering from SRM University, Chennai.

Athulya started her career in acting by doing a short film named Palvaadi Kadhal, in which she played the role of Kavi. After that, she played the lead role of Athulya in the Debut Tamil film Kadhal Kan Kattudhe (2017) and her performance in the movie got greatly appreciated by the audience. She later appeared in a film named Katha Nayagan (2017).

In 2018, Athulya worked in Yemaali as the character of “Ri” (Ritu). In 2019, she appeared in two Tamil films named Naadodigal 2 and Suttu Pidikka Utharavu. In 2022, she worked in Disney+ Hotstar’s web series Cadaver which was directed by Anoop Panicker.

Some Facts About Athulya Ravi

If you have more details about Athulya Ravi. Please comment below we will update within an hour.