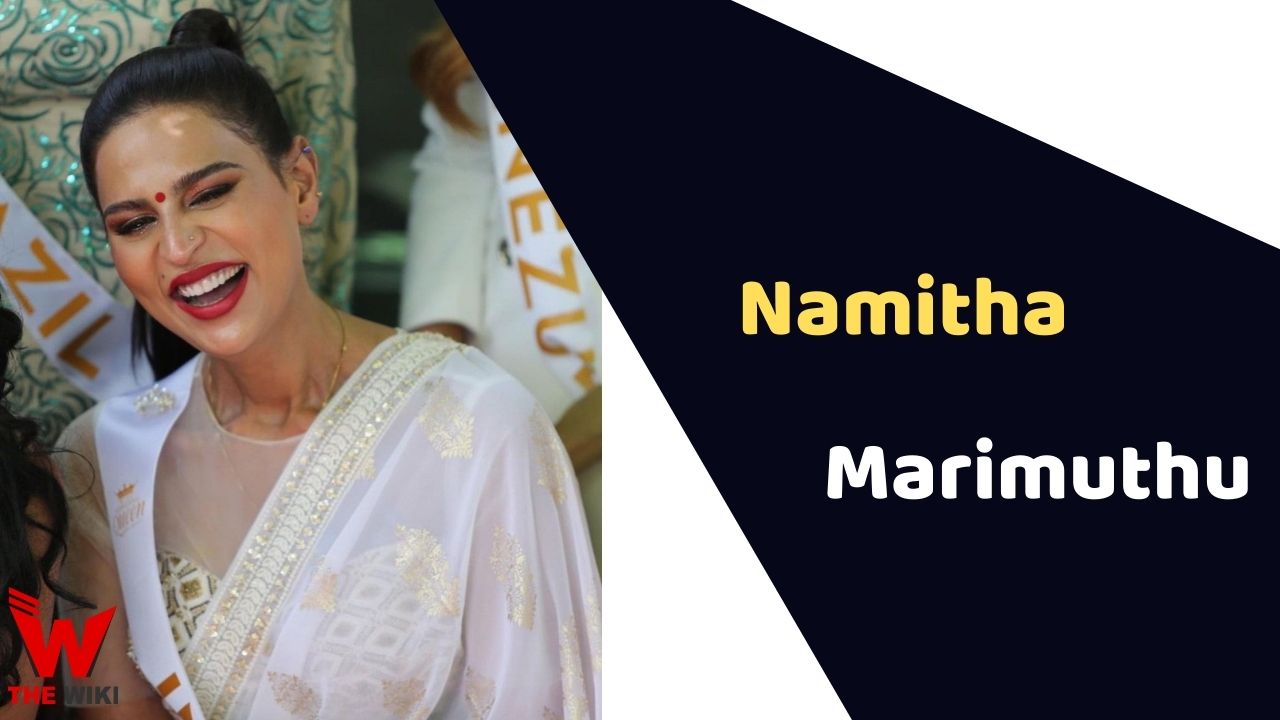 Namitha Marimuthu is an Indian movie and television actress and model who primarily works in the Telugu industry. She has won many beauty pageants including Miss International Queen 2022. Namitha is a very renowned trans model who is known for her participation in a variety of contest shows. In 2017, she participated in the television reality show Bigg Boss Tamil season 5.

Namitha Marimuthu was born on 23 February 1990 in Chennai, Tamil Nadu. Her father’s name is Marimuthu, and her mother’s name is Vennila Devi. She did her schooling at St. Ramjas School and graduated from St. Peter’s College of Engineering & Technology.

Namitha Marimuthu began her career with the television reality show Bigg Boss Tamil season 5, which was hosted by Kamal Hassan and is broadcasted on Star Vijay in 2017. She made her debut in the Tamil drama movie Nadodigal 2 as Prithika Yashini in 2020, which written and directed by Samuthirakani. The movie is a sequel to the 2009 movie Nadodigal.

Namitha is the first Indian Transgender Model who represented India in Miss Trans Star International. She has also won the title of Miss Trans Gender of India. Ever since she was child it was her vision to represent a transgender community of India on International stage, which is why she started participating in pageants.

Some Facts About Namitha Marimuthu

If you have more details about Namitha Marimuthu. Please comment below we will update within an hour.