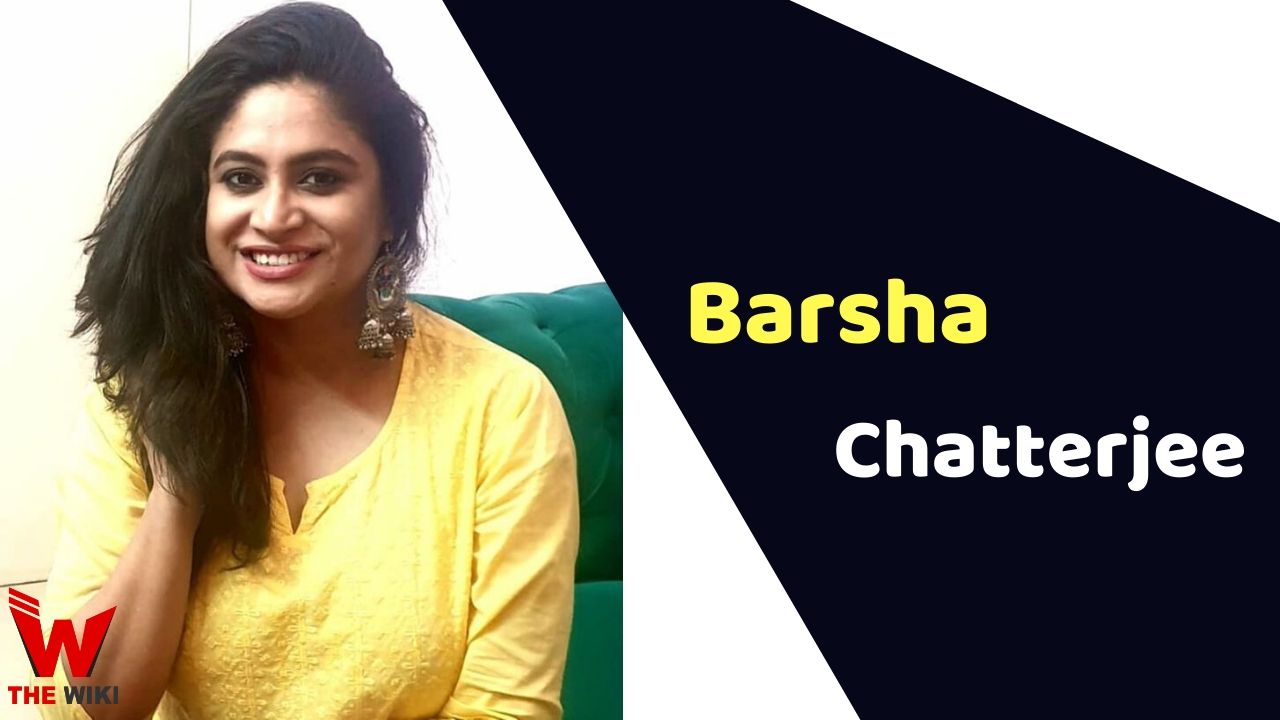 Barsha Chatterjee is an Indian television actress. She is known for tv shows like Aapke Aa Jaane Se, What the Folks and Ishq Ka Rang Safed etc. She has worked in both Hindi and Bengali television industry. Chatterjee started her career with the TV show Kahani Ghar Ghar Kii in the year 2008.

Barsha Chatterjee was born on 8 June 1989 in Kolkata, West Bengal. She belongs to a Hindu family. Her father’s name is Prabir Chatterjee. Barsha received her early education from Pratt Memorial School in Kolkata. After which she came to Mumbai to make her career. She was fond of acting since her childhood and often participated in school play.

Chatterjee started her career with the TV show Kahaani Ghar Ghar Ki in the year 2008. In this show, she played the role of Shivangi Ishaan Kaul. After working on the show, she was seen in many TV shows like Ishq Ka Rang Safed, Aapke Aa Jaane Se and Barrister Babu. Apart from television, she is also very active on the web platform. She has also worked in Filter Copy and Dice Media’s series What The Folks!.

Some Facts About Barsha Chatterjee

If you have more details about Barsha Chatterjee. Please comment below we will updated within a hour.