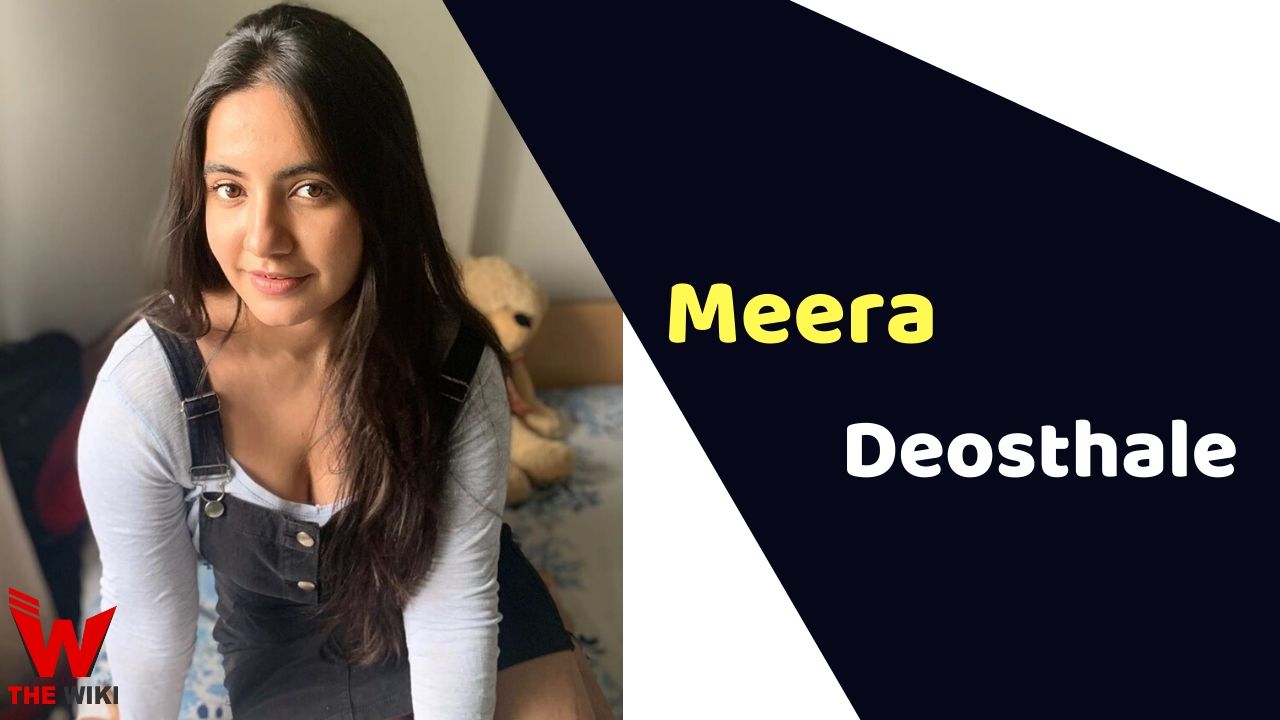 Meera Deosthale was born on 16 November 1995 in Vadodara, Gujarat. She belongs to a middle-class Hindu family. She wanted to become an engineer as a child in her childhood. But she chose acting as career. She was very active in extracurricular activities since school.

After completing studies, Meera came to Mumbai. In Mumbai, she starts her journey with the TV show Sasural Simar Ka in the year 2014. In this show she appeared in a small role of Priya. She got recognition in the television industry from the Colors TV show Udaan in 2016. She was featured in the female lead character of Chakor Rajwanshi. Meera was later replaced by Toral Rasputra. After that she also appeared in another show Vidya.

Meera is one of the top actresses in the TV industry, she lives in a lot of media headlines for her personal life. There was news of her dating co-star Paras Arora in 2017 but she called it a rumor.

Some Facts About Meera Deosthale

If you have more details about Meera Deosthale. Please comment below we will updated within a hour.