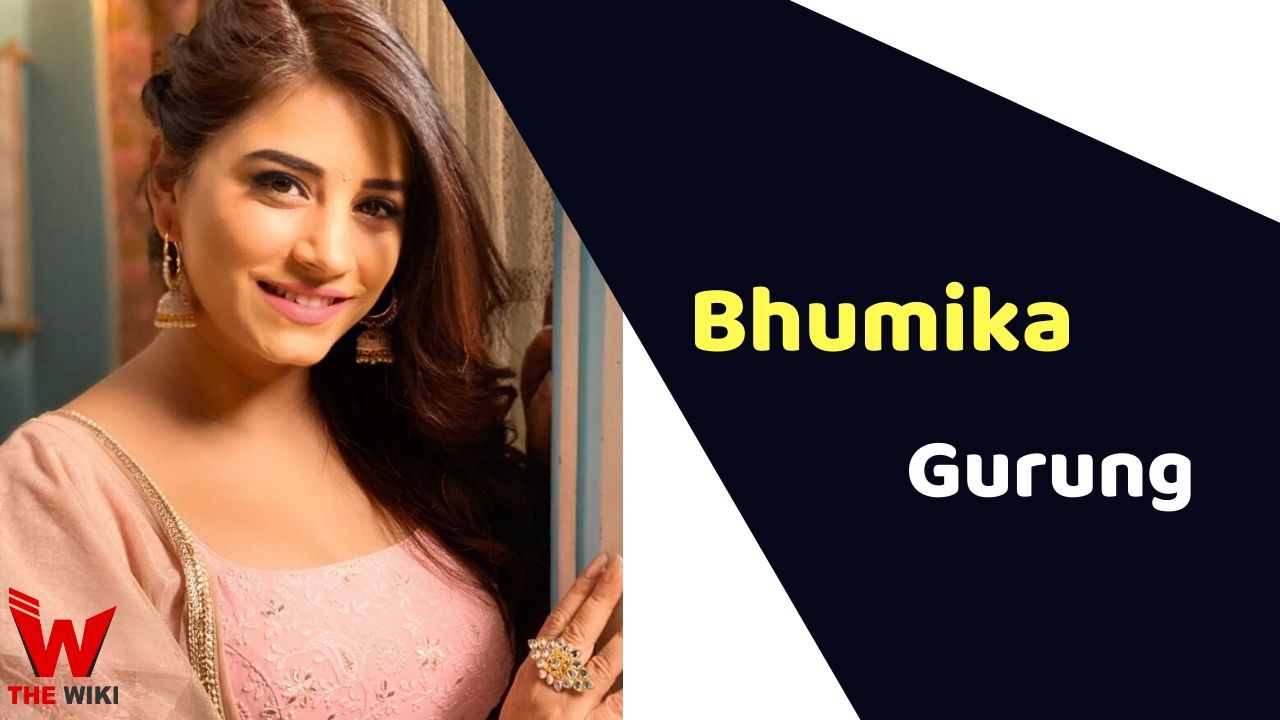 Bhumika Gurung is an Indian television actress. She is known for female protagonist role in Star Bharat’s serial Nimki Mukhiya. Apart from this, she has also been a part of shows like Gumrah: End of Innocence, Yeh Hai Aashiqui. She started her career as a model in 2017.

Bhumika Gurung was born on 27 January 1990 in New Delhi. Her family is originally from Shimla and father is a businessman in Mumbai. Bhumika never did theater but at the age of 16, she decided to work in the television industry. She did her schooling at Lady Irwin School in New Delhi.

Bhumika moved to Mumbai, where she also initially worked in private companies. She was fond of acting since childhood. She used to participate in acting and cultural activities during school days.

Before joining television industry, Bhumika had worked in corporate business but she was not satisfied with her job. That is why she quit her job and joined the modeling industry. In her early career, she made her mark with modeling and television commercials. During this time she got an opportunity to do episodic shows like Gumrah: End of Innocence, Yeh Hai Aashiqui.

Bhoomika got her first major breakthrough of her career from Star Bharat’s show Nimki Mukhiya. In this show she played the lead role of Namkeen “Nimki” Kumari.

Gurung engaged her long time boyfriend Keith in February 2018. Both were dating each other for 5 years but soon after their engagement both of them separated.

Some Facts About Bhumika Gurung

If you have more details about Bhumika Gurung. Please comment below we will updated within a hour.