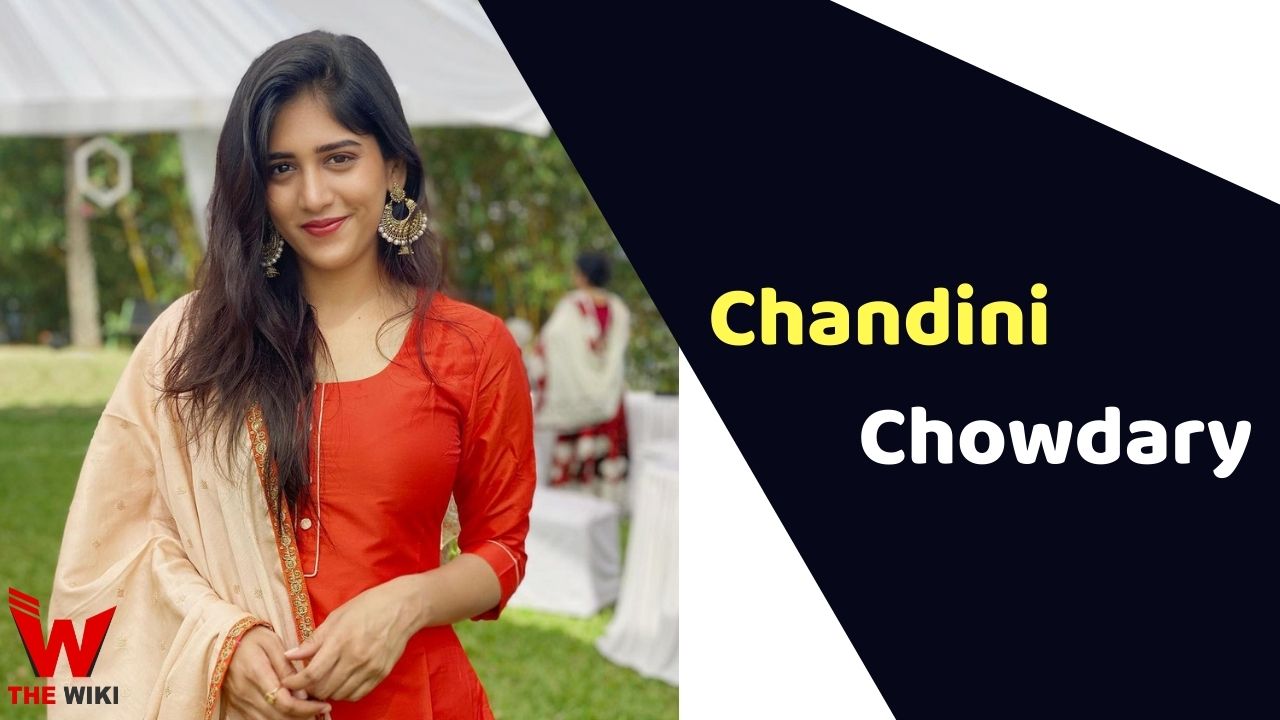 Chandini Chowdary is an Indian television and film actress and model who predominantly serves in Telugu movies. She starred in the movies like Kundanapu Bomma, Howrah Bridge, Colour Photo, Bombhaat, and Super Over.

Chandini Chowdary was born on 23 October 1993 in Visakhapatnam, Andhra Pradesh. She holds a degree of Mechanical Engineering.

Chandini began her career with the Telugu drama movie Life Is Beautiful in 2012. The Next year, she appeared in the comedy romance anthological movie Prema Ishq Kaadhal in 2013. She played the role of Akira in the movie Ketagadu in 2015. In 2016, Chandini acted in the drama movie Brahmotsavam as Ananda Valli, sister of Babu, and it was a blockbuster hit. She later featured in the film Kundanapu Bomma as Suchi, directed by Vara Mullapoodi. In 2017, she cast in the comedy-thriller movie Shamanthakamani as Madhu followed by Lie.

In 2018, Chandini starred in the 2018 film Howrah Bridge as Sweety with Rahul Ravindran. In the same year, she performed in the experimental romance art film Manu as Neela, an English woman. The film is publicly funded and got positive reviews from auditions.

She starred in the 2020 Aha’s period romantic drama movie Colour Photo in character of Deepthi, wife of Chandu. She cast in the Amazon Prime sci-fiction movie Bombhaat as Chaitra in 2020. Recently, she played the role of Madhu in the movie Super Over on Aha in 2021.

Chandini made her debut with the television serial Gods of Dharmapuri as Swapna in 2019. In 2020, she did two web series Masti’s and Shit Happens.

Some Facts About Chandini Chowdary

If you have more details about Chandini Chowdary. Please comment below we will updated within a hour.