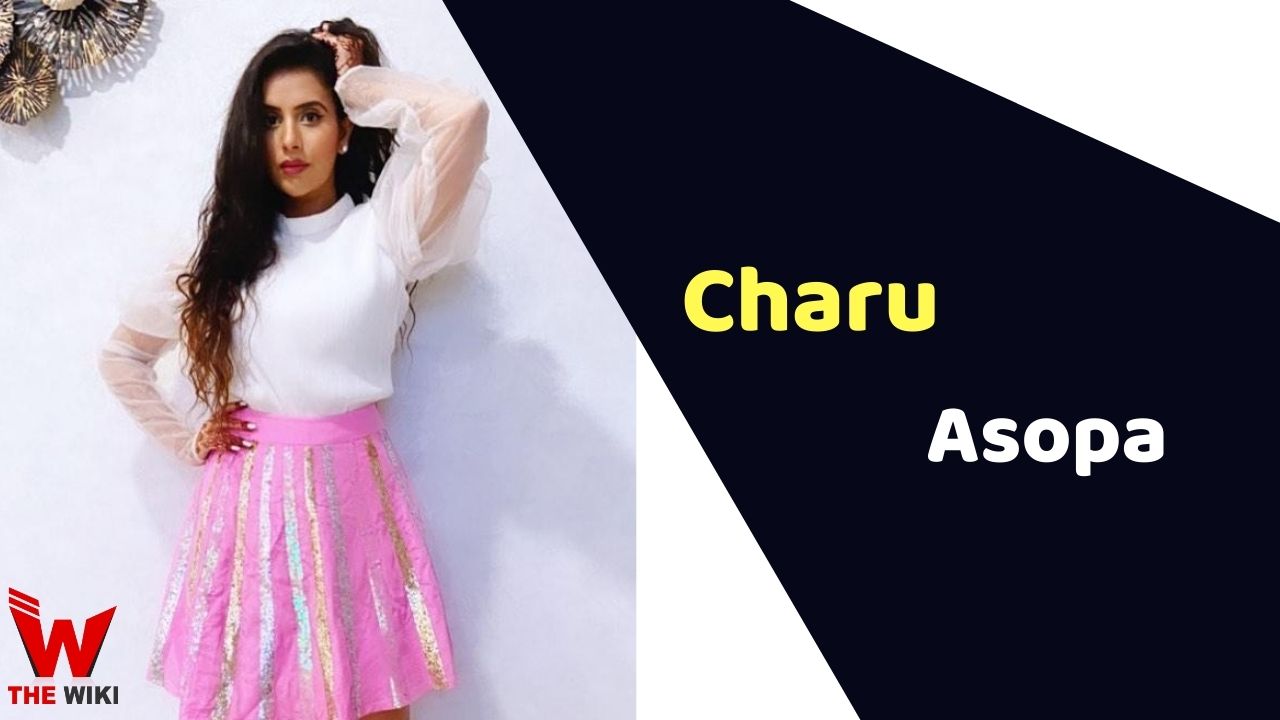 Charu Asopa is an Indian television actress. She is known for TV serials like Karn Sangini, Jiji Maa, Laado 2 and Mere Angne Mein. She started her career with Zee TV channel serial Agle Janam Mohe Bitiya Hi Kijo in 2009. Charu has been a part of more than 25 TV shows so far.

Charu Asopa was born on 27 February 1991 in Bikaner, Rajasthan. Charu’s father Ashok Asopa is a government official and mother Neelam Aesopa is a housewife. She started her career with theaters in Bikaner. After which she moved to Mumbai to pursue a career.

She made her television debut in 2009 with the serial Agle Janam Mohe Bitiya Hi Kijo. In which she played the negative role of Surabhi. After which Charu has played an important role in the top TRP serials like ‘Yeh Rishta Kya Kehlata Hai’, ‘Mahadev’, ‘Diya Aur Baati Hum’, ‘Balveer’, ‘Mere Angne Mein’ etc. Charu has also done three Hindi films, including ‘Dekha Toh Pahli Baar’, ‘Impatient Vivek’ and ‘Call for Fun’.

Charu Asopa married Rajeev Sen in June 2019 at Goa. He is brother of Bollywood actress Sushmita Sen. The couple also blessed with a baby daughter on 1 November 2021.

Some Facts About Charu Asopa

If you have more details about Charu Asopa. Please comment below we will updated within a hour.