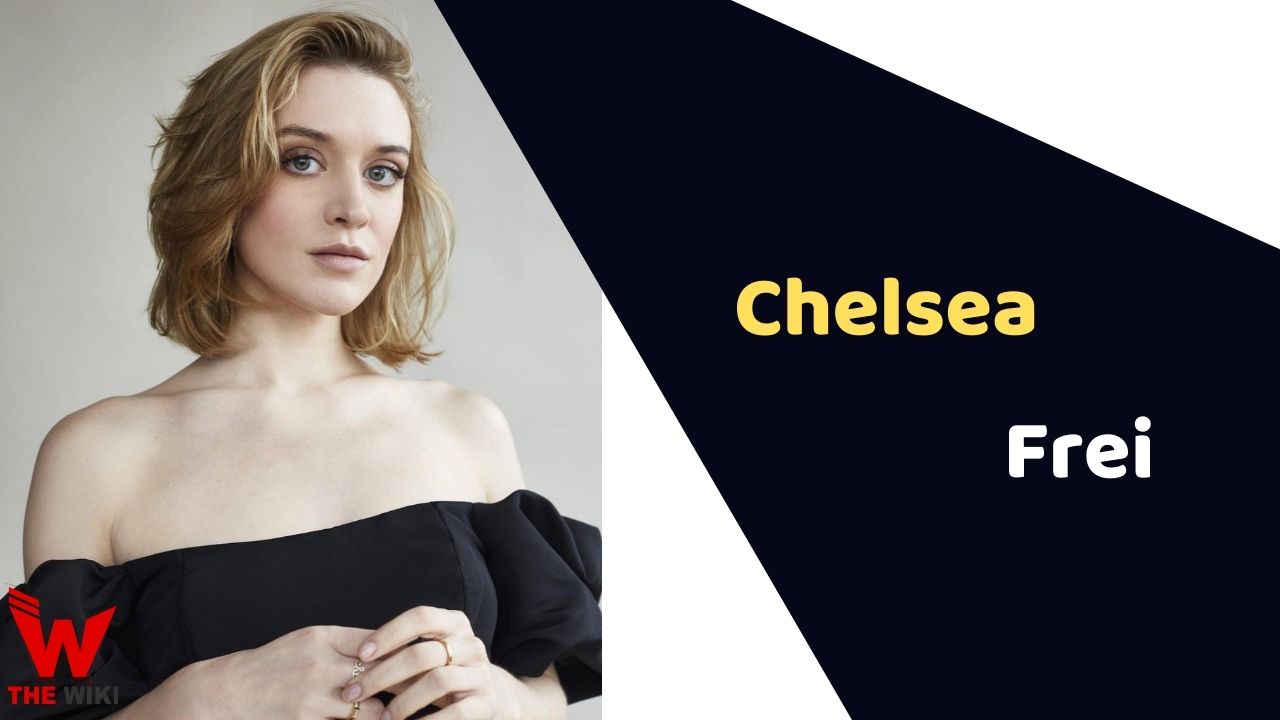 Chelsea Frei is an American television and film actress and producer. She is best known for playing role of Bridget Moody in popular sitcom television series The Moodys, aired on CBS. She has written and produced the short web series Hostess in 2017.

Chelsea Frei was born on November 16, 1992 in Andover, Massachusetts. She completed her graduation from New York University in acting.

Chelsea started her career with the American television comedy series Sideswiped as Jayne Tyler, Olivia’s married sister, in 2018. She then took on the role of titular role in biopic film Victoria Gotti: My Father’s Daughter. In 2020, She got featured in the comedy series The Last O.G. as Luna.

From 2019 to 2021, Chelsea appeared in the comedy series The Moodys as Bridget Moody, it based on the Australian show The Moodys. She played the role of Lauren in the 2021 comedy series Shrill aired on Hulu. She subsequently featured in an science fiction romantic-drama series, The Time Traveler’s Wife starring Rose Leslie and Theo James in 2022.

Some Facts About Chelsea Frei

If you have more details about Chelsea Frei. Please comment below we will update within an hour.