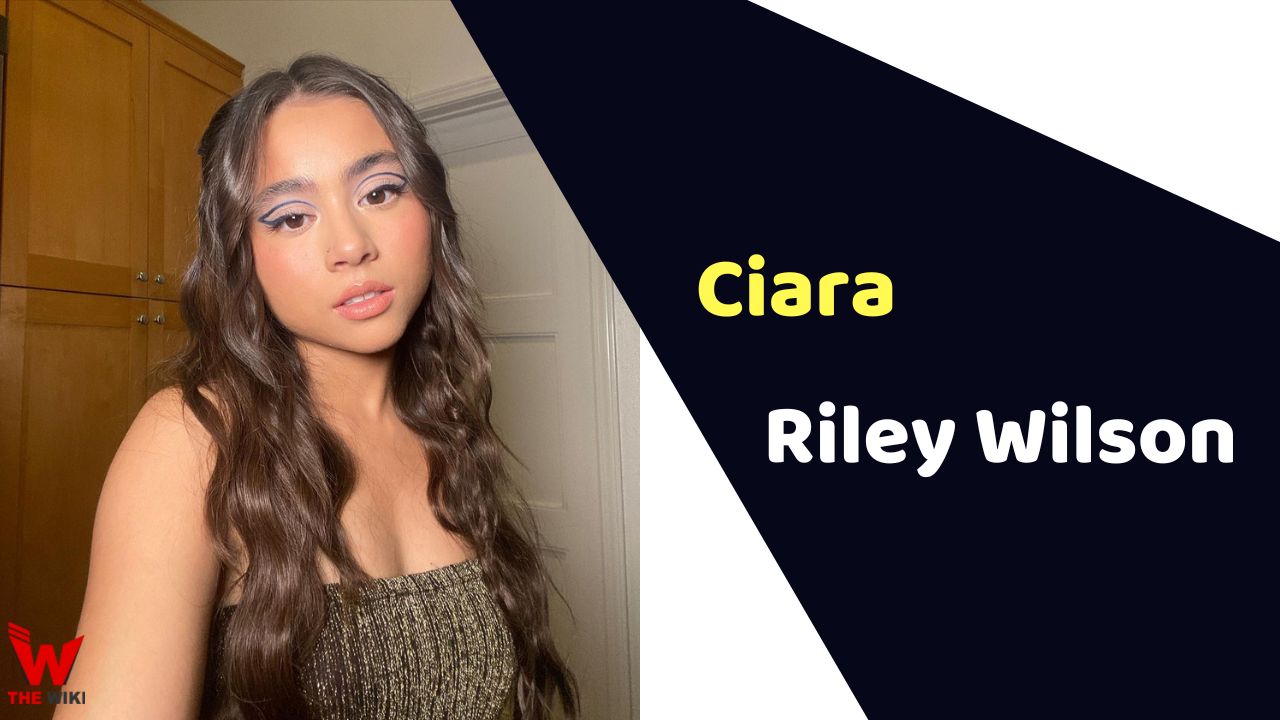 Ciara Riley Wilson is an American actress, dancer and fashion designer. She is best known for her performance as Demi in Netflix’s television series Freeridge. Her other notable shows are L.A.’s Finest, Coop and Cami Ask the World, Kim Hushable and It’s a Snackdown! Outside of acting, Ciara is passionate about fashion designing and often shares her designs influenced by the 70’s on Instagram and Tiktok.

Ciara Riley Wilson was born on March 26, 2001 in Portland, Oregon. At eight, she began her career in the Pacific Northwest through radio voiceover advertisements and television commercials. Growing up learning dance, she soon realized that, she had deep passion for acting. Ciara moved to LA to pursue career in films and television at the age of eleven years.

Ciara got first acting role in Henry Danger as Jenna in 2014. Later, she appeared as Tara in TV series Cheerleaders. The same year, she lent her voice to various characters of animated series OMG! She subsequently featured in recurring roles in Speechless, Bizaardvark and On My Block.

Ciara came into spotlight after portraying Letti Ramirez in L.A.’s Finest starring Jessica Alba, Gabrielle Union and Duane Martin. She has done an important supporting role in mini-series Kim Hushable, premiered on Disney. In 2023, she appeared in Netflix series Freeridge opposite to Keyla Monterroso Mejia.

Some Facts About Ciara Riley Wilson

If you have more details about Ciara Riley Wilson. Please comment below we will update within an hour.