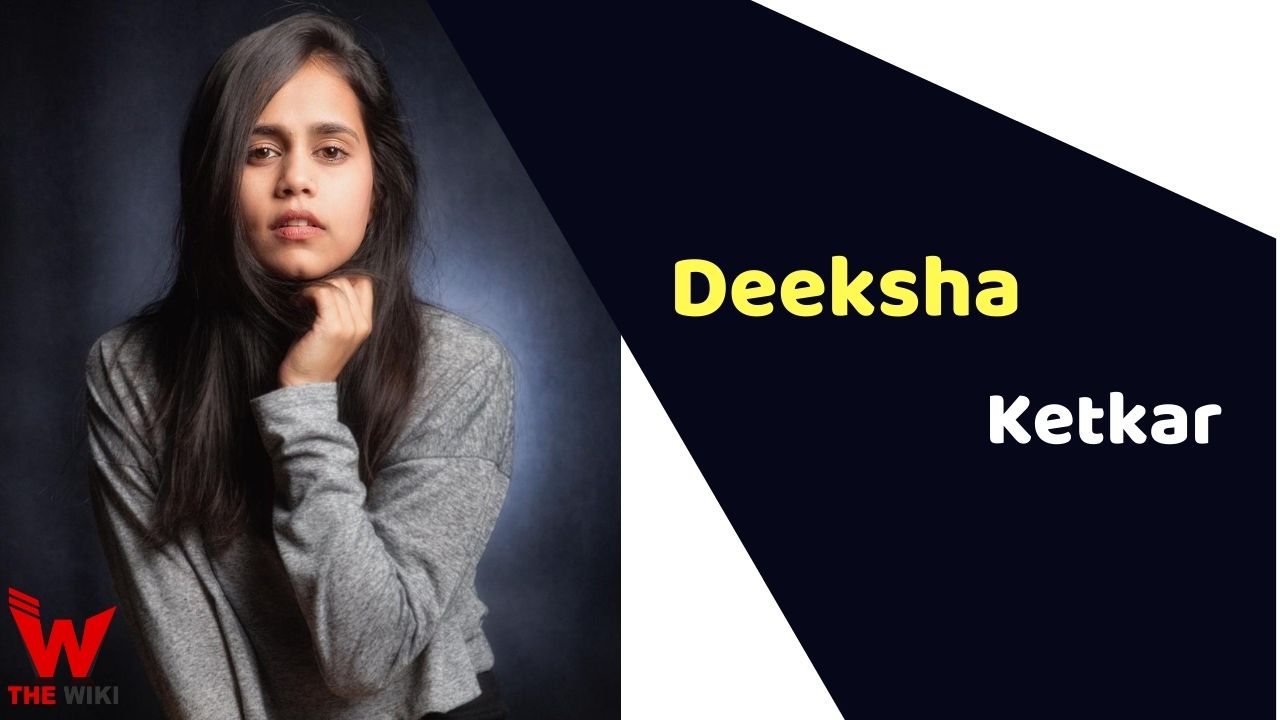 Deeksha Ketkar is a Indian television actress. She is known for playing Aishwarya Jadhav in Sony Marathi show Tu Saubhagyavati Ho. She is younger sister of Marathi television actor Shashank Ketkar. Deeksha has worked in several of Marathi serials.

Deeksha Ketkar was born in a middle class Hindu family in Pune, Maharashtra to parents Shirish Ketkar and Shilpa Ketkar. She also has a elder brother Shashank Ketkar, who is also a very renowned actor in Marathi television industry. Deeksha did her schooling from Pune itself and later moved to New York for further education. She took acting lessons from The Lee Starbug and Film Institute in New York.

Deeksha did her debut from You are lucky and has acted in films like Crshd (2019), Safe Journey (2019) and Dhusar (2013). She is a very versatile actor and has essayed diverse characters ranging from a conservative, pregnant Muslim woman from India, in a critically acclaimed Off-Broadway production called A Muslim in the Midst to a sassy, confident, self-assured teenager, who is an art student in an independent feature film Crshd.

She loves to experiment with acting and also featured in television commercials of Venmo and Polaroid Camera. In 2021, She was seen as female lead in the series Tu Saubhagyavati Ho starring alongside Harish Dudhade and Guru Divekar.

Deeksha is currently dating Nachiket Guttikar who is a photographer in New York.

Some Facts About Deeksha Ketkar

If you have more details about Deeksha Ketkar. Please comment below we will updated within a hour.