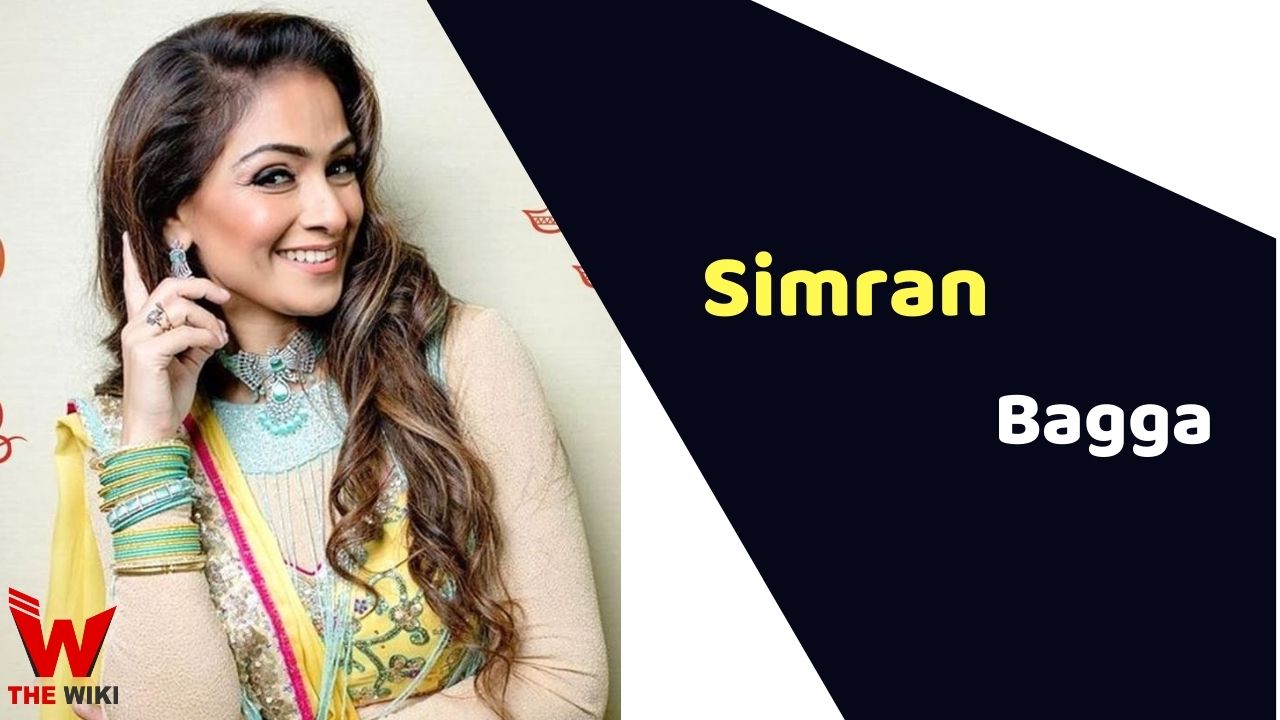 Simran Bagga is an Indian television actress, model, dancer and film producer. She is known for her work in Tamil, Telugu, Malayalam, Hindi, Kannada & Urdu cinema. She debuted with movie Sanam Harjai in 1995. Simran was nominated to win the Best Debut Actress Award at South Filmfare Awards in 1997. She won the Filmfare Award for Best Supporting Actress for her performance in the romantic drama Vaaranam Aayiram (2008).

Simran Bagga was born on 4 April 1976 in a Punjabi Hindu family to Ashok Naval and Sharda Naval. She has three siblings, brother named Sumith Naval (actor) and two sisters named Jyothi Naval & Monal Naval. She completed her schooling from St. Anthony`s School in Andheri, Mumbai and later graduated from the Mumbai University with a Bachelor of Commerce degree. While pursuing her Bachelor of Commerce, she started pursing modeling.

Simran Bagga made her movie debut with the film Sanam Harjai in 1995. Her biggest Bollywood film is a multi-starrer Tere Mere Sapne produced by A.B.C.L. She earned a lot of fame in the Tamil and Telugu film industries. She debuted in Tamil with the film Nerruku Ner (1997). Simran got fame with movie VIP (1997) and was also part of many films such as Vaali (1999) which gained her a huge popularity in Tamil film industry, Ajith, Samarsimha Reddy (1999), Thulladha Manamum Thullum (1999), Narasimha Naidu, Kannathil Muthamital (2002).

Simran also did an action thriller film called Thupparivaalan (2017) and action drama Seema Raja (2018). In 2019, she appeared opposite Rajinikanth in the Karthik Subbaraj directorial ‘Petta’. Besides this, she also essayed a central role in the spy thriller Dhruva Natchathiram.

Some Facts About Simran Bagga

If you have more details about Simran Bagga. Please comment below we will updated within a hour.