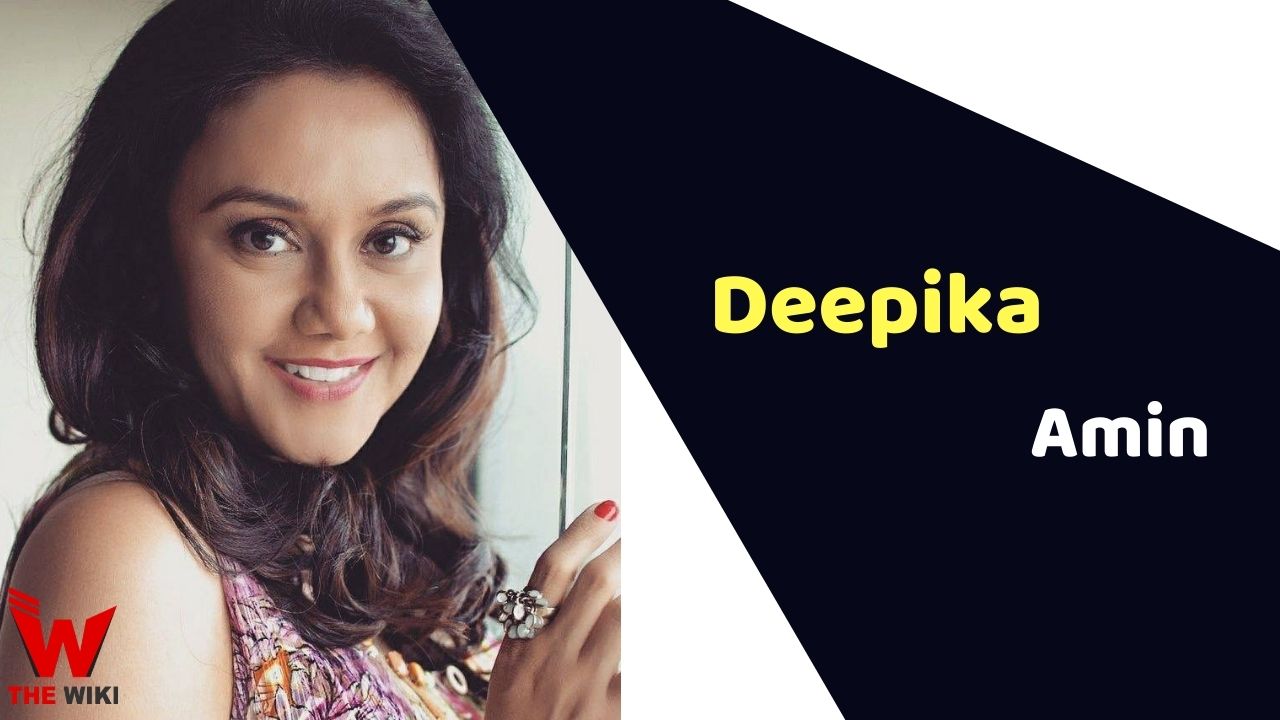 Deepika Amin is an Indian television and theatre actress. She is best known for her television shows such as Farmaan and Tashan-e-Ishq. She is renowned for her roles in movies including Fan (2016), Raanjhanaa (2013), Well Done Abba! (2009) and Humpty Sharma Ki Dulhania (2014).

Deepika Amin was born on 24 January in Mumbai, Maharashtra. Her father Ulhas Deshpande is an Air Vice Marshall in the Indian Air force and, her mother Kshama Deshpande is a disciple of the Kathak master Shri Gopi Krishna. His paternal grandfather, Atmaram Ravaji Deshpande was a Marathi poet and winner of the Sahitya Akademi Award. His maternal grandmother, Kusumavati Deshpande was an author of Marathi Literature and a professor of English literature at Nagpur University.

Deepika did her schooling at Loreto Convent, New Delhi, and graduated from Lady Shri Ram College for Women, Delhi University. She has an honors degree in economics.

Deepika began her television career in 1994 with the show Farmaan. She obtained her initial break with Lekh Tandon and Gul Anand’s sitcom Farmaan, where she played the lead role against Kanwalijt. Her second televised series was Junoon in 1996, aired on Doordarshan. A few of her well-known series are Tashan-e-Ishq, 9 Malabar Hil and Siyasat.

Amin has appeared in Shyam Bengal’s Amravati Ki Kathayein series and her 10-part historical series Samvidhaan (The Making of the Constitution of India) in 2014. She starred as Ruquaiyya Begum in the critically acclaimed Siyaasat series on Epic in 2014.

She served as a member of the Prime Time Theatre Company for several years, working in plays by Lillete Dubey. Deepika has performed in plays like Boiled on Toast and Wedding Album by Girish Karnad, directed by Lilette Dubey, Sammy from Pratap Sharma, and in musicals including Annie Get Your Gun and South Pacific. She has appeared in the famous web series titles What the Folks in the year 2017.

Deepika Amin tied the knot with Vikram on 18 March. She resides with her husband along with their daughter Rhea in Bombay.

Some Facts About Deepika Amin

If you have more details about Deepika Amin. Please comment below we will updated within a hour.