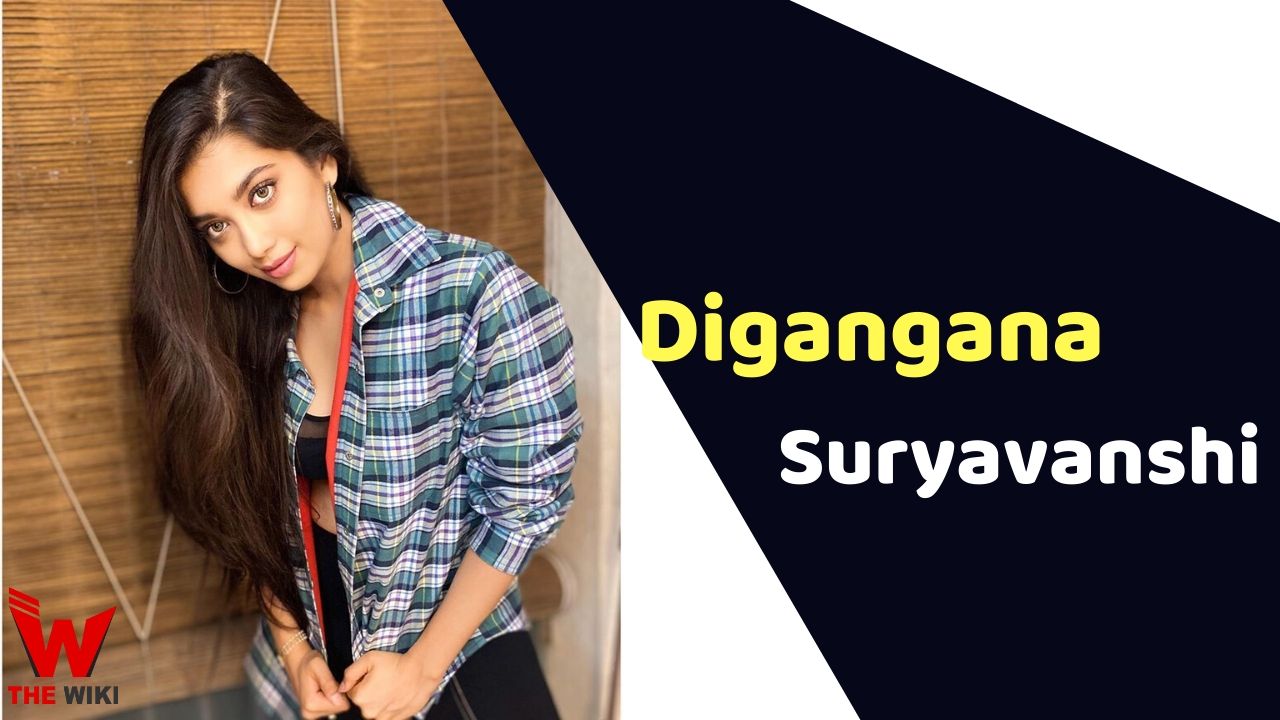 Digangana Suryavanshi is an Indian television actress. She is known for her female protagonist role in the television show Ek Veer Ki Ardaas … Veera. She started her career as a child artist in 2002. In the year 2015, she also appeared as a contestant in Bigg Boss 9.

Digangana Suryavanshi was born on 15 October 1997 in Mumbai Maharashtra. She is the daughter of Neeraj and Sarita Suryavanshi. Digangana belongs to a Hindu middle class family. She did her schooling from Mumbai’s St. Xavier’s Higher School. After which she completed her graduation from Mithibai College. Suryavanshi started working in television shows at a very young age.

Suryavanshi made her career debut as a child artist on the TV show Kya Haadsa Kya Haqeeqat. She then appeared in small roles in several television shows such as Krishna Arjun, Shakuntala, Saath Nibhaana Saathiya, Qubool Hai etc. In the television industry, she was recognized for her lead role in the TV show Ek Veer Ki Ardaas … Veera with Veera Baldev Singh. In 2018, Suryavanshi made her Bollywood debut with the film FryDay. She has so far appeared in Hindi, Hamil and Telugu films.

Digangana Suryavanshi is also in the headlines for her personal life. The news of her and Bhavya Gandhi dating often comes in the media, but she never publicly accepted her relationship.

Some Facts About Digangana Suryavanshi

A post shared by Digangana Suryavanshi (@diganganasuryavanshi) on May 30, 2020 at 4:13am PDT

If you have more details about Digangana Suryavanshi. Please comment below we will updated within a hour.