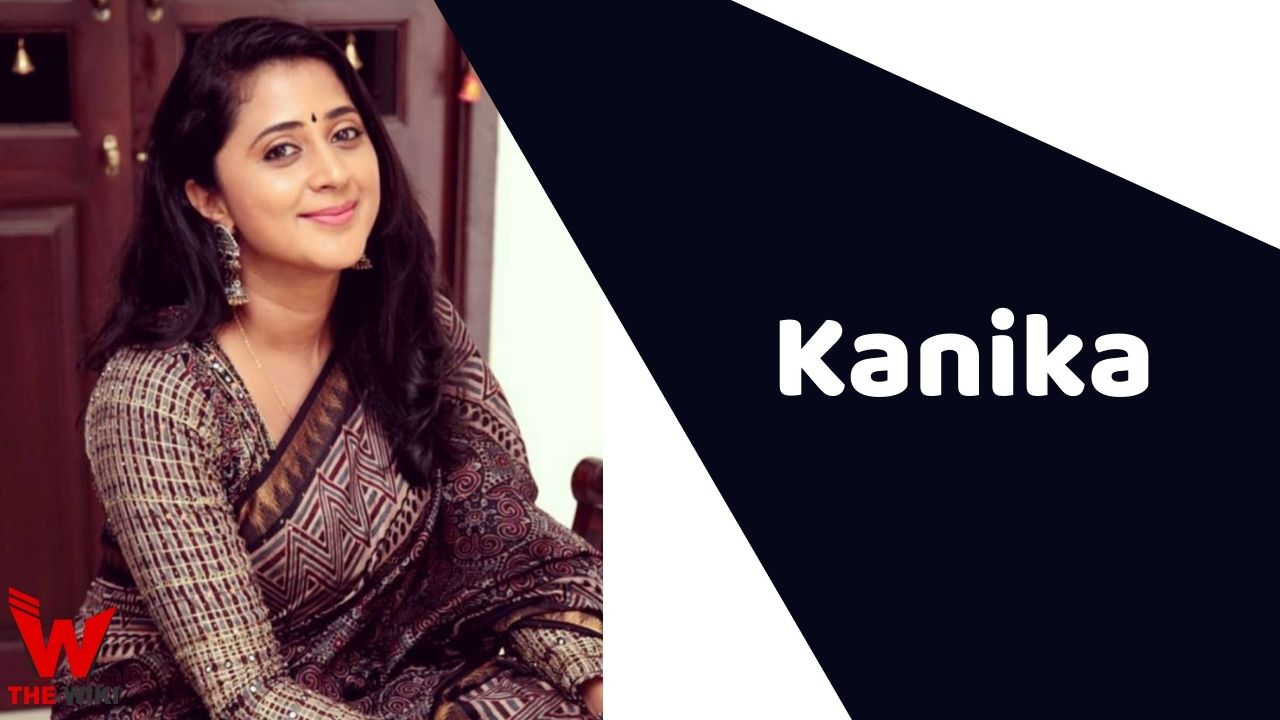 Divya Venkatasubramaniam (aka Kanika and Kaniha) is an Indian television and movie actress, voice-over artist, playback singer, and television anchor. She served in Malayalam, Tamil, Telugu, and Kannada entertainment industry. She was crowned as Miss Chennai 2001.

Divya Venkatasubramaniam was born on 3 July 1982 in Madurai, Tamil Nadu. Her father’s name is Venkat Subramanian. She always had a fascination for music and acting but never thought of pursuing it as a professional career. In the year 1999, she was awarded the prestigious Tamil Nadu State Award for Educational Excellence by the Government of Tamil Nadu. Since then, Kaniha started taking training in modeling and acting. Meanwhile, she also won the beauty pageant Miss Chennai of 2001.

Renowned director and producer Susi Ganesan was spotted her on magazine cover and offered her to played female lead role in his movie Five Star.

Kaniha began her career with the Tamil film Five Star as Eshwari in 2002. She got featured in the Telugu rom-com drama film Ottesi Cheputunna as Divya in 2003. The same year, she appeared in the Kannada movie Annavaru as Subbulakshmi. The movie draws inspiration from the blockbuster Thalapathi. In 2006, she acted as Sneha in the Malayalam drama film Ennittum. Kaniha got cast in the 2009 Kannada movie Rajakumari as Rajakumari. It is the official remake of the Tamil movie Anantha Poongatre.

The Next year, she performed as Tulasimani, adopted daughter of Pisharody, in the Malayalam neo-noir action-horror film Drona 2010. She played the role of Sainaba, Shahjahan’s only sister, in the movie To Noora with Love in 2014. In 2016, she appeared in the Malayalam crime-thriller movie 10 Kalpanakal as Sara. Based on the Max story. She got featured as Diana Joseph in the 2018 action-thriller film Abrahaminte Santhathikal. She did a comedy-drama movie Bro Daddy as Elsy Kurian in 2022.

Kaniha tied the knot with US based Software engineer Shyam Radhakrishnan in 2008. The couple blessed with a son named Sai Rishi in November 2010.

Some Facts About Kaniha

If you have more details about Kaniha . Please comment below we will updated within a hour.