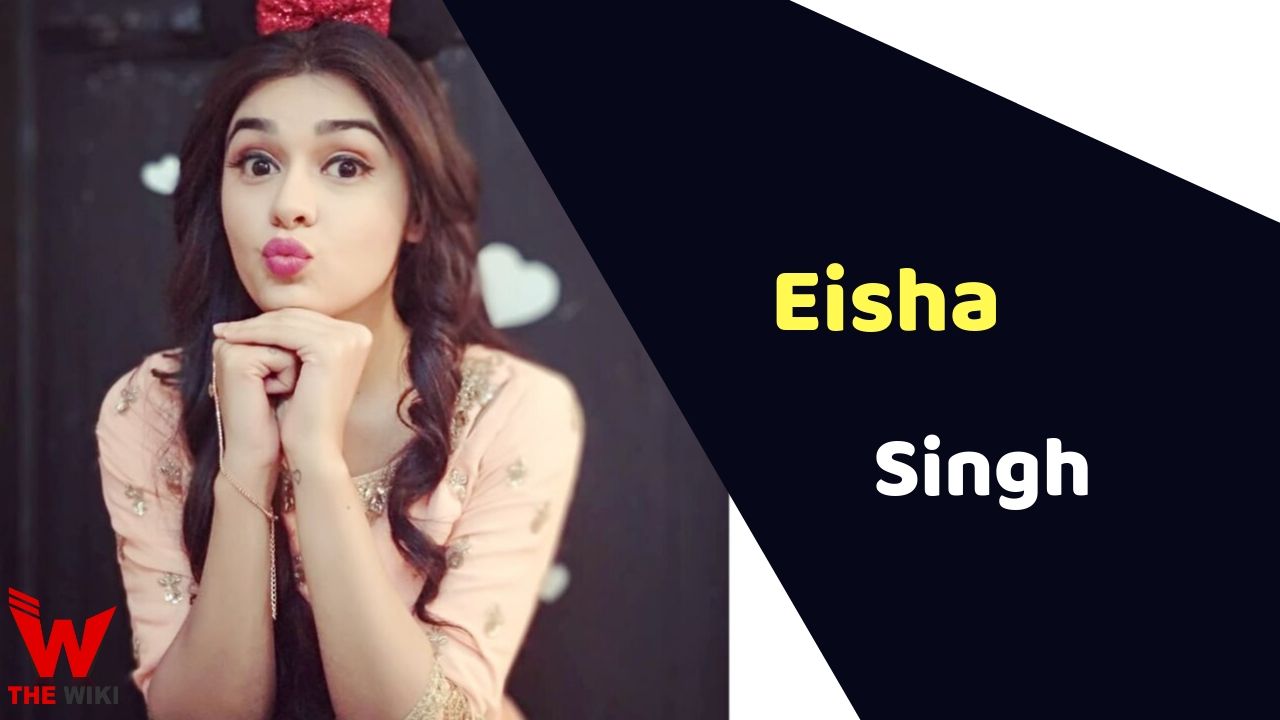 Eisha Singh is an Indian television actress. She is known for television shows such as “Ishq Ka Rang Safed”, “Ek Thi Rani Ek Tha Raja” and “Ishq Subhan Allah”. She is originally belongs from Bhopal, Madhya Pradesh. Eisha made her television debut in the year 2016.

Eisha Singh was born on 24 December 1998 in Bhopal, Madhya Pradesh. Her father Pankaj Singh is a businessman in Bhopal while her mother Rinku Singh runs a play school. She also has a younger brother Rudraksha in the family. Eisha wanted to pursue a career in acting since childhood.

Due to the busy work of parents, she has spent much of her childhood with grandparents. After making her debut in acting, Eisha now lives with her mother in Mumbai, while her brother and father live in Bhopal.

Eisha Singh got her early education from Shri Bhavan Bharti Public School, Bhopal. From the fourth grade, she wanted to pursue a career in acting, but at one time she gave up her dream of acting and started looking for a future in studies. After studying 10th, she won the Miss Teen Madhya Pradesh Award at the age of just 15, after which she re-think about the dream of acting.

Eisha started taking theater education from Alok Chatterjee and Balendra Singh Balu. After spent some time theater, she started her career in Mumbai.

Eisha made her debut in the Mumbai television industry at the age of 16. Eisha’s uncle living in Mumbai who is also associated with the TV industry. They told her to come to Mumbai for audition. She did that. After about a month she got a confirmation call in which they were told that She have been selected for the lead role in “Ishq Ka Rang Safed”.

Eisha played the lead character of Dhani in the television show Ishq Ka Rang Safed. She never looked back after this show. She has played important roles in television shows “Ek Thi Rani Ek Tha Raja” and “Ishq Subhan Allah”. In a short career, She has been awarded awards several times.

Eisha Singh is also very active on social media. She is available on all platforms of social media where she keeps sharing the latest videos and pictures with her fans. She has millions of followers on Instagram.

Some Facts About Eisha Singh

If you have more Details about Eisha Singh. Please comment below we will updated within a hour.