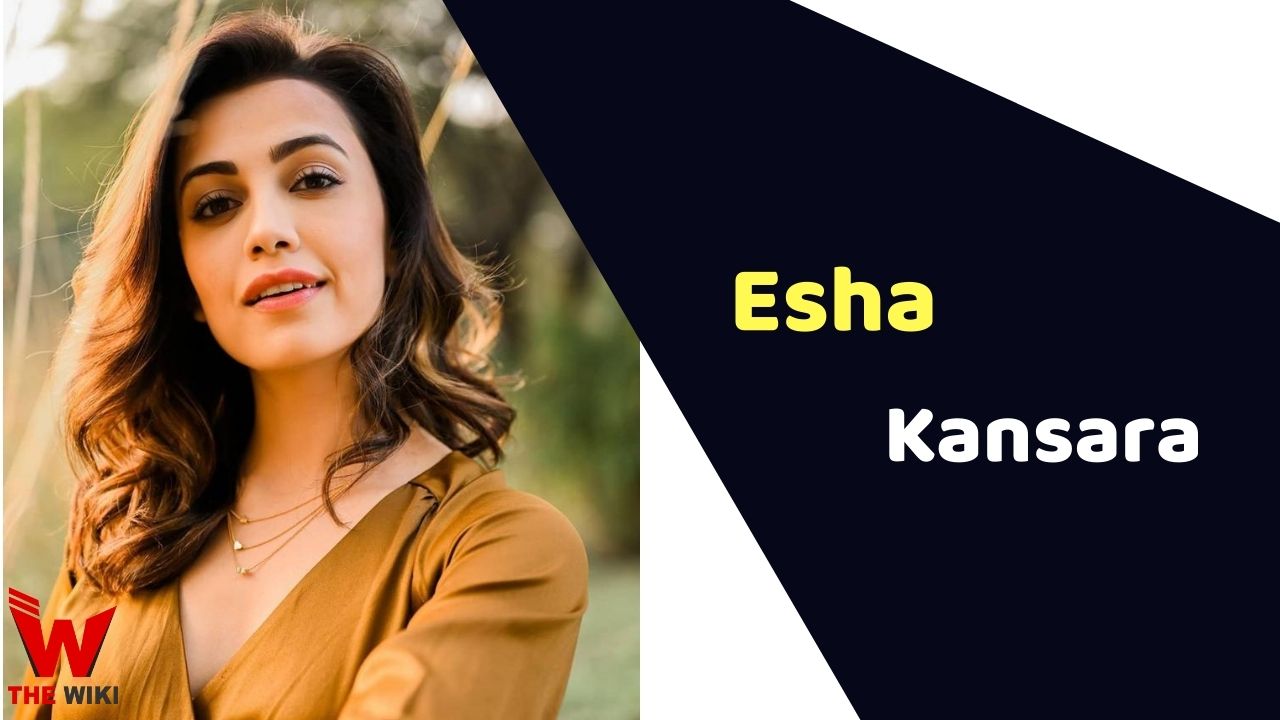 Esha Kansara is an Indian television and film actress. She is known for the lead role of Devki Shah in the television show Mukti Bandhan. Apart from this, she has also worked in TV shows like Meri Bhabhi, My Name Ijj Lakhan and Maddam Sir. Esha is currently active in the Gujarati film industry and has been a part of films like Duniyadari, Mijaaj, Midnights with Menka.

Esha Kansara was born on 20 August 1992 in Ahmedabad, Gujarat. She was fond of dancing and acting since childhood. Since childhood, she started training in classical dance and Bharatanatyam. Esha joined the modeling industry after completing her schooling. In 2009 she was chosen second runner-up in the Miss Gujarat beauty pageant. After which she shifted to Mumbai.

Esha was first seen on television on the Zee TV channel dance reality show Dance India Dance in which she was seen participating as a contestant. She could not continue her journey in this competition after top 100. In 2011, Esha received an offer to play the lead role in the Mukti Bandhan serial. After this show, she never looked back. She has worked in shows like Meri Bhabhi, My Name Ijj Lakhan, Maddam Sir.

Some Facts About Esha Kansara

If you have more details about Esha Kansara. Please comment below we will updated within a hour.