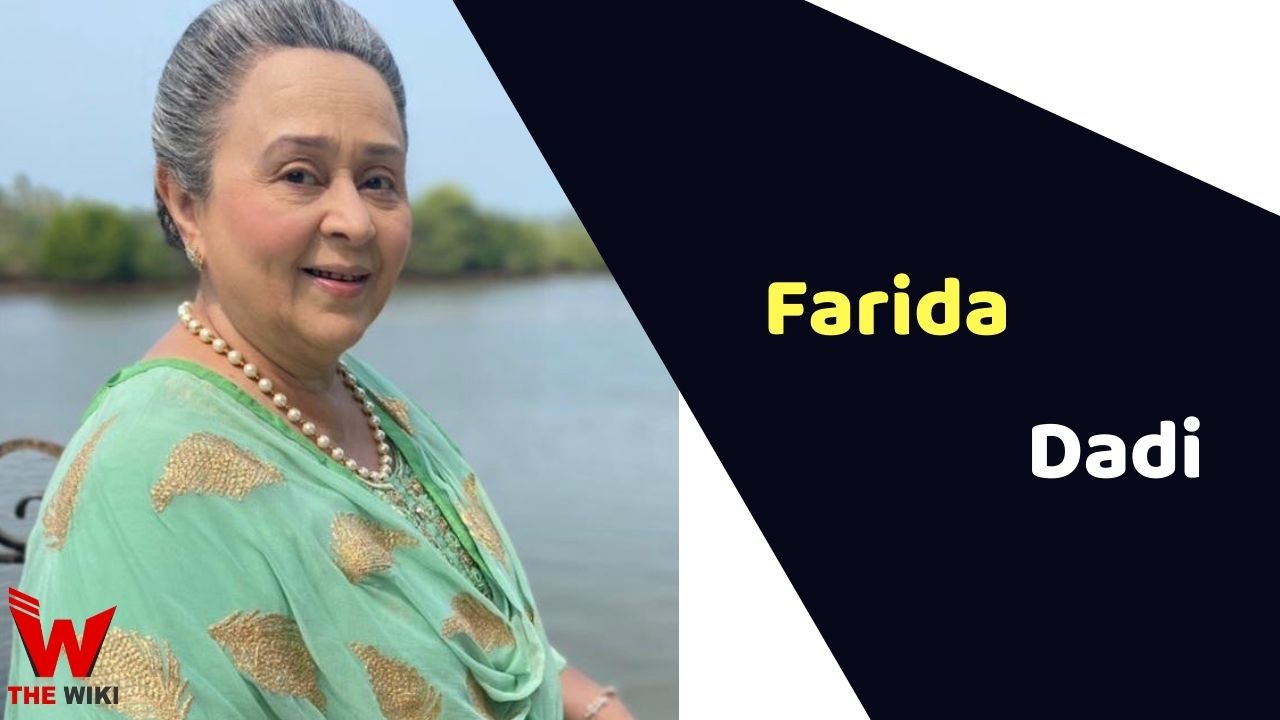 Farida Dadi was born on 8 June in Mumbai, Maharashtra. She has two siblings named Baby Guddi and Master Javed. Farida Devi tied the knots with a Gujarati boy. The couple has two children a daughter and a son.

Farida began her career with the film Sujata as Young Sujata in 1959. She got featured in the drama film Usne Kaha Tha as Young Farida in 1960. In 1961, she appeared in the film Kabuliwala as Amina A. Khan. In the same year, Farida played the role of Young Sarita in the movie Chhaya in 1961. She acted in the 1963 film Yeh Rastey Hain Pyar Ke as Rita A. Sahni. Her 1964 movies include Sangam as Young Radha, Dosti as Manjula, and Beti Bete as Young Lakshmi. The Next year, she performed in the drama-romance movie Jab Jab Phool Khile as Munni in 1965 and was a blockbuster hit.

Farida made her debut with the television series Saara Akaash as General Durani’s Mother aired on Star Plus in 2004. In the same year, she appeared in the serial Hey… Yehii to Haii Woh in 2004. She cast in the 2006 drama serial Ghar Ki Lakshmi Betiyaan broadcasted on Zee TV. In 2008, she played the role of Tai Doctor in the television series Balika Vadhu on Colors TV. From 2008 to 2014, she starred in the third longest-running tv-series Uttaran as Anjum Jalalan aired on Colors TV. Her other notable television shows are Ichhapyaari Naagin, Jijaji Chhat Per Hain, Kumkum Bhagya, Jodha Akbar etc.

Some Facts About Farida Dadi

If you have more details about Farida Dadi. Please comment below we will updated within a hour.