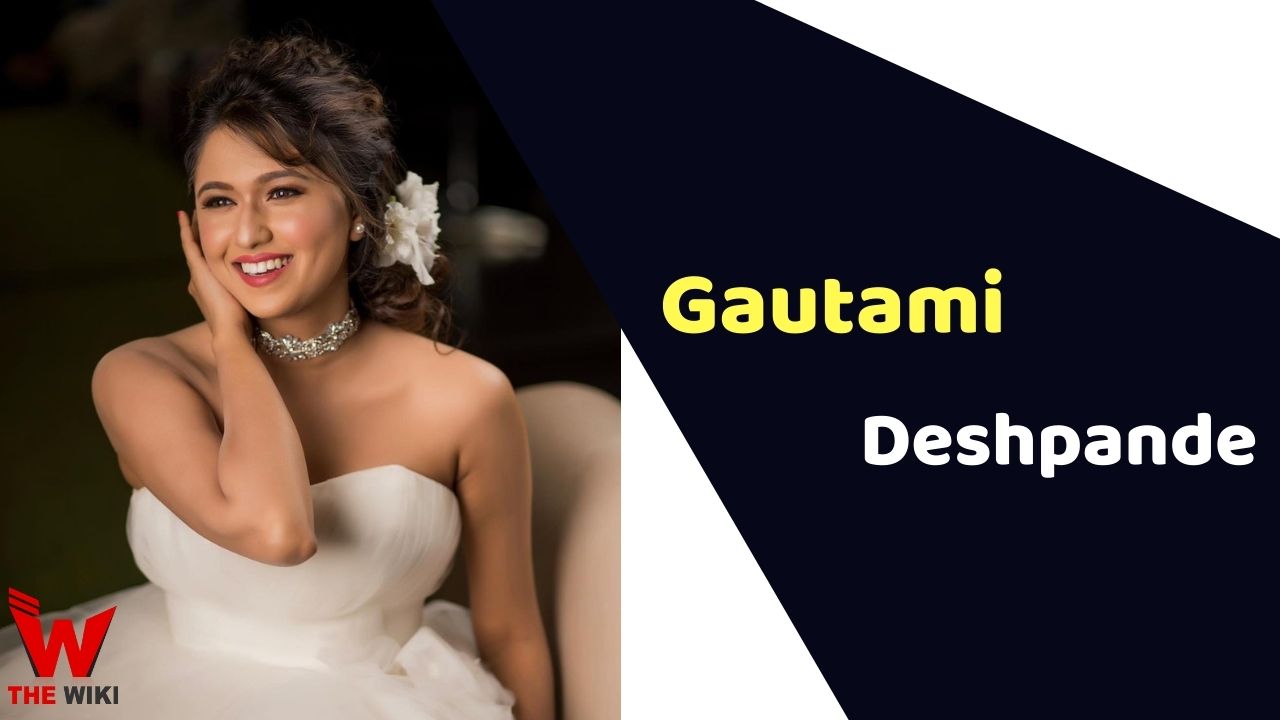 Gautami Deshpande is an Indian television actress and singer. She is known for her portrayal in television show Majha Hoshil Na aired on Zee Marathi. She is younger sister of a renowned Marathi industry actress Mrinmayee Deshpande. Apart from acting, she is also a phenomenal singer.

Gautami Deshpande was born in Pune, Maharastra on 31 January 1992. Her father’s name is Vivek Deshpande and her mother’s name is Pratibha Deshpande. She has an elder sister Mrinmayee Deshpande who is also an actress. Gautami completed her engineering degree in year 2014 from VIIT College, Pune. She was quite active in her college life in cultural activities. After graduating she also worked in an IT firm before working as an actor.

She started her career by Zee Marathi’s television show Sare Tujhyachsathi, played the role of Shruti. The audience loved her melodious voice and acting. Apart from acting, she loves to sing. She took part in singing show in 2016 named Super Singer as a contestant. She has also participated in Time Out fest in 2016, where she was awarded for her performance.

In 2020, she played lead role in Majha Hoshil Na opposite to Virajas Kulkarni. The show aired on Zee Marathi.

Some Facts About Gautami Deshpande

If you have more details about Gautami Deshpande. Please comment below we will updated within a hour.