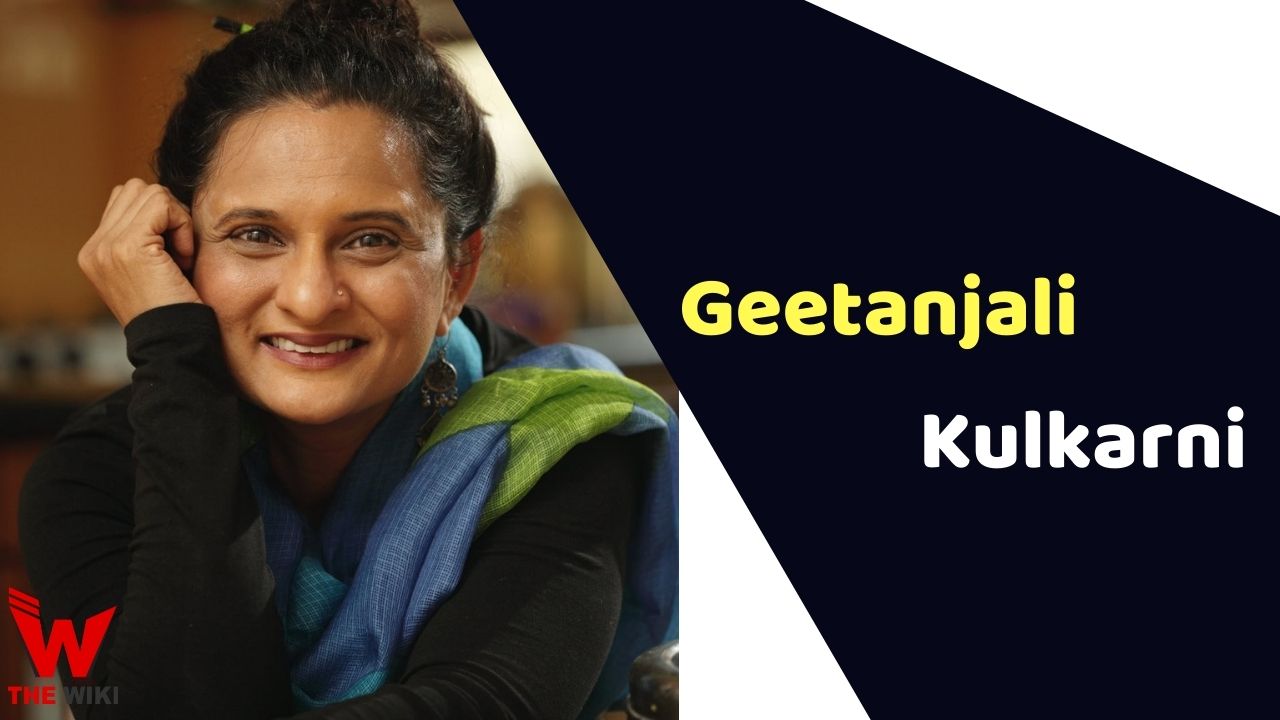 Geetanjali Kulkarni is an Indian television and movie actress. She has gained popularity from the web series Gullak, played the role of Shanti Mishra from 2019 to 2021. She is famously known for her work in Operation MBBS (2020), Photograph (2019), and Sir (2018).

Geetanjali Kulkarni was born in Mumbai, Maharashtra. She completed her graduation from Ruia College and the National School of Drama. She holds a B.A. degree.

Geetanjali started her career as a supporting actress in Marathi and Hindi film industry. She came into limelight after working in horror movie Ragini MMS 2 in 2014. The same year, she acted in drama film Court as Public Prosecutor Nutan. She later appeared in the comedy-drama movie P Se PM Tak as Anandibai in 2015. The movie is based on a prostitute named Kasturi who gets caught by political parties.

She portrayed the role of Lata in the comedy-drama film Hotel Salvation in 2016. In 2018, she acted as Laxmi in the drama-romance movie Sir. Geetanjali performed the character of Ramyaari in the 2019 movie Photograph. Her other notable films are Anandi Gopal, Vegali Vaat and Ashes.

Geetanjali is quite popular on OTT platforms and started her career with sports series Selection Day as Geeta. She subsequently featured in the comedy drama-romance series Taj Mahal 1989 as Sarita. From 2019 to 2021, she starred as Shanti Mishra in the famous comedy drama-family series Gullak.

Geetanjali Kulkarni tied the knots with Atul Kulkarni in 1996. They met during the education from NSD and dated three years before getting married. The couple don’t have any children. Geetanjali says she doesn’t regret the decision.

“As a society, we are forced to follow so many conventions and one of them is having children. But when we started out, we were both struggling to find our feet. Things weren’t smooth as they are now. We had our share of troubles, our share of darkness. So we couldn’t think of brining another being in our lives. It wouldn’t have been good for the child. I too would have resented sitting at home and taking care of the baby.”

Some Facts About Geetanjali Kulkarni

If you have more details about Geetanjali Kulkarni. Please comment below we will updated within a hour.