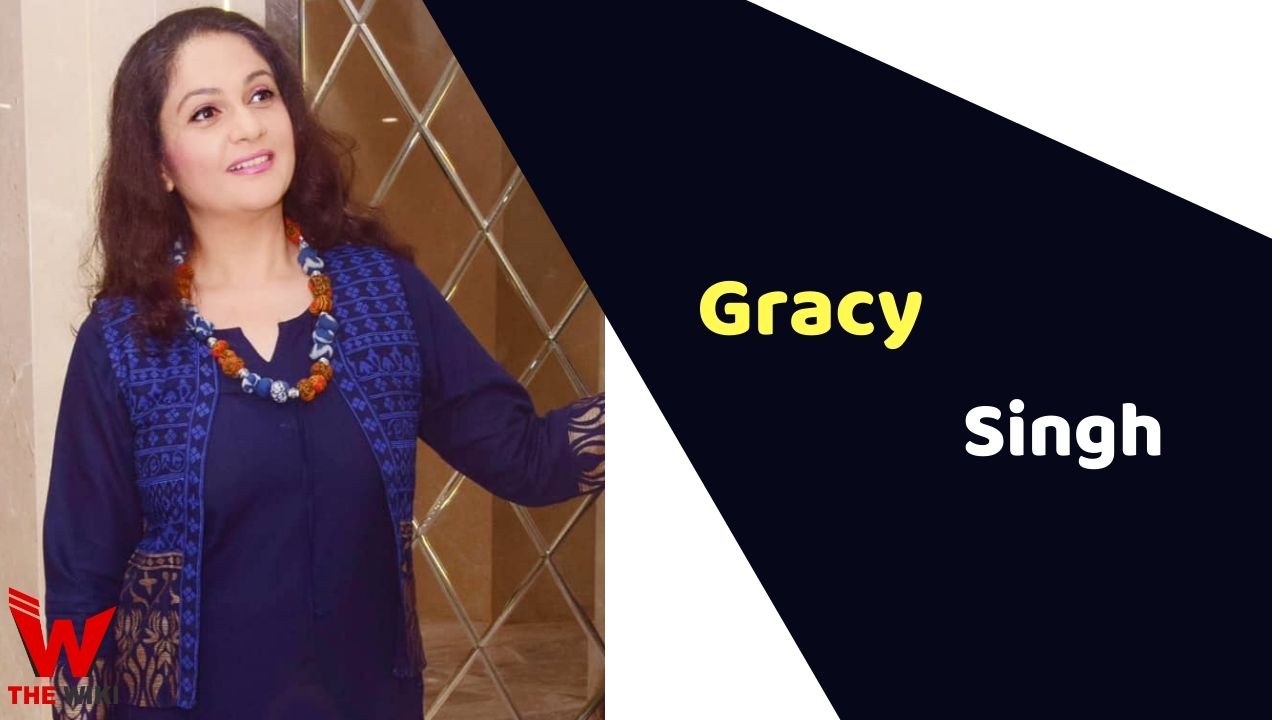 Gracy Singh is an Indian film & television actress and dancer. She is known for playing female lead role in the film Lagaan (2001) and Munna Bhai MBBS (2003). She made her Bollywood acting debut with the movie named Sar Utha Ke Jiyo in year 1998. Gracy also quite active in television industry and has been worked in TV shows Santoshi Maa, Prithviraj Chauhan and Amanat.

Gracy Singh was born on 20 July 1980 in New Delhi, India to Swaran Singh and Late Verjinder Kaur. She belongs to a traditional Punjabi family. She grew up with her brother and sister, Rubal Singh and Lisa Singh respectively. Gracy started her career with the dance group, The Planets while completing her graduation. She has developed an interest in acting and dancing since childhood.

Gracy has completed her schooling from Manav Sthali School, Delhi. She has participated in many dance competitions. She is a well-trained Bharatnatyam and Odissi dancer. Gracy is often praised for her dancing style. She has got her degree in Arts from Delhi University.

Gracy is a popular face in entertainment industry. She has been active in acting since 1999. She began her career as a television actress in TV show, Amanat, played the role of sister of female lead. Later, she was seen in in Doordarshan’s show Prithviraj Chauhan. Gracy simultaneously worked in Bollywood films like Hu Tu Tu and Hum Aapke Dil Mein Rehte Hain.

In 2001, Gracy came into limelight by playing role of Gauri opposite to Aamir Khan in Ashutosh Gowariker directed film Lagaan. She got immense popularity in Bollywood film industry and this was nominated for the best foreign language film at the Academy Award nominations ceremony. Gracy was later part of many popular Hindi films including Gangaajal, The White Land, Qayamat Hi Qayamat etc.

She is famous for playing an expansive range of roles in various film genres like Telugu and Punjabi.

Some Facts About Gracy Singh

If you have more details about Gracy Singh. Please comment below we will updated within a hour.